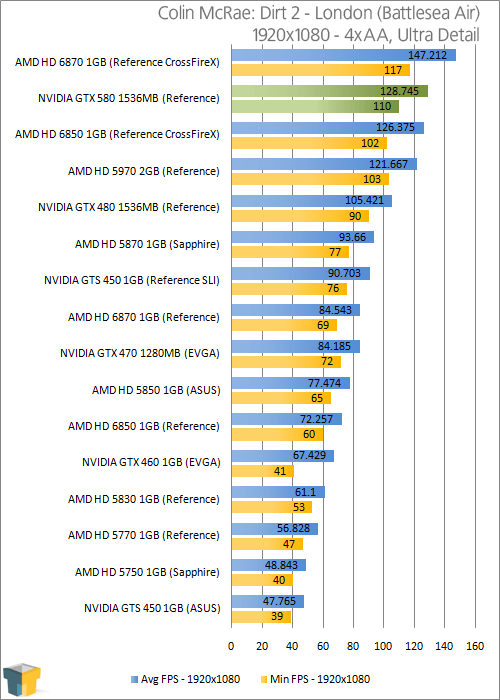 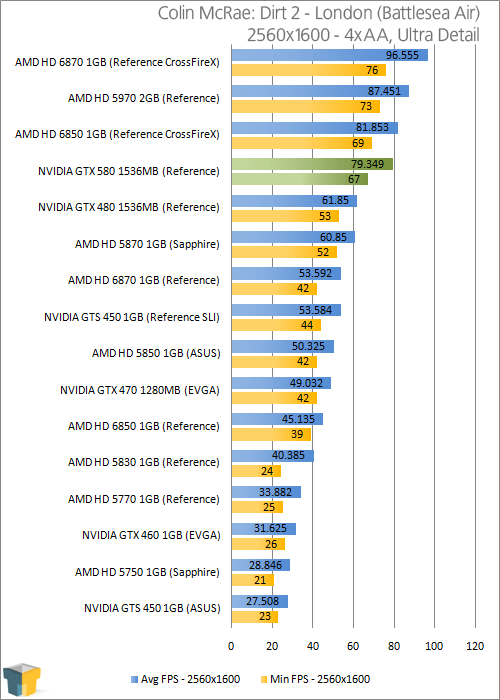 Because Dirt 2 typically favors Radeon cards more than GeForces, these results are about what I expected, but I’m a little surprised that the GTX 580 kept up quite this well. It even performs favorably to our CrossFireX setups, although when pricing is involved, the $360 it costs for two HD 6850’s does seem a little more desirable.

Dirt 2 might still be a great-looking game, but it happens to work well on a variety of GPUs at topped-out settings, and the GTX 580 of course is no different.