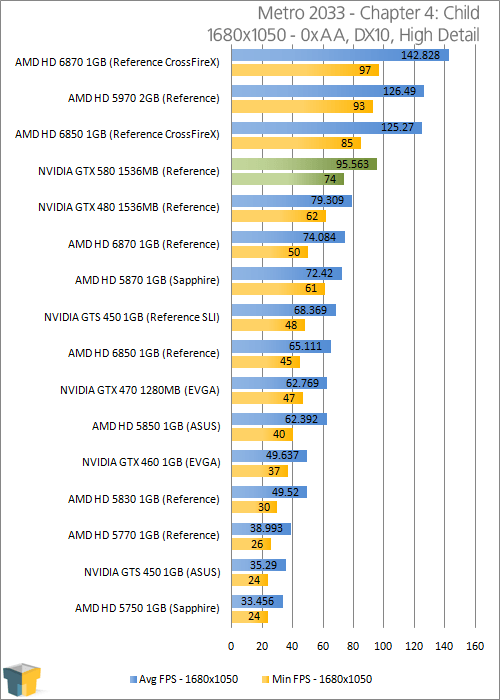 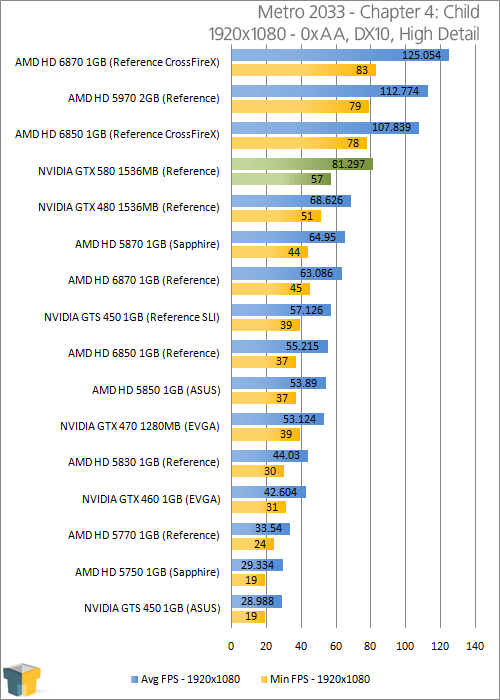 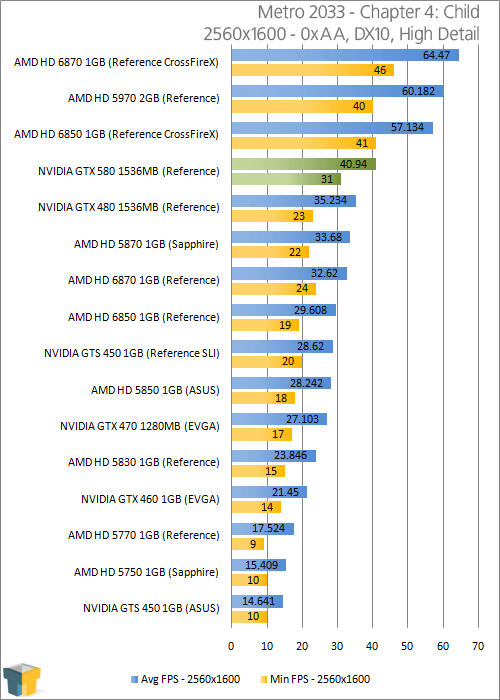 Metro 2033 is so AMD-bound, it’s almost a little insulting. At the same time, it’s also insulting that DirectX 11 mode is still unplayable at decent settings with even the GTX 580. At the settings above though, NVIDIA’s latest broke through the 40 FPS mark which is key.

40 FPS is about the limit as far as “best playable” goes, and the GTX 580 hit that fine. Metro 2033 is a strange first-person shooter where 40 FPS almost feels like 60 FPS, so 40 FPS here is very much playable – especially in order to retain the higher detail settings.