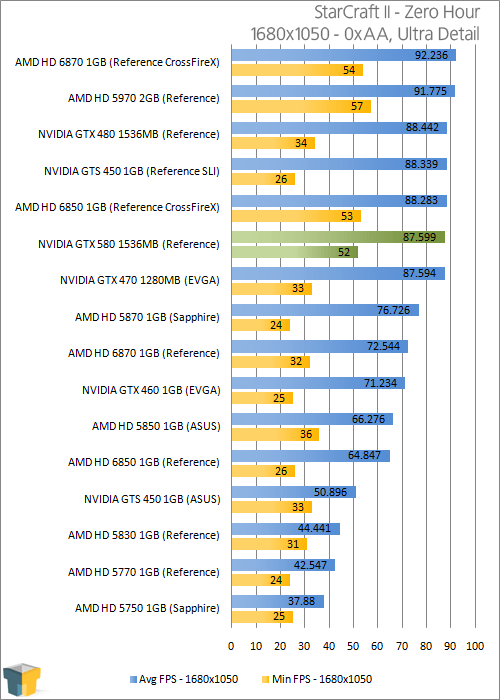 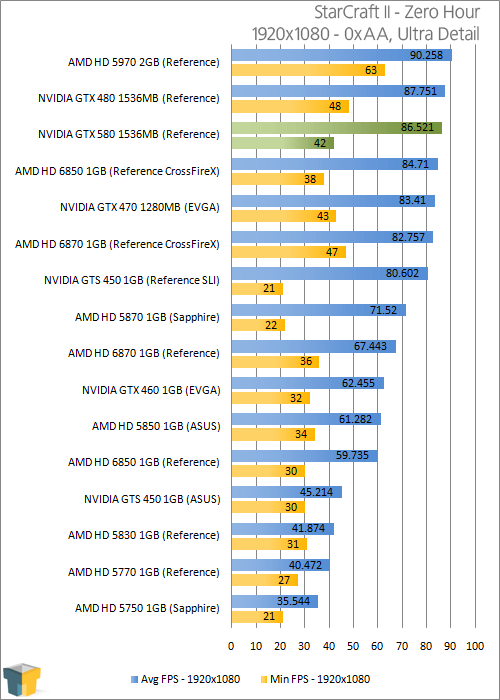 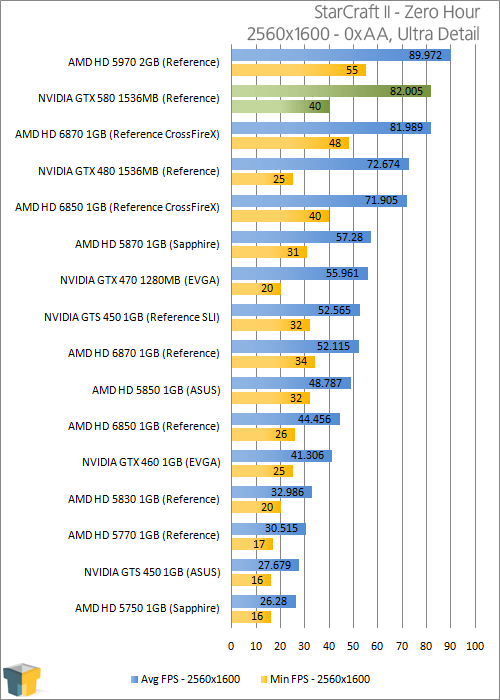 StarCraft II is a good-looking game, but it doesn’t require a powerhouse to run. In fact, at most resolutions, cards like the GTX 580 just can’t be touched. It’s the higher resolutions when that card begins to strut its stuff, settling in beside our HD 6870 CrossFireX configuration.

It goes without saying, on a card like the GTX 580, you can run any settings you please, at any resolution. If only more games were like this!