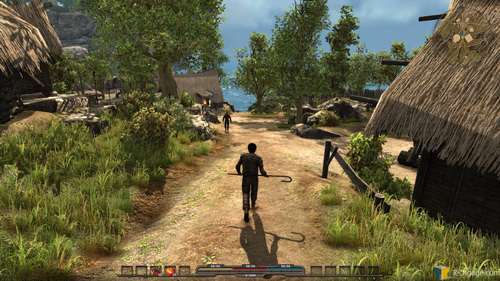 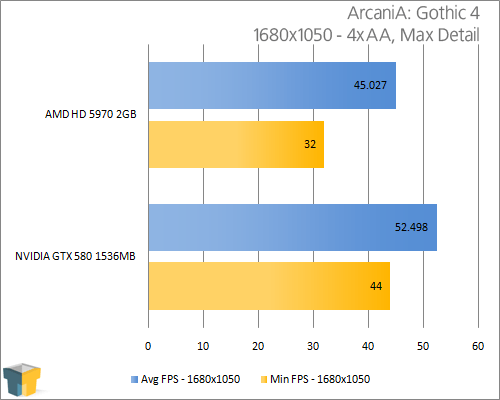 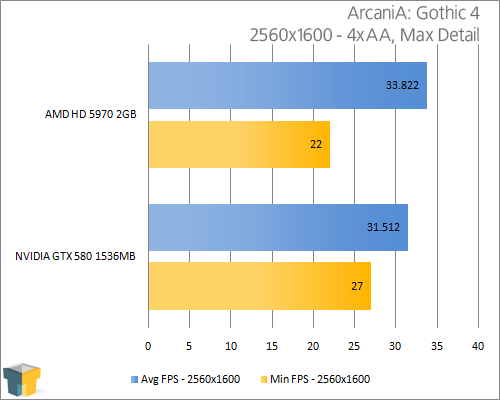 Once again, NVIDIA pulls ahead here. It’s far from being a wide margin, but it’s still substantial enough when dealing with framerates these “low”.

The original H.A.W.X. game delivered the best of both worlds for Tom Clancy game fans, gorgeous graphics, fight, and intriguing gameplay. H.A.W.X. 2 follows up on that, and amps up each of those aspects. This time around, it brings good use of tessellation to the table. 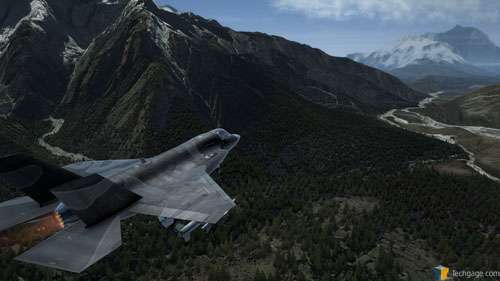 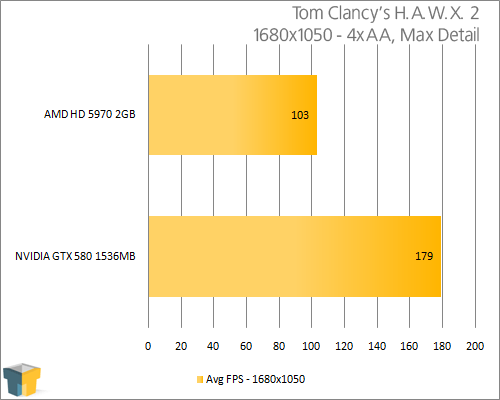 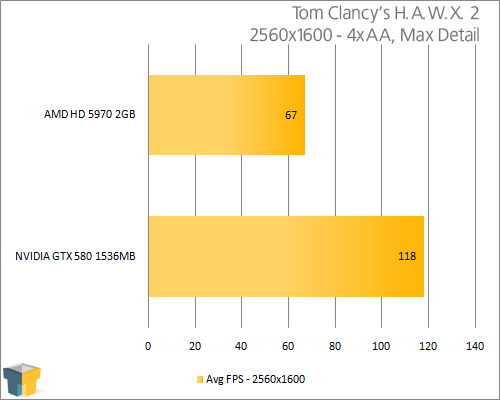 Because NVIDIA’s current GPU architecture includes optimizations for tessellation, major improvements in performance can be seen… there’s just no comparison. On the other hand, though, I don’t think anyone is going to be unhappy with 67 FPS at 2560×1600, either. Both cards handle the game beautifully, but NVIDIA’s tessellation strength stands out.