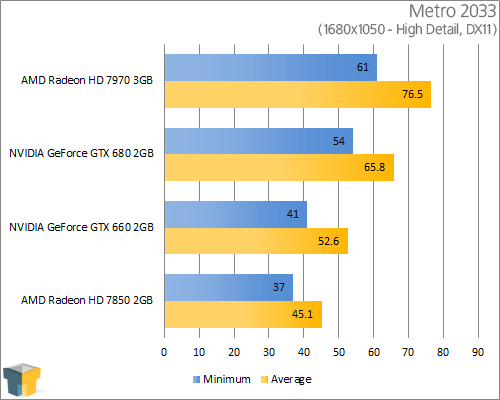 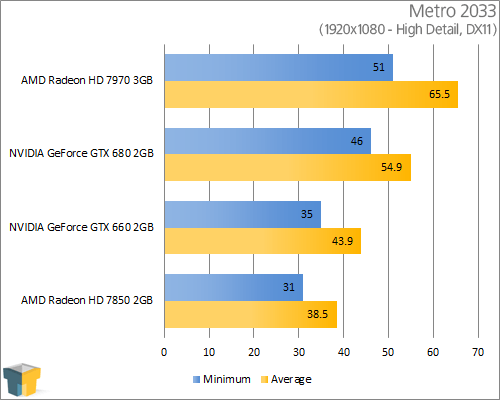 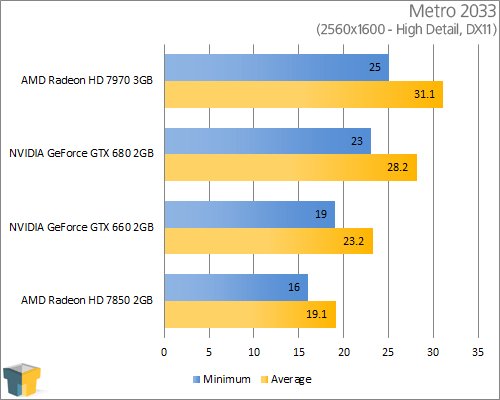 When a game can make the mighty GTX 680 whimper, what hope does a GTX 660 have? At 1680×1050, using DX11 at High detail, the game is perfect. But increasing the resolution quickly renders a problem (no pun). While 1080p might be doable for some, many are going to prefer to go the route of dropping to DX10. The game performance will significantly improve without sacrificing the visuals too much.