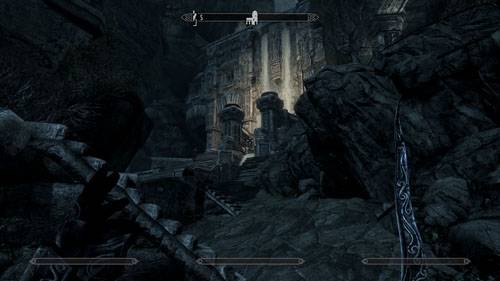 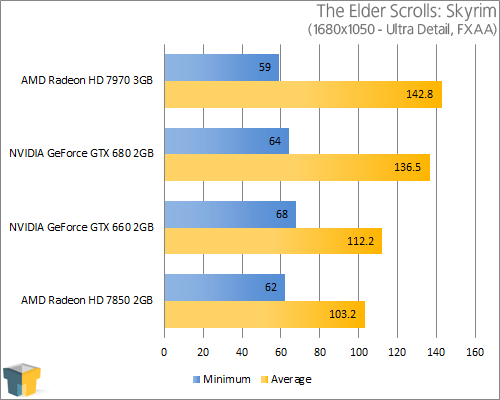 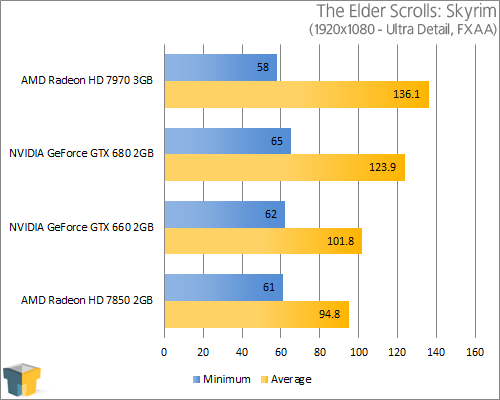 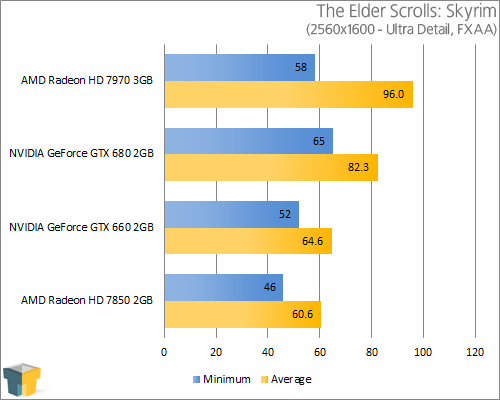 Skyrim is the weakest game graphically in our line-up, so it’s of little surprise that the GTX 660 handles the game no problem, straight up to 2560×1600 and with max detail. As mentioned with DiRT: Showdown, multi-monitor with 1440×900 displays should be able to handle this game no problem on a GTX 660. That’s a big bang for the buck, right there.