Strategy games are well-known for pushing the limits of any system, and few others do this as well as Total War: SHOGUN 2. It fully supports DX11, has huge battlefields to overlook with hundreds or thousands of units, and a ton of graphics options to adjust. It’s quite simply a beast of a game. 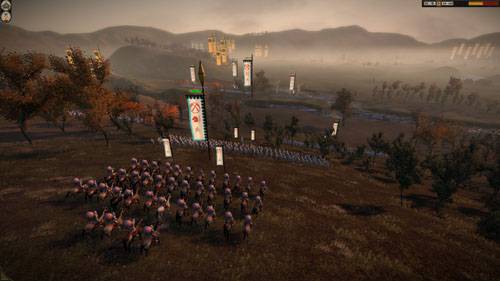 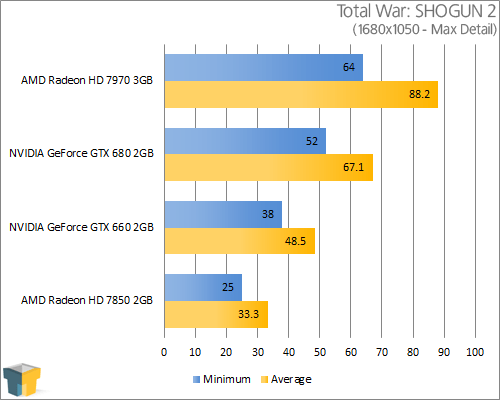 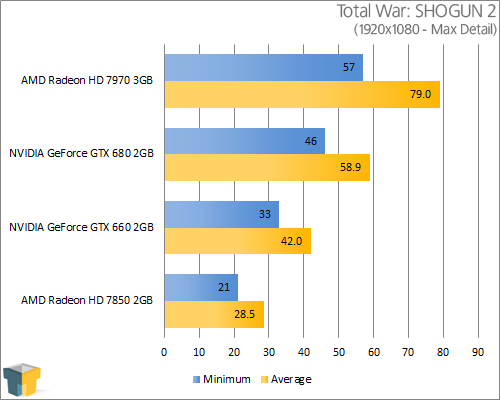 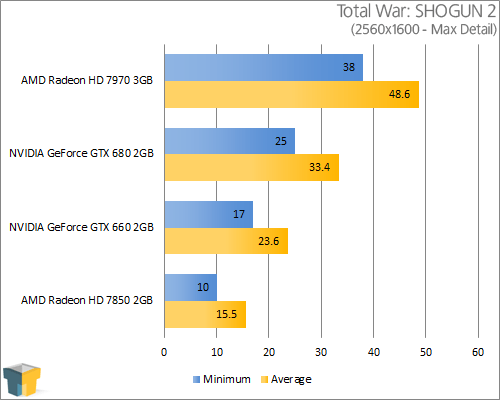 Like DiRT: Showdown, AMD has optimized its drivers for SHOGUN 2, and it shows. But regardless of the GPU, it’s going to get a serious workout at 1080p if you plan on maxing out the detail settings. At 1680×1050, the GTX 660 holds a “just playable” FPS, while anything past that is out of the question. Still, when a game can prove to be an amazing test for our top-end GPUs here, there is only so much you can expect of a $229 offering. The performance seen here is good, but for 1080p and higher, you’ll want to moderate your settings a little bit.