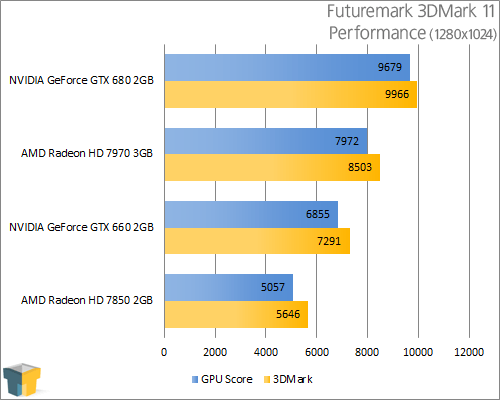 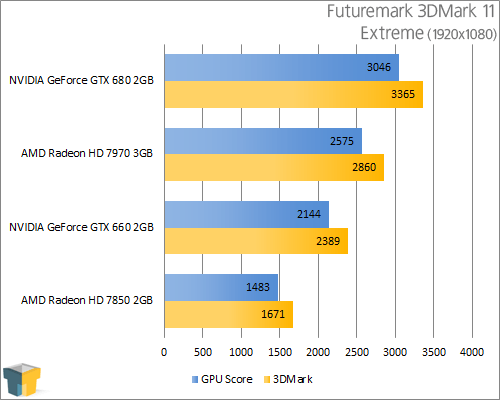 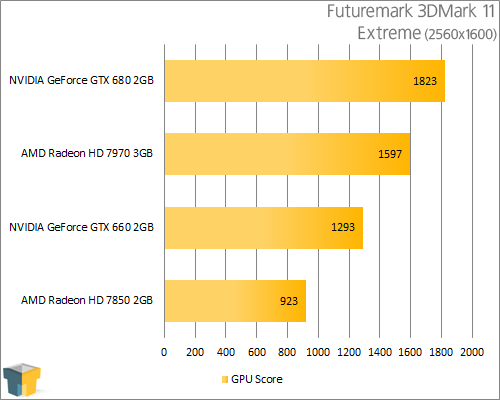 Through our normal benchmarks, both the GTX 660 and HD 7850 have scaled pretty much evenly, and 3DMark 11 backs all that up. In the best case, the GTX 660 will perform about 35% faster than the HD 7850 – not bad given the slim price difference.