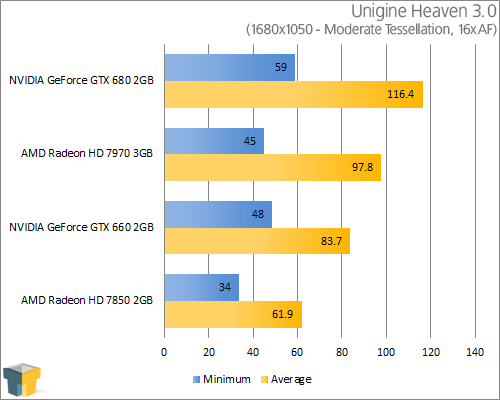 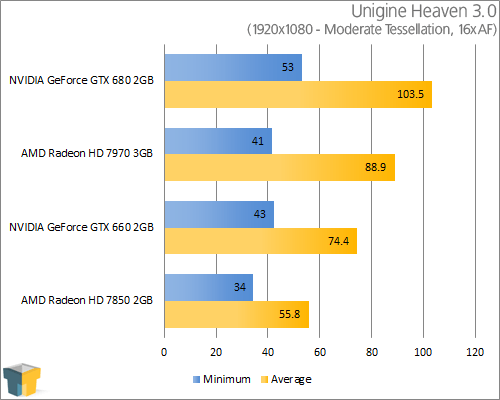 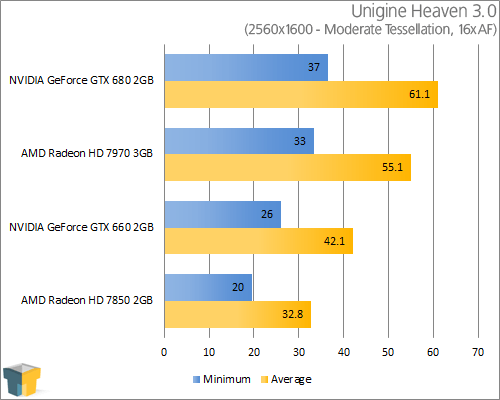 Much like every other test we’ve conducted here, Heaven 3.0 wages that the GTX 660 is quite a bit faster than the HD 7850 at any given resolution. With all we’ve seen so far, this is little surprise.