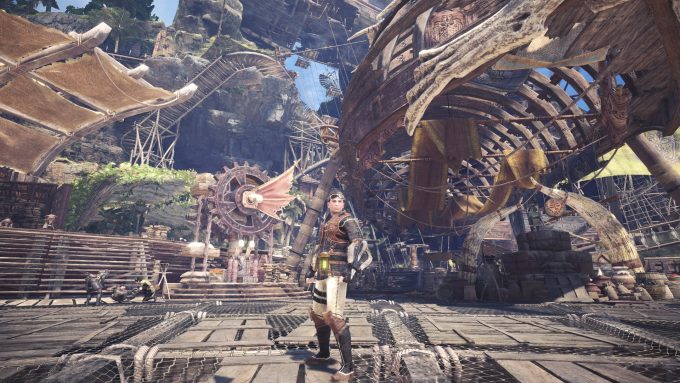 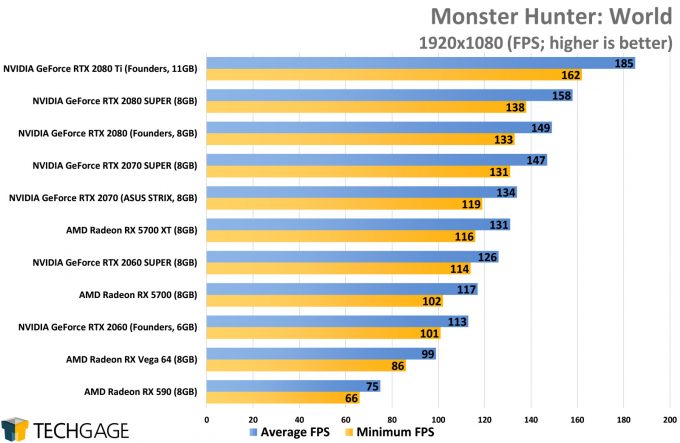 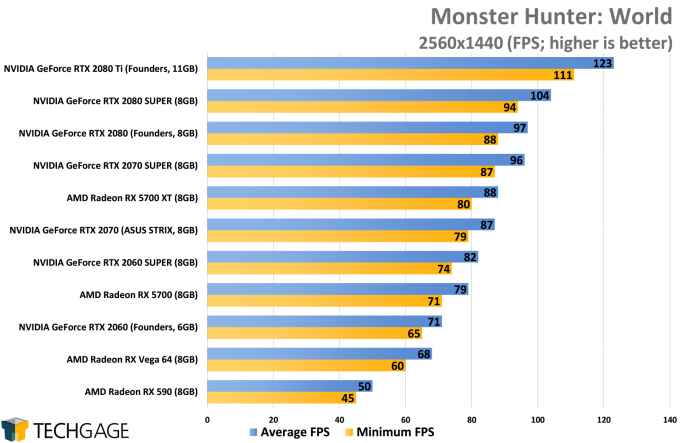 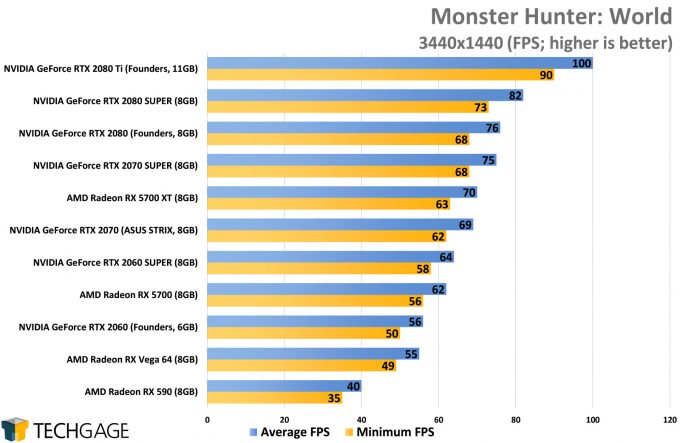 One thing that’s been fairly clear up to this point is that the 2080 Ti isn’t taking it easy on the rest of the pack. While the 2080 SUPER is a truly fast GPU, it still falls behind the 2080 Ti a fair bit in most cases. This probably explains why there’s not a bigger gain with SUPER than there is, else we’d eat into the Ti territory a little bit. Performance aside, the Ti also offers more VRAM, and additional RT / Tensor cores for those accelerated workloads.

In Monster Hunter World, the RTX 2080 SUPER hit 82 FPS at the ultrawide resolution, jumping 6 FPS ahead of the 2080 FE. At 1440p, it easily hits 100 FPS, with its minimums not falling too far behind that. Not too shabby considering high detail levels are used, along with the high-res texture pack. 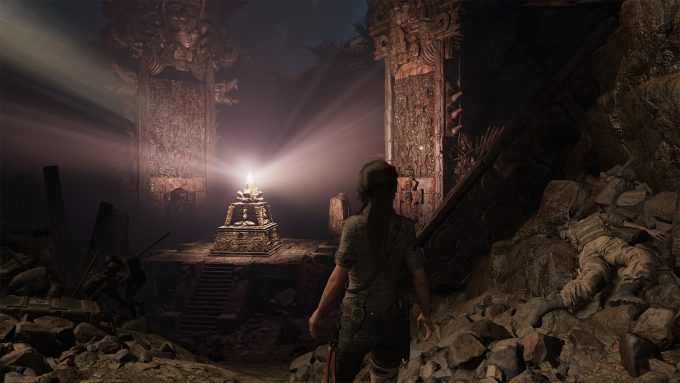 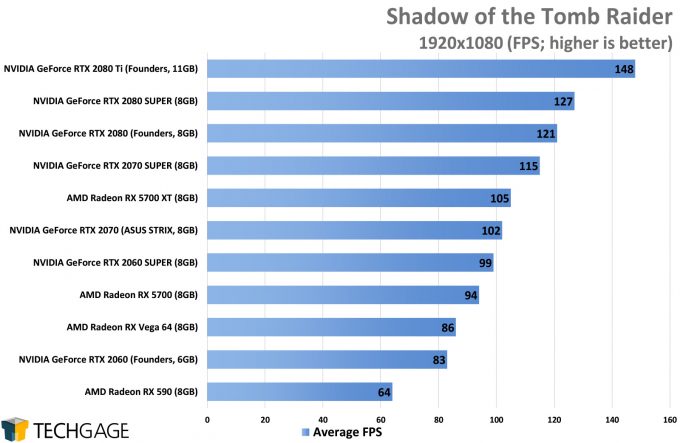 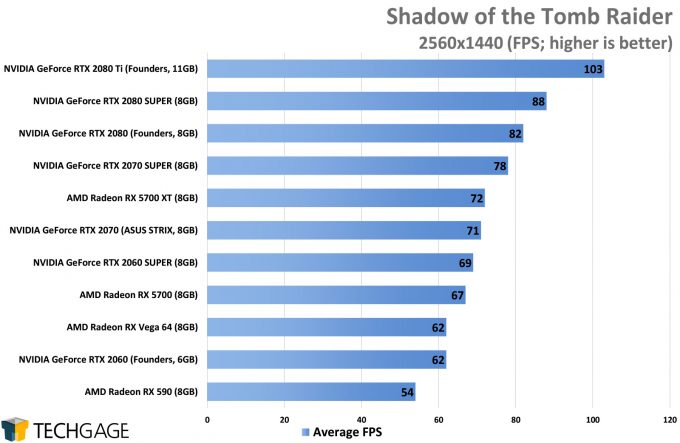 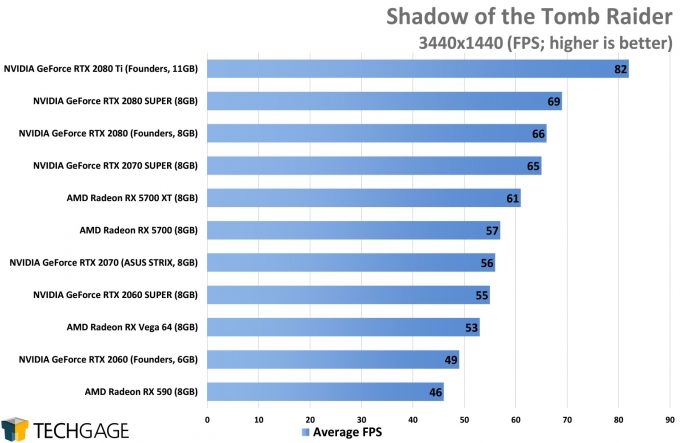 Once again, the 2080 Ti proves that it’s the top dog, pulling well ahead of the 2080 SUPER in all of these resolutions. Granted, whether or not that boost is worth the extra $300 is going to vary from person to person, but again, that card also offers a bigger framebuffer, so NVIDIA is doing a decent enough job of segmenting its current lineup.

In truth, 1080p is such a modest resolution for a card like the 2080 SUPER, it could have been skipped over in favor of 4K testing. But with so much other testing going on right now, we had to skip that for now. Ultimately, what we’re seeing is strong performance from the 2080S at all resolutions. 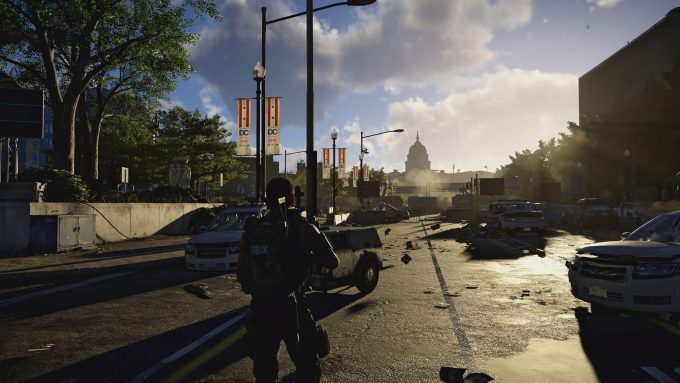 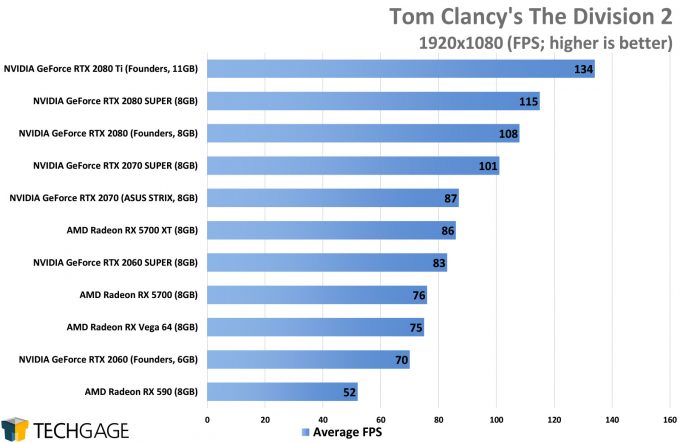 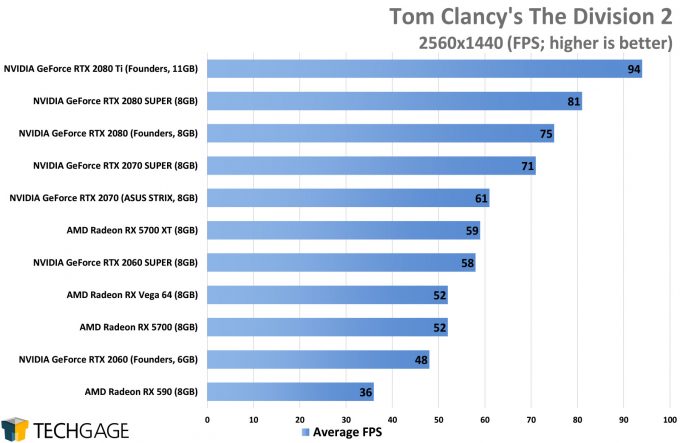 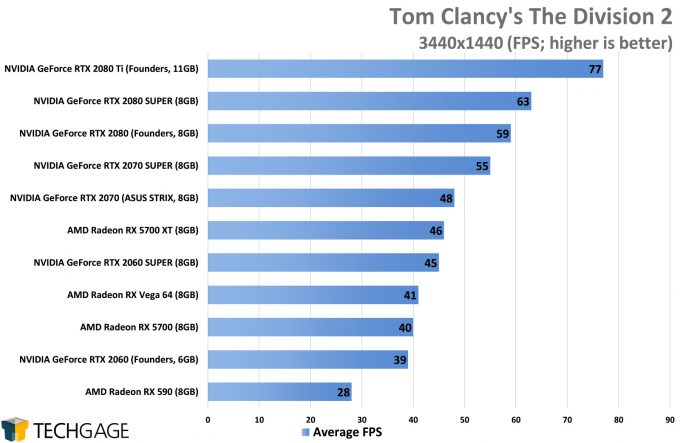 The Division 2 is quite a bit meatier than some of the other games in this lineup, with our 2080 SUPER hitting just over 60 FPS at 3440×1440, and 80 FPS at 1440p. Like many games featured here, if the top-end graphics settings prove to be too much, there are many options you can fiddle with to improve the situation. Unfortunately, you have to double-check that your new settings actually applied before playing, as we’ve had the game reset our changes on us on multiple occasions (scripts to re-import graphics settings help a lot with our sanity during testing).