Along with the new PhysX Pack #1 comes a few new tech demos, all of which we’ll tackle here in some detail. I’ll briefly benchmark the ‘Fluid’ and ‘MKZ’ demos, since it’s easy to do and gives us an accurate representation of how the GPUs scale. Generally, techdemos are needless to benchmark as they don’t represent real-world gameplay, like UT III and GRAW, but that doesn’t make them any less cool to toy around with.

The demos available with the Pack #1 are ‘Great Kulu’, ‘Metal Knight Zero’, ‘Fluid’ and also ‘Nurien’. Kulu and Fluid are both interactive, but the other two are not. The Great Kulu demo is the most interesting of the bunch, mainly because you get to deal with a freaking mutant squid.

The Great Kulu is a techdemo built presumably in-house at NVIDIA and utilizes the Unreal Engine III game engine (aka the same engine many other games use). Since one of UE III’s features is PhysX support, it makes all the sense in the world to build a techdemo around it, to showcase just what PhysX is capable of in a real title.

You start off the demo inside a small room with one heck of an ugly squid that I’m sure will end up giving me nightmares. The goal of the demo is of course to show off PhysX, but it goes beyond what most games and techdemos do, which usually confine you to blowing stuff up. Here, the squid is part of the PhysX action and reacts to your gun’s electric shocks, and it itself moves in a realistic fashion. 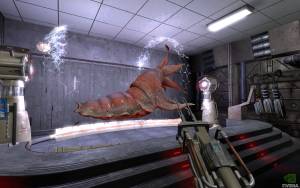 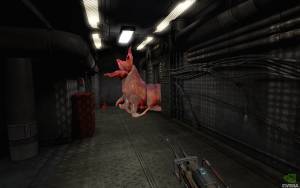 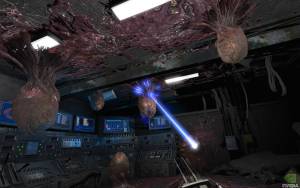 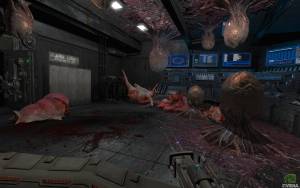 As the demo continues, you’ll see the squid push his way through a few doorways, which is actually quite fun to watch. You can see his blubber move through the door, and he has to give it more than one go just to make it through. Towards the end of the demo, you acquire a gun that shoots a grenade-like explosive into his skin. Moments later, boom.

This part was tons of fun, because when it ‘sploded all over the place, you can see pieces of the body still jello-ing on the ground, and it actually looks quite realistic. Well, as realistic as a mutant squid blown to bits would be, I suppose.

We’ve all seen fluid-based physics demos, but these two are actually somewhat interesting. The ‘Outdoor Scene’ showcases a small base with a massive pipe situated on top of one building. Out spurts a constant stream of dark water, clear water, oil or spheres, based on your choice. 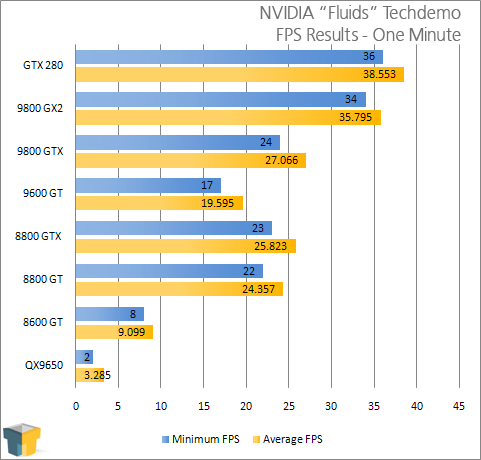 The other demo shows a see-thru NVIDIA logo that contains the same substances as the first test, allowing you to rotate to your heart’s content. You can judge by the images just how addictive these tests can be, and you’d be right to assume so. Both are fun to play with, and further show what PhysX is capable of. 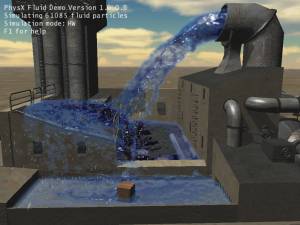 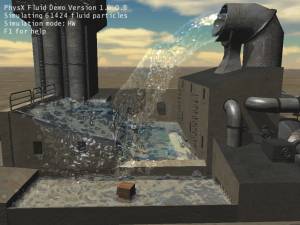 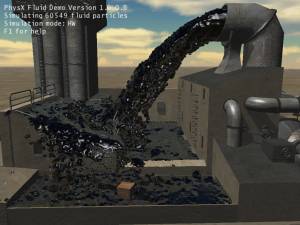 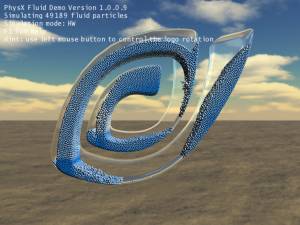 Did I mention they’re addictive?

Given that there is a demand for social networking tools and barely any exist, Nurien deserves the right to show us what it’s made of. This application is a little different than the rest though, as the graphics are actually good, unlike something akin to Second Life that people put up with for no reason, despite the fact that its graphics would have been considered very lackluster ten years ago.

I digress. Similar to Second Life, Nurien will allow users to create unique avatars, own the latest fashions, in-game objects, handle photos and video, and of course chat to each other. “How in the world is PhysX used here?????“, you ask? 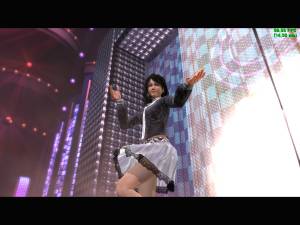 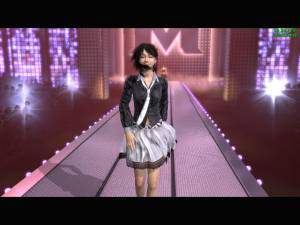 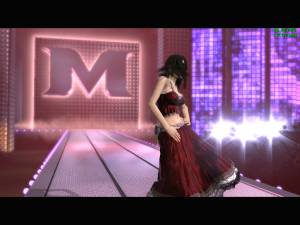 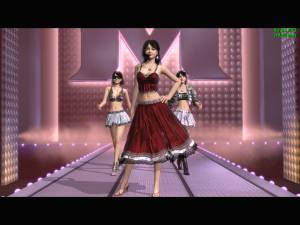 The demo features a runway with very attractive fake women walking along showing-off their latest fashions. Surprisingly enough, the demo is based on UE III as well, so clothing utilizes realistic cloth simulations, as well as the curtains. Hair moves realistically and smoke particles also fill the air.

Sure, this is one weird way to show off PhysX, but it definitely gets the point across. Imagine such realism on the avatars in any one of your other games. If they moved this realistically, it would certainly add to the fun-factor.