What if I told you that a $30 part can help improve your GPU’s temperatures by around 46°C at load compared to stock cooling? Crazy, right? Well, NZXT’s Kraken G10 might be nothing more than a steel bracket and mounting hardware, but pair it with a compatible AIO CPU water cooler, and you’ve got the hottest cooling equipment combo ever.

Testing the effectiveness of the Kraken G10 GPU Bracket was a straightforward process.  It basically comes down to two things:  1)  Is it easy to install onto a video card?  and 2)  Would installing it result in a cooling performance benefit for your GPU?

The installation phase of the Kraken G10 might seem intimidating, especially for users who have never uninstalled their graphics cards’ stock cooling solutions.  In practice, if you can turn a screwdriver and/or a Torx driver (this really is 90% of what’s required), you can remove any graphics card’s stock cooler.

NZXT’s installation instructions for its G10 are easy to follow.  The diagrams are well-drawn and are augmented with basic textual instructions.  All told, going carefully and checking fits a few times before fastening things down, installation of the NZXT X40 onto the GTX 680 using the G10 bracket took about an hour and a half.  This time includes removal of the stock cooler.  I’d say that if I had to do things over, I could perform the installation in half the time.

But ease of installation is just one part of the equation.  The whole point, though, of using the Kraken G10 is to see whether or not adapting an Asetek-designed CPU AIO water cooler for use on a GPU is a performance enhancement.

I think these testing results speak for themselves. 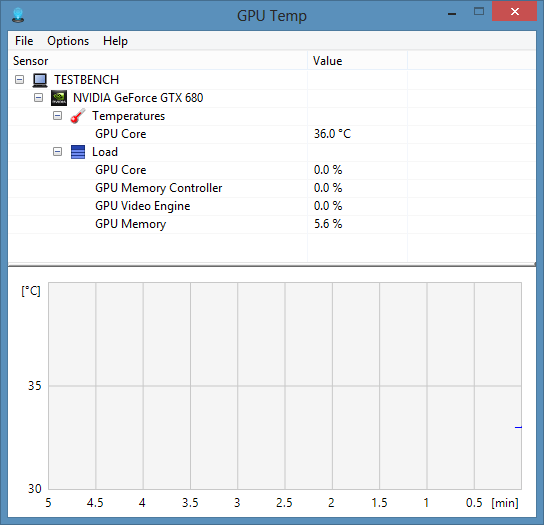 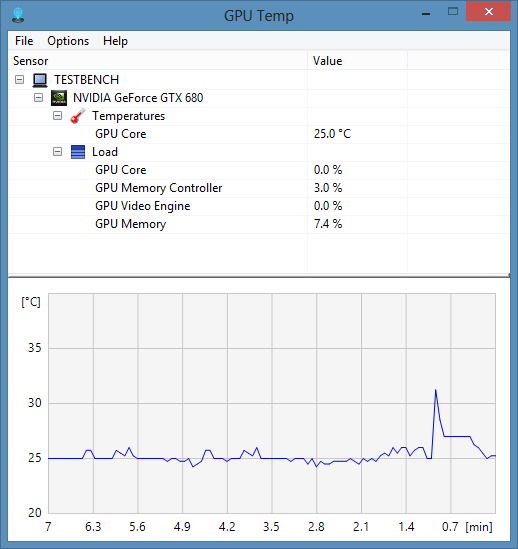 And things are, if anything, even more impressive when you put the GPU through a maximum load condition. 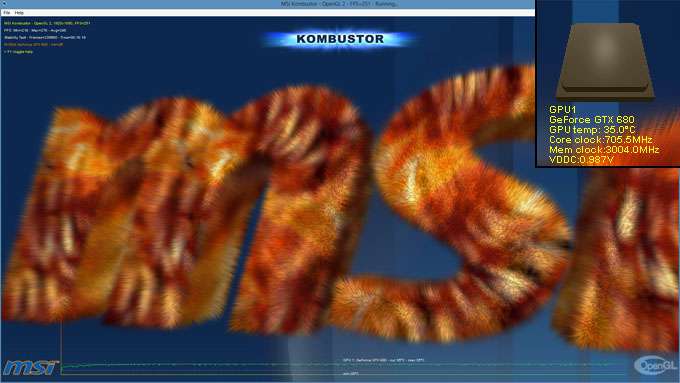 Just to put these numbers into some kind of context, I have another GTX 680 in my everyday PC.  This GTX 680 is part of my custom water loop, where both the GPU and the CPU are cooled with an XSPC RX360 radiator fitted with six Scythe Gentle Typhoons in a push-pull configuration.  The GPU has an EK EK-FC680 Acetal + Nickel full coverage block.  Run through similar conditions (same ambient temperature, same testing procedures), the best temperature I got for the GPU temperature is 96.8°F/36°C.  It’s hard to say whether or not I could get improved temperatures if I ran this GTX 680 on its own water loop, but the fact that the one fitted with the NZXT Kraken is on a par with a custom water cooling solution is hugely impressive.

Each temperature test run was conducted at the reported ambient temperature (72°F/22.22°C) each time, controlled through my apartment’s central temperature controls.  I did each test five times, with a cool-down period of ten minutes each between runs augmented with an electric fan cooling down the test machine after each test.  Idle temperatures were taken ten minutes after each cold boot; max-load runs were all twenty minutes long (I observed that temperatures didn’t tend to increase at all past the ten minute mark using MSI Kombustor).  The NZXT X40’s 140mm fan was at maximum RPM during all tests.  I tried to control as many possible variables in this set of tests so that the only changes were in the cooling equipment installed.

The NZXT Kraken G10 might “just” be an adapter that allows users to use an Asetek-sourced AIO CPU water cooler, but it’s supremely effective.  It allows for the easy installation of a compatible AIO CPU cooler onto a graphics card.  If you already own an AIO CPU cooler of this ilk but aren’t using it on a CPU, buying the Kraken G10 so that you can use it on your GPU is a brilliant way to improve your graphics card’s temperatures.

Cooler chips tend to live longer.  So using the Kraken G10 with a compatible AIO CPU cooler is an easy way to let your GPU run at far lower temperatures, both at idle and at maximum load, than you could ever expect with its stock cooling equipment.  Indeed, only a dedicated custom water cooling loop (i.e., a loop just for the graphics card) is a superior cooling solution. 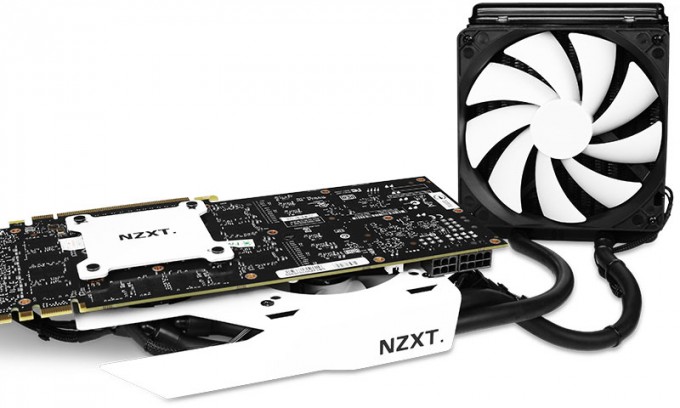 At an MSRP of $29.99, the Kraken G10 is possibly one of the best values in terms of performance improvement potential per dollar available.  (This is assuming you already have an AIO CPU cooler you’re not currently using.)  Available in red, white, and black, it should be easy to find one that’s perfect for your build.