Compared to most other PC components, the fan controller market is far from large. It’s a good thing, then, that companies like NZXT continue to release models that we can call “awesome”. Does the company’s latest, the Sentry 3, earn the same praise? There’s only one way to find out – let’s get it installed.

What exactly is a fan controller, and why do I need one for my computer? A fan controller, like the Sentry 3 I’m taking a look at here, gives you complete control over the fans in your computer. Most common controllers fit into a 5.25″ bay, while some others might come built into a case itself.

Nonetheless, the Sentry 3 isn’t an ordinary fan controller – it’s a touchscreen fan controller. With this touchscreen, you can spice-up the look of your PC, and monitor important information at the same time, like temperature (using a sensor that you can place anywhere in your case) and of course, fan speeds.

Why would you need this kind of control? After all, these are just cooling fans, right? Yes, they are, and you can simply let your motherboard and BIOS decide when/how to control them. But, some BIOS programs do not manage this very well, as they will wait for the components to get quite warm before they decide to turn on.  You as the user know when you are about to work your system hard, and a fan controller gives you the ability to ramp-up your fans to stay ahead of the heat load. 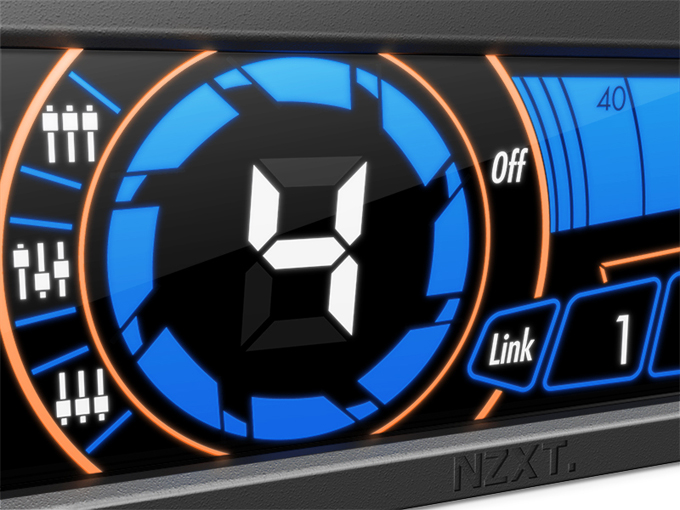 Beyond that problem, many motherboards lack a sufficient amount of fan headers, whereas NZXT’s Sentry 3 has five, with support for 15W per channel. 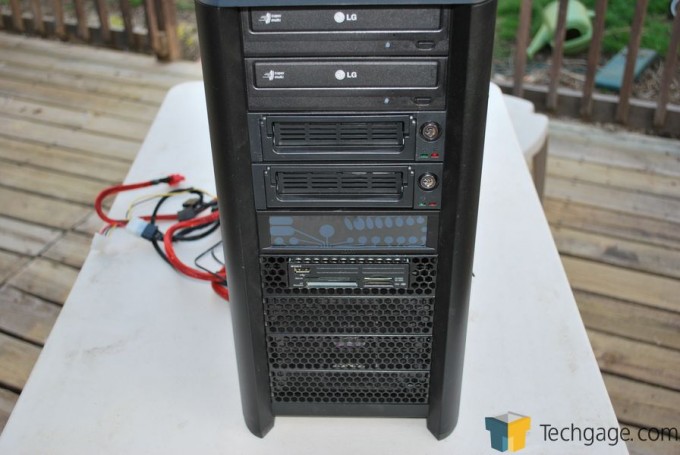 When you are really putting a load on your rig, you are going to want all the cooling that your system has to offer – afterall, cool components last longer and work more efficiently than hot ones.  However, when you are just browsing online, or playing an older game that your computer doesn’t even break a sweat over, you may choose to ramp down the speeds of your fans – not only for less noise, but also to extend the life of your fans.  Most fans are designed to run continuously at full speed, but wouldn’t it be nice to get more life/less chance of a failure when you can reduce the stress on-the-fly? 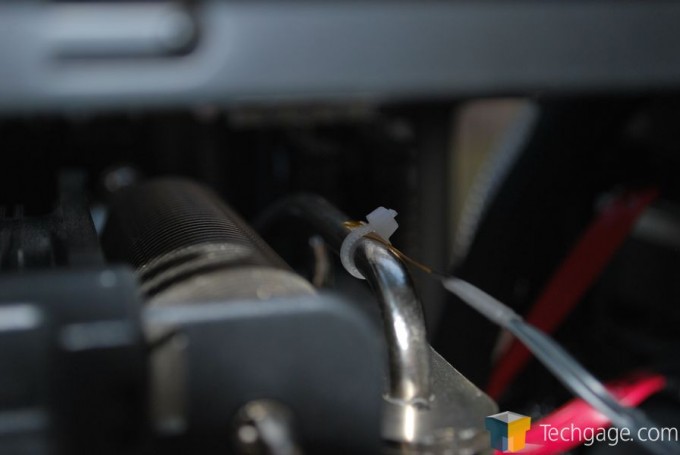 On the five available control channels, you can have up to three high performance fans – giving you a total of 15 fans controlled with this single controller.  Now let’s face it, most of us will not be having 15 fans in our systems.  I personally only have three fans that I am controlling with this device – my CPU cooler, a fan in the front and one at the back of my tower.  I have a large 200mm fan in the top of my case, but I did not want to disturb the factory wiring for it. 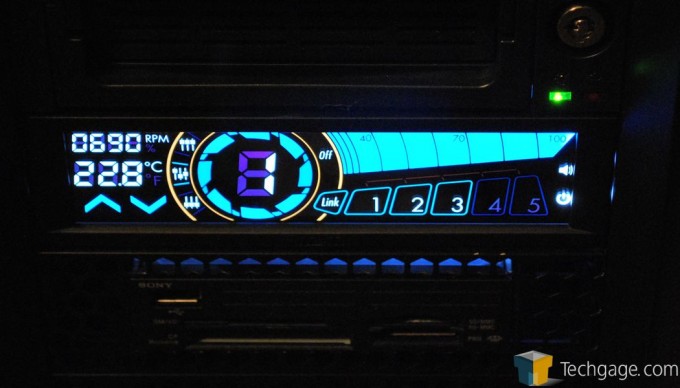 The Sentry 3 works exactly as it advertises.  The touchscreen is glass, and has a very nice feel to it, like on a modern smartphone.  The controls are quick and responsive, and easy enough to use.  The unit features a “PowerSlide Bar”, which allows you to change fan speeds with the swipe of a finger.  One complaint I do have, is that the unlit segments of the screen don’t go quite as dark as I would like, but it does not detract from the visibility of the display.

The controller also has an alarm that sounds if a fan dies; this works by implementing short circuit, undervoltage, and overvoltage protection to keep your computer safer.

After having used the Sentry 3 for a week, I can say that it’s a very nice device, and is certainly a top contender in the fan controller market. At its price level of $35, it’s almost worth buying just to increase the attractiveness of your case!