Building a new rig and can’t find a case that screams ‘gamer’? NZXT is a rather new company that’s making a splash in the case market, and they are releasing yet another new creation. This one is feature packed, looks great and it won’t even hurt the wallet.


The back of the case is like most others. There is a
removable motherboard connector panel, numerous card slots and the entry for the fan. The fan here is used for exhaust, so it will get rid of the warm air inside your computer. There is also an empty PSU space, so it’s ready to go. 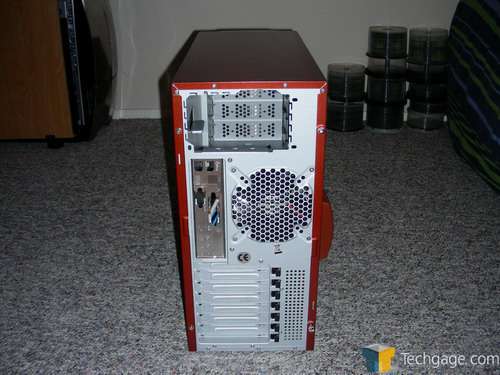 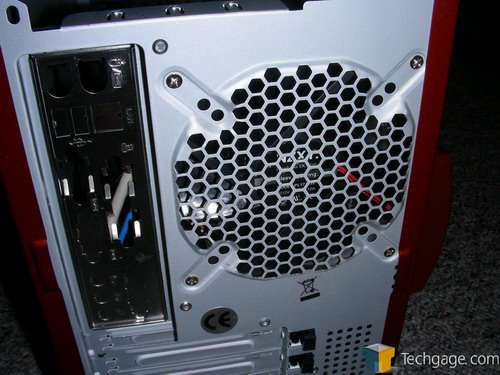 Here is the view from the side, before you throw everything in. We can see there isn’t too much to deal with in there, just some cords and a box. 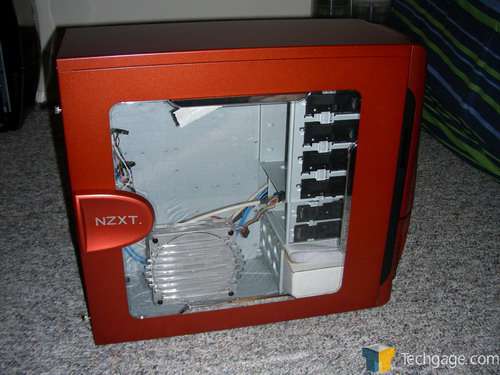 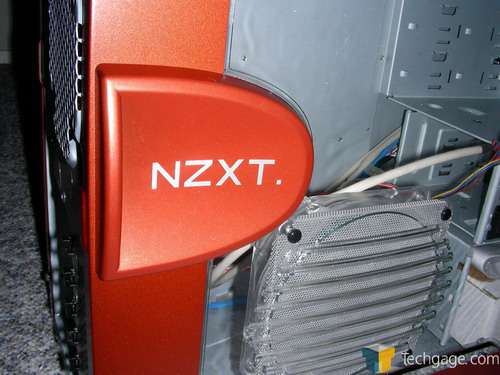 Here is a close up of the door fan, which sucks cool air in to blow towards your components. 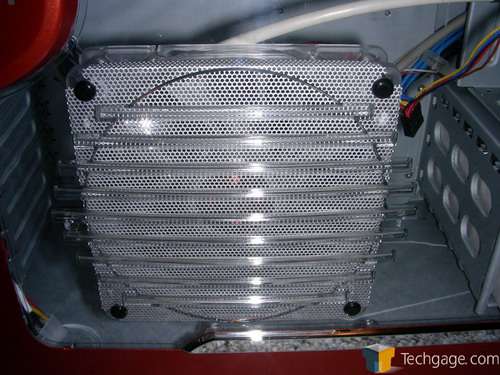 Here is shot of the door taken off. Obviously, we have quite a bit of room to work with here. Nothing is in the way at all, so transporting the stuff from my current case into this one should be a breeze. 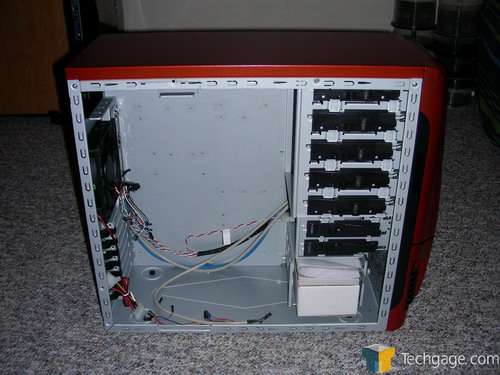 It’s becoming a common theme to make installing your CD-Rom drives simple, but this is a method I rarely see. Instead of clipping some plastic pieces to each end of your drive, you simply have to slide it in and move the black piece over until it clicks into one of the holes. Then you push down and it’s good to go. This was seen a few years ago in the Kingwin KT-424 WM case, and we should see it more often. The only downside, is that they are a little large looking. 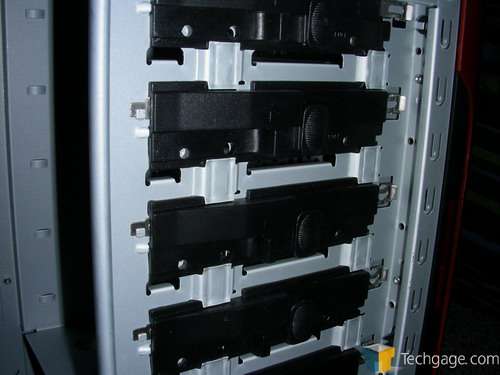