Building a new rig and can’t find a case that screams ‘gamer’? NZXT is a rather new company that’s making a splash in the case market, and they are releasing yet another new creation. This one is feature packed, looks great and it won’t even hurt the wallet.


The motherboard installed seamlessly, without a single hitch. Next up came the IDE connector. As you can see, there was plenty of room to work with, and I was able to tidily keep the cable to the side, so as to not block airflow. 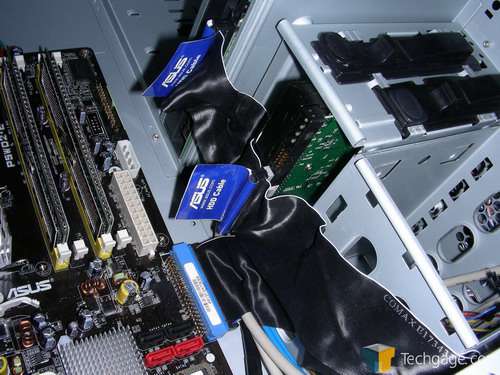 To install your graphics card, wifi card or whatever else you have, you need to push one of these black clips up. Once you do that, you can remove the metal guard and install the card. Once the card is in place, you snap this plastic piece back down to securely keep the card in place. Again, this was unbelievably easy. 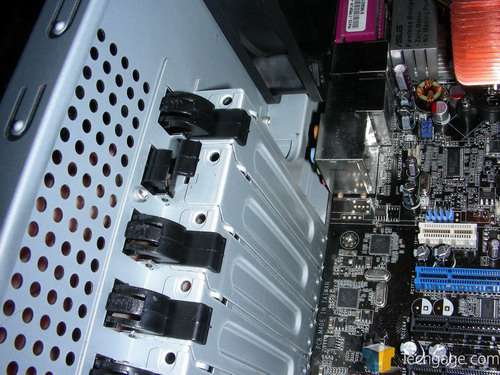 Next came installing the PSU, which sat in there just fine. The screw holes matched up, so installing this was again easy. The remaining connectors were snapped into their respective components, and the side was placed back on. The end result looks messy, but that’s the PSU’s fault, not the cases. The Antec Phantoms outputs are intertwined, so it’s very difficult to keep the cords tidy. 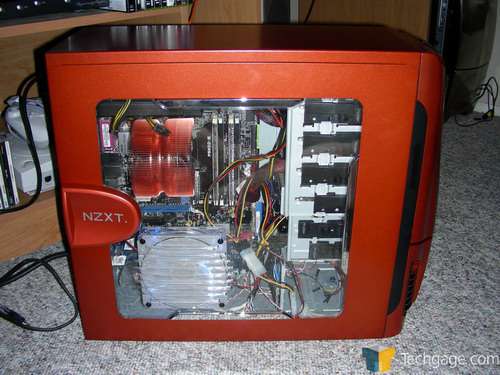 To test the case out, I mainly focused on CPU and motherboard temps. To do this, I ran an instance of Prime95 Small FFT on each CPU core along with PC Mark 05 looped for a 3 hour period. I recorded all temps using Lavalys Everest 2.80, which does a good job of spitting out such results to a simple HTML file.

I compared the temperatures to my previous AC Silentium T2 review, which included Lexa and T2 results. During those temperature readings, the ambient room temp was 80°F all the way through. During the three hours worth of testing the Apollo though, the temperature started off at 80°F, but rose to 85°F by the end. Please take this into consideration with some of the results.

It’s hard to pick a clear winner here. While one case may have had a better Minimum, another had a better Maximum. At stock speeds, the Apollo had similar results to the Lexa. At 3.92GHz, the case was 3°F higher than the previously reviewed Silentium T2. This -could- be due to the extra degrees in room temperature. The 9500AT is just not capable of handling a major overclock in this hot room. 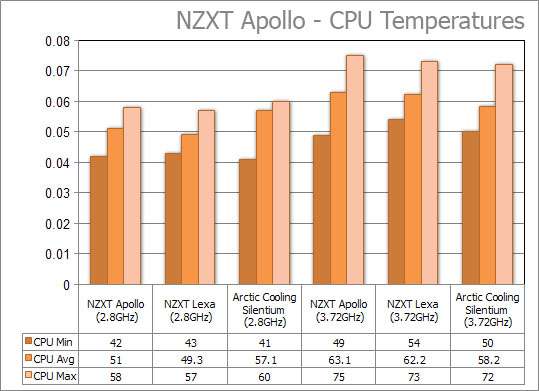 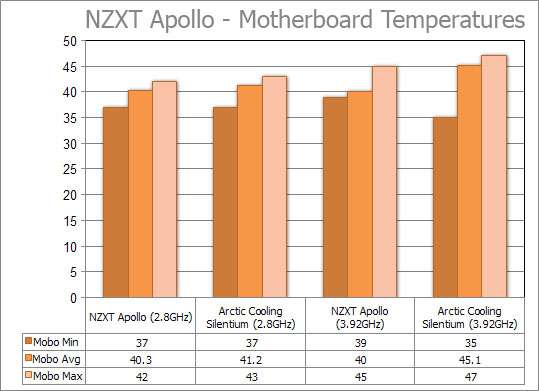 Motherboard temps, like the CPU results, are again tight. At our max overclock though, the Apollo managed a lower maximum temperature… shaving 2°F off what the Silentium managed. Overall, I have nothing bad to say about the temps… they are right in line with the Lexa. I did not have a spare 120mm fan lying around [I have no idea how that’s possible, so don’t ask ;)] so I was unable to test the temps with one mounted in the front. Chances are good that it will prove the extra boost to the airflow and keep your temps lower than without one.