The overall design of the Duet is elegant, somewhat evocative of their Lexa case while preserving straight edges and lines which will help this case fit in among high-end audio equipment. To conceal this case in an equipment rack, however, would be to do it a disservice in my opinion, since NZXT has served up a real looker, blending brushed and clear-anodized aluminum with a bold strip of glossy black plastic. Whether you desire a stylish case for your home theater PC or an eye-catching slim tower for a desktop application, the Duet’s convertible design and attractive styling can satisfy the need. I personally find the Duet’s aesthetics quite fetching. 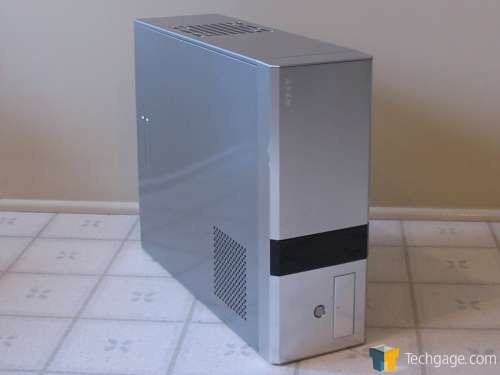 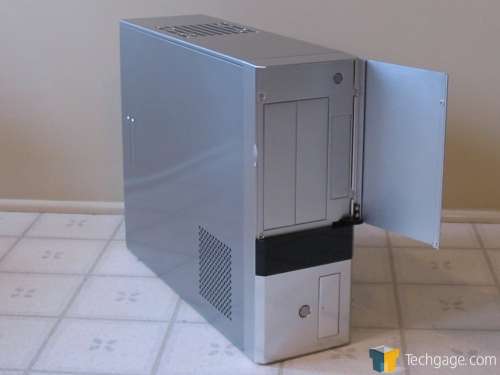 The NZXT Duet conceals its drive bays behind a door made of extruded aluminum. Pull the door to unlatch it, and it glides gracefully down rather than falling open with an unceremonious â€˜thunk’, which is a nice touch. Some PC enthusiasts don’t appreciate doors on cases, but the concealment of the optical drive and bay covers is essential to the overall styling of this case. This isn’t really what I think of as a typical enthusiast case anyway. 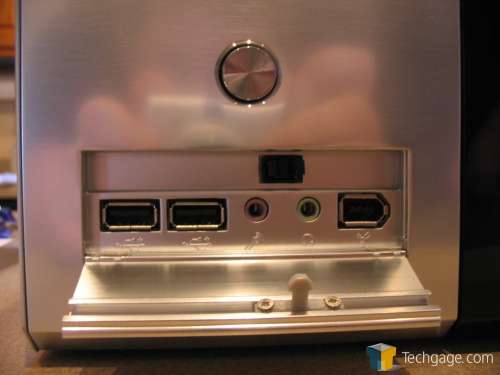 A second small door in the front of the case conceals audio, USB, and Firewire ports. The inclusion of a front Firewire port is good to see; connection of a video camera to a system built in the Duet should be hassle-free. The front USB ports provide easy insertion points for USB flash drives, and the front audio ports provide convenient connections to those using the Duet as a desktop PC case. It’s hard to find a case in this price range these days that doesn’t have these amenities. 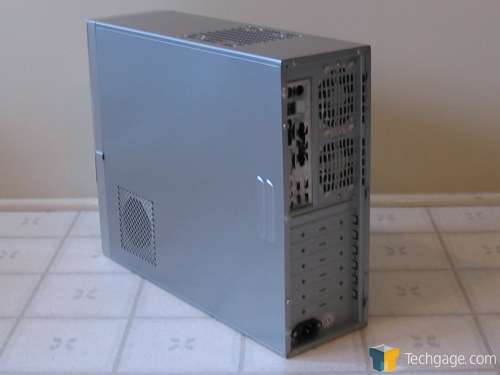 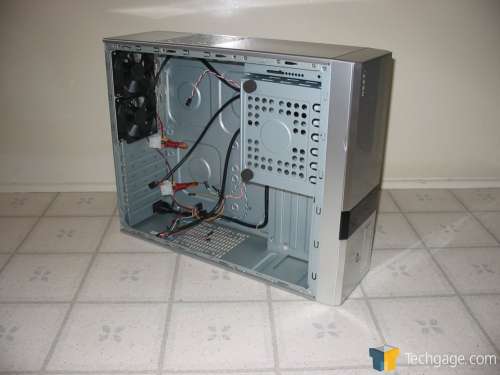 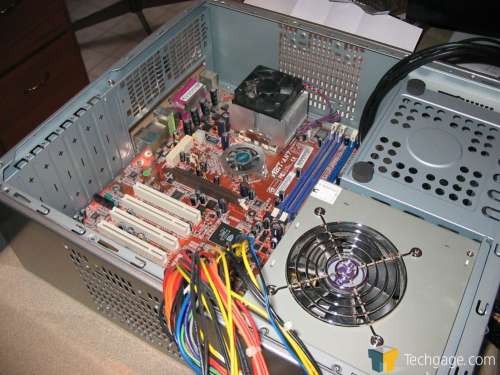 The NZXT Duet is a little case with a big heart. It has room for a full ATX motherboard, a feat accomplished by moving the unit’s power supply into the front half of the case, in the space below/to the left of the drive bays. Seven full-height expansion slot covers are provided. A short run of heavy power cable connects the IEC connector on the rear of the case to the power supply itself. This configuration does achieve some space savings, but it introduces a new concern. 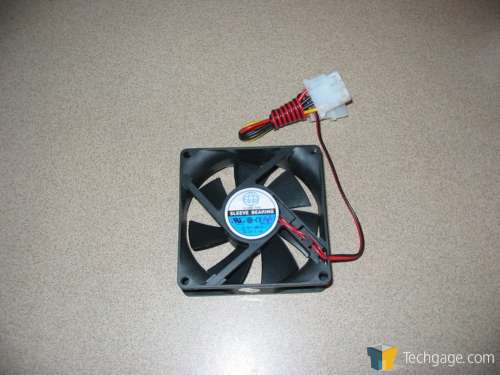 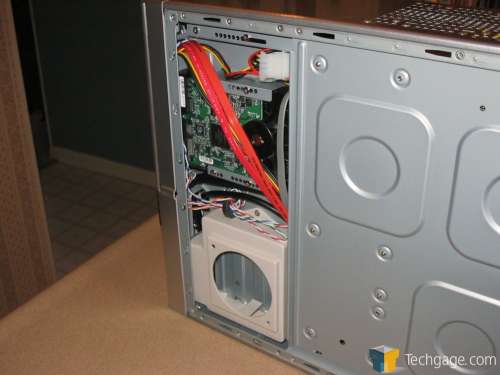 Cooling for the case is provided by two 80mm fans in the rear, right where you’d expect them to be. The supplied fans themselves are nothing special, branded Globe Fan. I’m not a fan of case bling, so I’m a bit relieved that these fans don’t sport LEDs, cold cathodes, strobe lights, UV sensitivity, or spinners on the fan grilles. This is, after all, a HTPC case. The fans mount to a plastic bracket, which slides into place and locks with a pair of screws. I’d rather screw my fans directly to the case metal, though â€“ plastic brackets tend to allow vibration and noise.

The fans are a low-speed model, and use sleeve bearings. Sleeve bearings in general are quieter than ball bearings, but typically last about 6 years in continuous service while a ball bearing fan can last 10. Longevity of these fans relative to the upgrade cycle of a PC isn’t a major concern, however, and sleeve-bearing fans tend to provide audible warning (in the form of some nasty bearing noises) before they fail.

An additional 80mm fan slot is provided at the front of the case, in a fan duct which works to exhaust the hot air from the power supply. If you use a fan in this space, make sure it is exhausting air â€“ otherwise you’ll be working against (!) the power supply’s own fan. An extra fan really isn’t necessary in this spot, I think.

Next, we’ll take a look at the process of assembling a system in the Duet.