With NZXT having expanded its product portfolio on multiple occasions throughout the years, the introduction of its first-ever CPU cooler, HAVIK 140, almost didn’t even come as a surprise. But, how good is it? Well, it’s big, has dual fans, aims for silence, and looks aesthetically-pleasing, so it holds a good chance of impressing.

Let me start off by saying that I love getting in on the ground floor when a company branches off into an area of the computer hardware market other than what it has built its name on. It allows me to look at three key points; did the development team do its homework, is there a quality manufacturing process or OEM in place, and is the company listening to those who ultimately end up paying the bills – us?

All three of these questions will hopefully be answered after we take a look at the first and only CPU cooler in NZXT’s portfolio, the HAVIK 140. 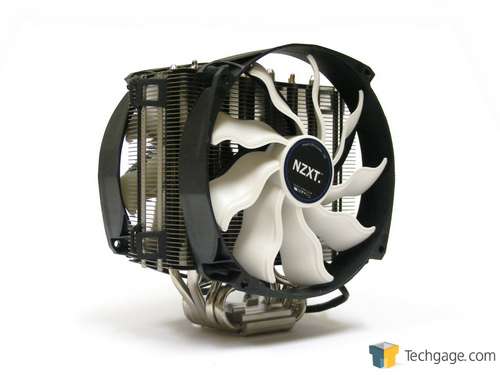 Off the top, it’s evident that this is not a small cooler, although standing 160mm high and weighing 1,035g with both fans installed, it still lags behind some of the monster coolers available today. Both the leading and trailing edges of the 46 aluminum fins have been ground down to a thinner profile to help increase airflow while reducing noise. This is something that I am not used to seeing but makes sense given basic aerodynamics. 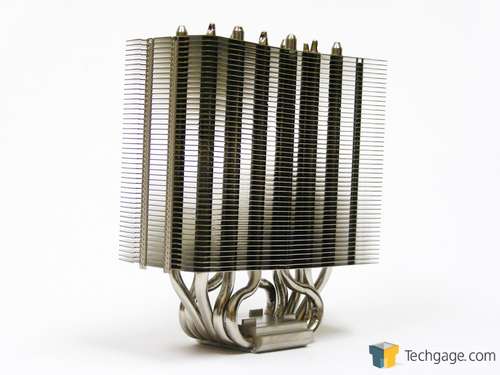 The fins are soldered onto six 6mm nickel-plated copper heatpipes bent into U-shapes and staggered in six rows of two. The two heatpipes in each row are spaced far enough apart from one another to ensure each receives the proper amount of air to condense the fluid inside and cool efficiently. 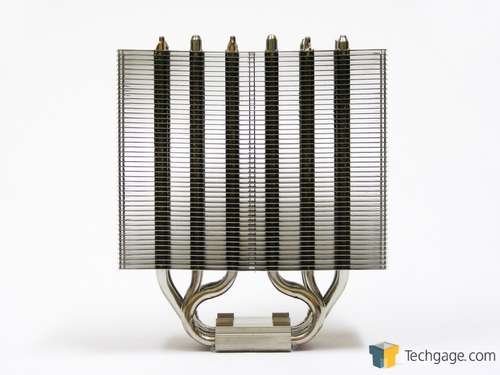 There is no cover or stamped design with the manufacturer or model across the top. In a stark contrast to some coolers on the market the fin is plain with only the ends of the heatpipes and two small cutouts showing. 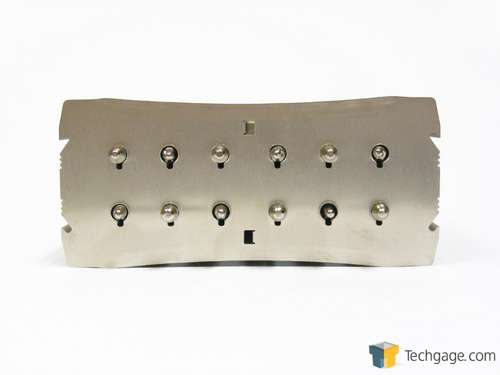 With the cooler flipped over, the copper base, also plated in nickel, can be checked once the plastic film is removed. NZXT has chosen to go with a more traditional configuration where the heatpipes run through the base instead of making direct contact with the CPU. On top of the base is an aluminum block to sandwich the heatpipes in place. When checked with a straight edge, the base was perfectly flat on both axis but there are a few heavier machine marks in the finish that is somewhat reflective but not polished. 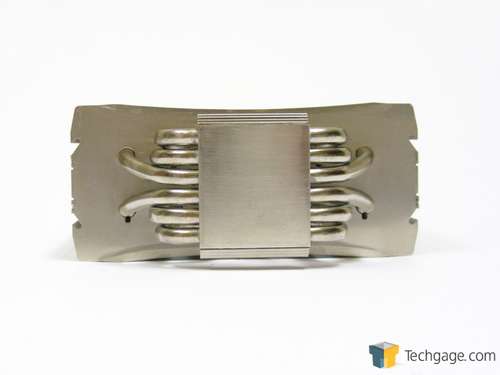 Included with the HAVIK 140 are, you guessed it, 140mm fans. Yeah, plural. Immediately the shape of the fan blades should catch the eye. These have been seen before on fans from various manufacturers and are said to increase airflow while at the same time reduce noise. The 3-pin fans run at 1,200 RPM and push a combined 90.3 CFM while making only 24 dBA. 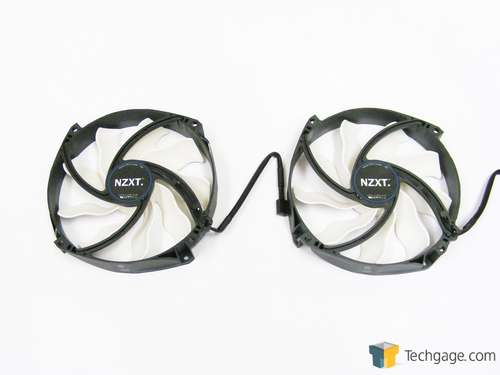 There is a full slate of bits and pieces included, most of which are shared between AMD and Intel mounting methods. The only exceptions are a few parts for an AMD system and include four insulating pads, the AMD clips and eight small screws. There is also a small syringe of thermal interface material included but there is no mention of the specifications on it or in the fold out installation instructions. 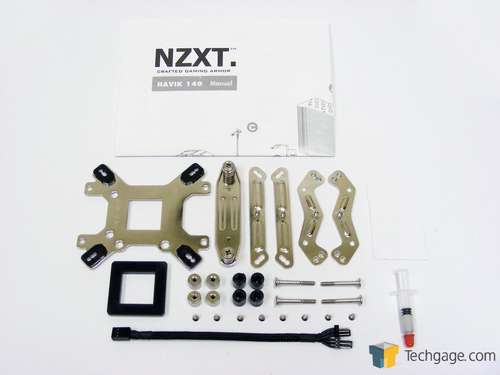 Installation may look a bit intimidating due to the number of pieces, but I’ll prove it isn’t and rather than simply rattling off the names of each part, I’ll show what each one does by slapping the HAVIK 140 into our test rig and seeing what it’s capable of.