As far as I’m concerned, NZXT has the interior design of a case down to a science. All of the NZXT cases that I have either used personally or tested here at Techgage have resulted in flawless builds, but here’s a few of the finer points.

The first is the amount of room allotted for the power supply. Our test power supply is hardly a beast but it’s not one of those cheap-o, mini-PSUs either. Those who want to use a longer power supply for hungrier systems will have tons of room while the unit will be well supported by the second set of risers, although I could see the power connections possibly interfering with a fan or radiator if one is mounted on the bottom of the case. 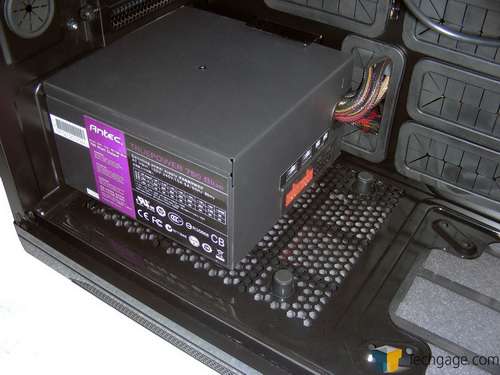 A picture is worth a thousand words and I probably could’ve used that many to describe the rear fan area and how it allows users a bit of extra flexibility. Our test cooler uses a 120mm fan meaning it could be positioned all the way up or left a little bit lower depending on what is needed once the stock fan is removed. Being able to position fans in this area means extra air can be pulled over any hot components around the socket area or help avoid any clearance problems. 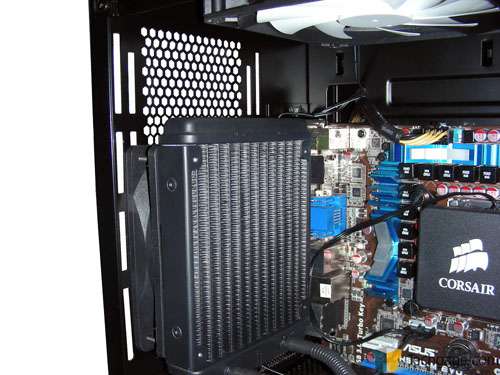 Here’s a quick look at the different drives installed in the trays with the drive cage showing the open, moveable fan bracket. 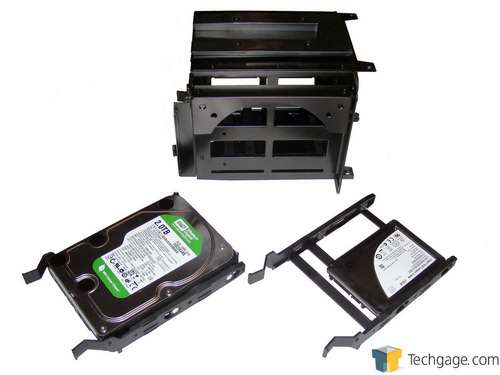 Finally, here’s our test drive installed in the hot swap drive tray. This tray can be secured with thumbscrews but there is a fair bit of resistance once it is fully inserted, so with the cover in place I can’t see the drive moving unless your case wants to throw down some cardboard and do some head spins. 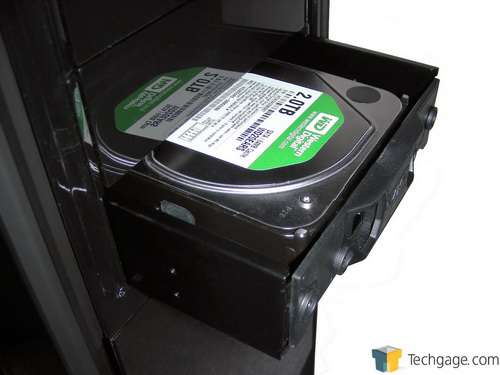 With all that said and done here’s our completed build with all of our test components installed to perfection. Everything went smoothly and cleanly and luckily resulted in another super-quick build. This means I can run our usual battery of tests and get this review over to our Editor-in-Chief before he breaks my knees. 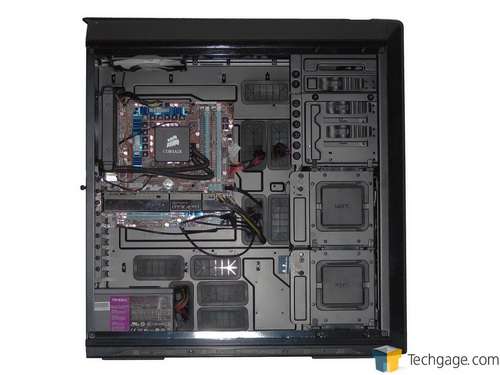 The back of the motherboard tray is pretty messy and as usual it could have been cleaned up if more time was taken, however with our test system being a bit on the light side there was no problem putting on the side panel. I did notice that there wasn’t much room left meaning those with more robust systems may have to get creative with their cable management. 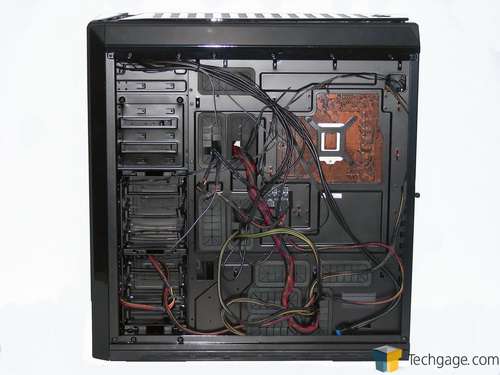 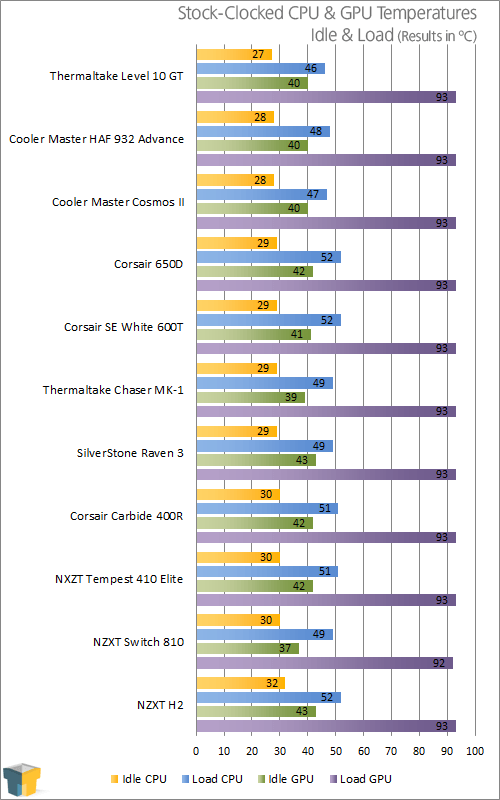 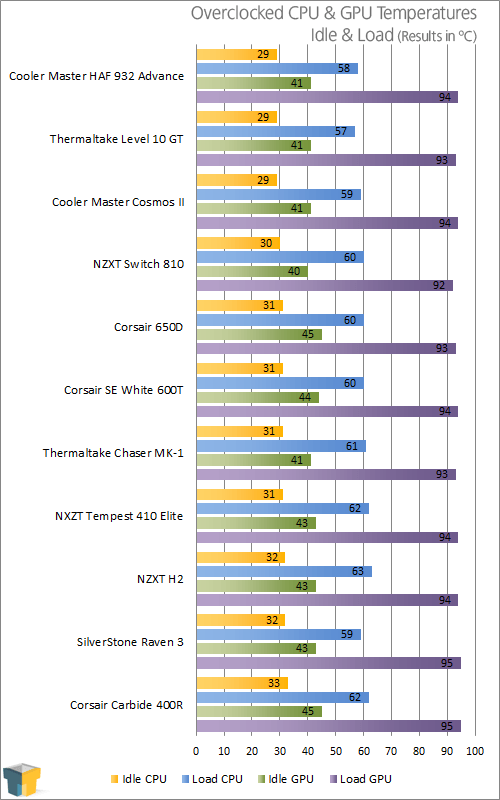 Whether the system was left running at stock frequencies or overclocked, the Switch 810 performed very well and was nearly at the head of the class all across the board.

Under full load while overclocked the CPU was only a couple of degrees above our current champion, the Thermaltake Level 10 GT. This means you get roughly the same performance but at a much lower price with the ability to really crank things up by installing a ton of extra fans.

What impressed me the most was how cool our blazing hot GTX 470 was kept. It may not seem like much but a 4 degree difference at idle and a single degree difference under full load while overclocked is a nice bonus knowing full well how hot these GPUs can get. This score could have likely been built upon if a second fan was installed on the side of the bottom drive cage.

From a noise perspective the Switch 810 isn’t exactly quiet but it’s not a screamer either. This all stems from the number of fans installed. Thankfully all of the included fans are 140mm meaning more air is moved at lower speeds. For those looking to keep things as quiet as possible the slats on the top cover can be closed at the expense of heat being trapped inside the case, so it’s a catch-22.

Now that we know what it is, what if offers and what it can do it’s time to wrap this up.