Let’s get into the meaty bits of this review right away. After removing all of the drive bay covers and fans we can see the metal contact pads along the right side of the frame where the fans draw power. This translates into fewer wires running through the system causing clutter and possibly disrupting airflow. 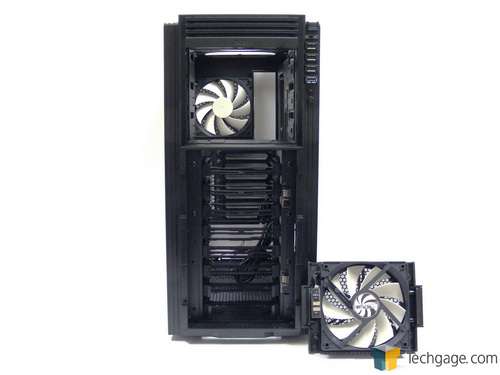 The fans also feature a removable filter sandwiched against the bracket that can be removed for cleaning by pulling up on the lip at the top. 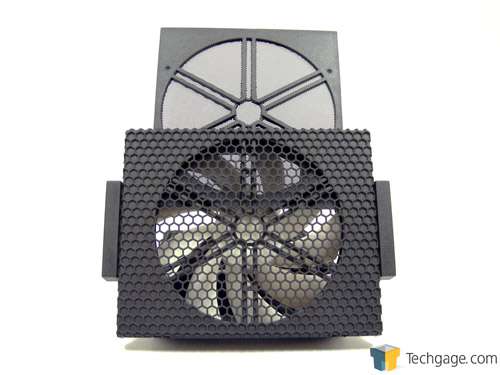 Behind the fans are the 8 hard drive bays stuffed with plastic drive trays. 3.5″ drives install without tools but 2.5″ drives will require a screwdriver. 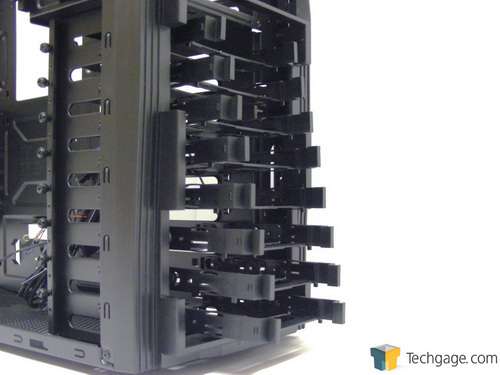 Rather than piecing together individual shots to get an idea of what the interior looks like, here is an overall view from the left side. 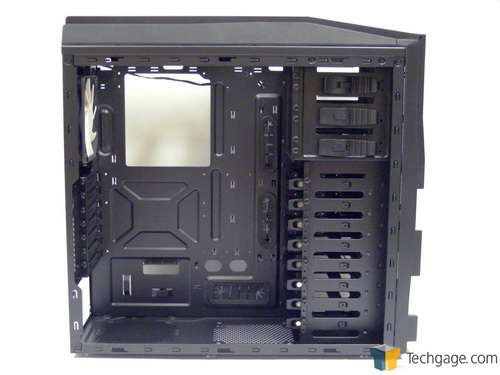 Running down the side of the hard drive cage are two thumbscrews for each drive. This allows the drives to be secured and provide more stability especially if the case is being moved. 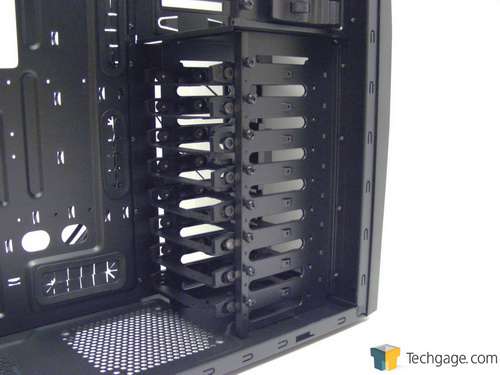 Above the drive cage are the tool-less retention locks for the 5.25″ drive bays along with two more thumbscrews to secure each device. 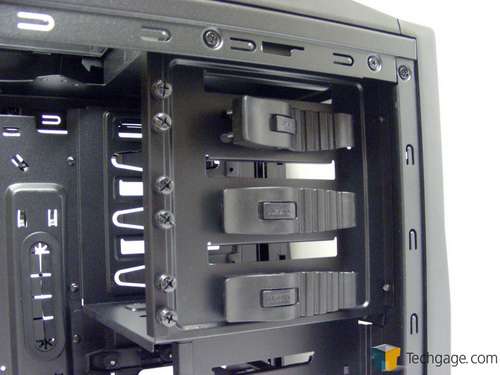 The floor of the case has the mounting points for the optional 120mm fan and the area where the power supply mounts at the rear. The power supply sits face down on four raised rubber pads to absorb any vibrations created by the fan. 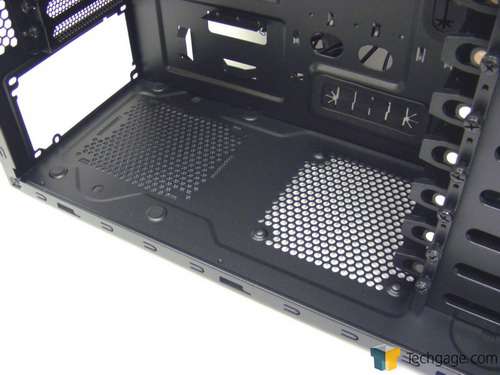 When it comes to cable management, there should be enough options for most users. In addition to two openings on the right side of the motherboard tray and another in front of the power supply there are also two small, round openings where any front panel cables can be routed to the appropriate headers on the motherboard.

At the mid-way point across the top of the tray is another small opening and a final one in the top left corner. Finally there is a generous opening around the CPU area to help with installation and removal of CPU coolers. 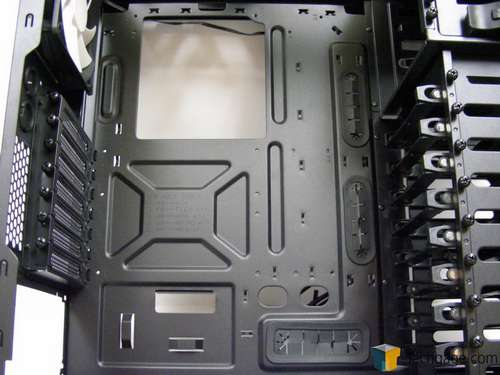 There’s not much to look at on the rear panel that wasn’t visible from the outside but guess what? More thumbscrews used to secure the PCI slot covers and expansion cards. 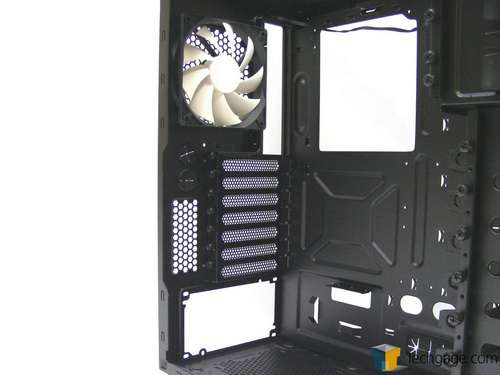 The inside of the top panel shows where the optional fans or radiator can be installed. NZXT has cut away additional spots at the front and back to allow for all-in-one liquid coolers to be installed in either orientation by providing enough clearance for the block and pump to feed down into the main section of the interior. 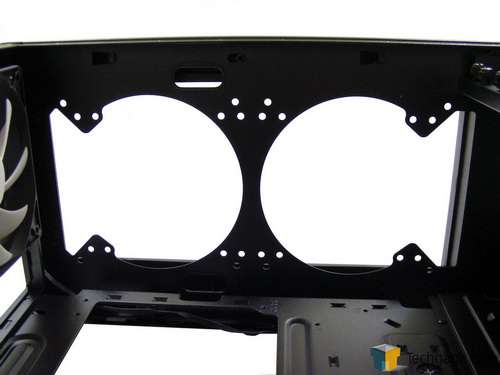 On the back of the motherboard tray there are a few more options for cable management. There is about 3/4″ of space between the tray and the side panel allowing for cables to be tied up tight using the included zip ties fed through the loops bent in the metal. Also, since the hard drives are mounted front-to-back, there is a large space on this side of the drive cage to tuck away unused or extra long cables. 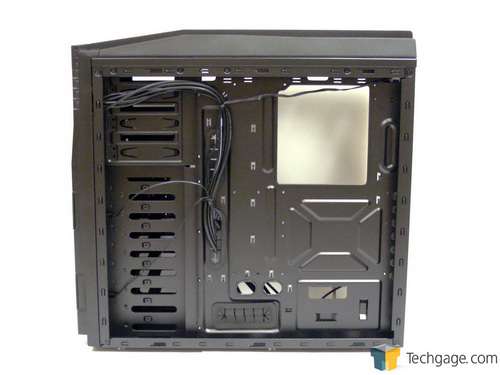 Included with the 410 Elite is everything needed to build a system and all of it keeps with the black theme. There are the motherboard standoffs along with my favorite standoff socket, screws to secure the power supply, motherboard and 5.25″, 3.5″ and 2.5″ drives as well as some zip ties and a fold out manual. 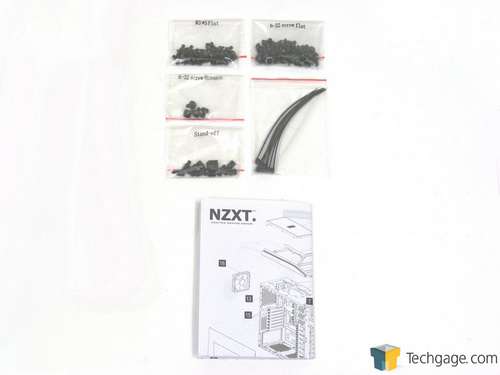 If there’s one thing that the original Tempest and EVO cases were geared for it was air flow, but the 410 Elite is missing a 120mm fan on the side panel and two 140mm fans on the top. We’ll see just how this plays out after our test system finds a new home.