After finding the small hole in the top-left corner of the rear panel I had a hunch about how the build would go. It looks like I was spot-on because from the inside the 410 Elite and H2 are identical, but this isn’t necessarily a bad thing seeing how the H2 scored an Editor’s Choice award.

Starting off like always, the power supply mounted flush and all of the cables were able to be routed through the cable management area. I have called out NZXT before about the grommets pulling away from the motherboard tray, so I took every precaution and moved this one back into place half a dozen times as soon as it started to move, and in the end all of the cables were routed cleanly with room for more. 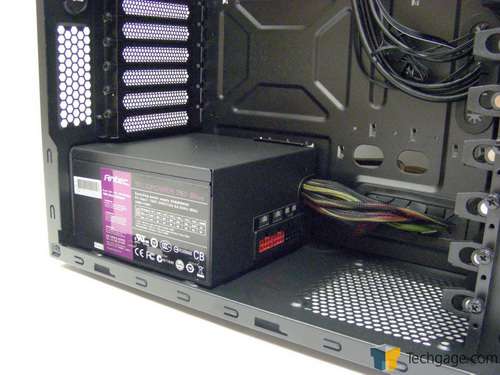 There was no problem installing the motherboard either. All of the holes lined up perfectly once the standoffs were installed for our micro-ATX motherboard. 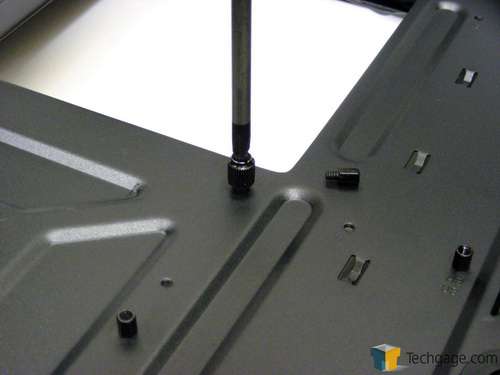 The hard drives were easy enough to install thanks for the quick-release fans and tool-less mounting method. Our 3.5″ drive snapped in and the demonstration 2.5″ drive was secured through the bottom using the included screws once the pegs were removed that run down one side of the tray. Even though there are more thumbscrews than you can shake a stick at, the drives are held very securely without them. 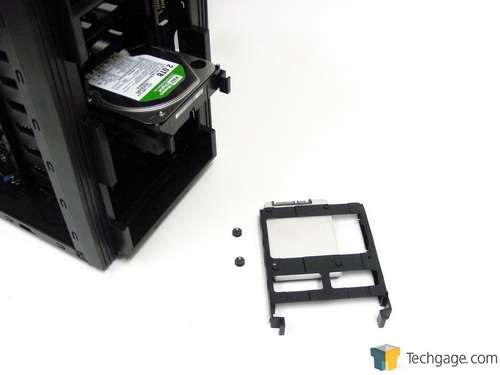 Our test GPU also went in snugly as well although larger GPUs with the power connector(s) on the edge that face the hard drives will run into clearance problems. Luckily there are loads of drive bays available so they can be positioned above or below the GPU. 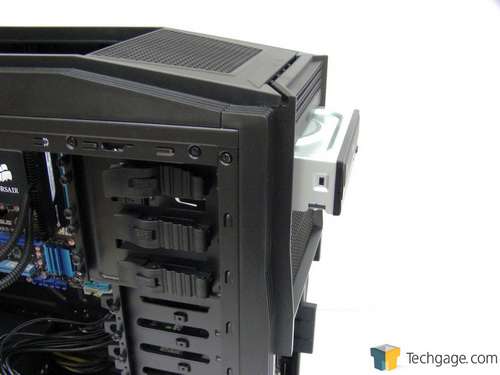 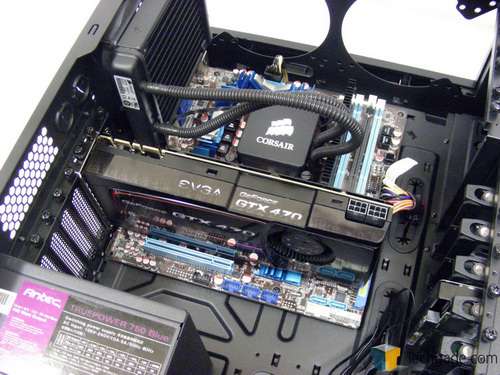 Cable management is very good and again the options provided should be good enough for most users. The finished result looks like this and there will be no issues with any of the cables impeding airflow. 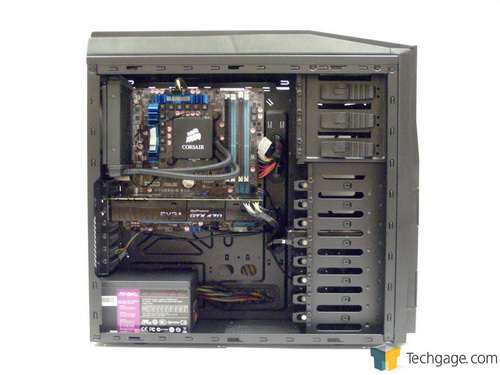 As mentioned earlier, there is a ton of room to tuck cables away on this side of the hard drive cage so I took full advantage of it. The rest of the cables are tucked or tied up behind the motherboard tray and the side panel went on easily without any bowing. 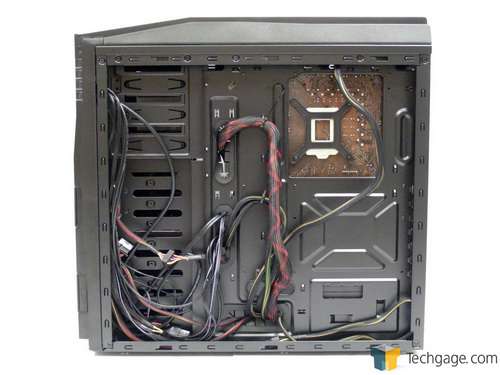 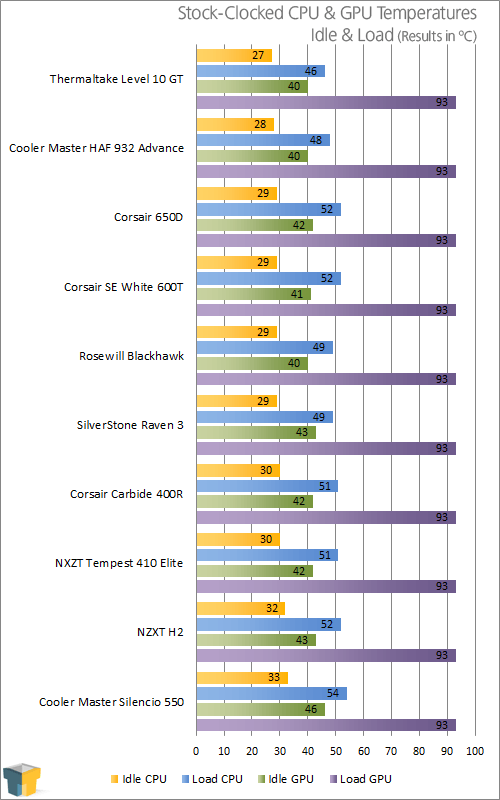 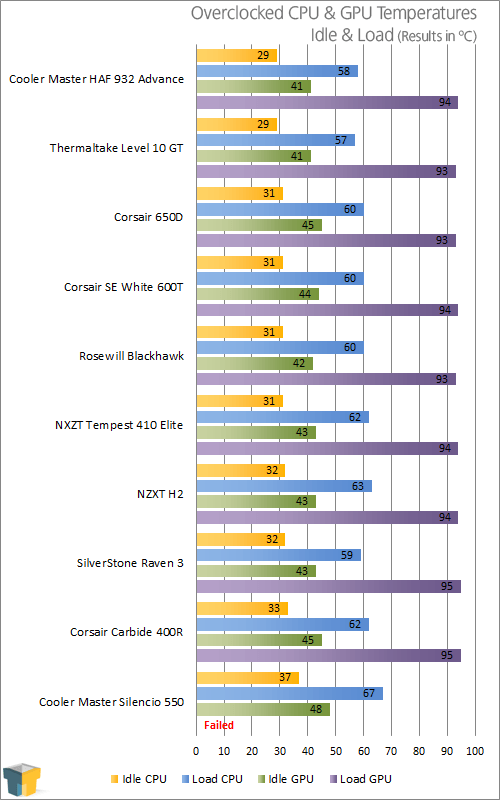 Well go figure, the 410 Elite turned in nearly the same temperatures as the H2 while overclocked, which is not surprising given that it’s essentially the same case on the inside minus the sound-absorbing foam lining. The removal of the foam helped lower temperatures slightly with a 1 degree improvement in all aspects except when the GPU was idle.

If even one top fan was included, I’m sure it would be closer to the performance of the Corsair Obsidian and Graphite cases. Cooling performance may look middle of the road in our tests but both the CPU and GPU stayed well within the safe thermal limits.

From a noise standpoint the case is fairly quiet with the front fans being lost in the sound of the H60. This would be an ideal case to pair up with NZXT’s Havik 140, which would add almost no extra noise to the system provided the hardware configuration being used will allow it since itâ€™s quite a large cooler.