When it comes to cases I’m an excitable person. Unless the case is known to be a nightmare before it arrives I usually rip into the box with a demented smile on my face along with a bit of drool, all so I can revel in that new kit smell.

The case up for review today certainly has me smiling as it’s the latest addition to NZXT’s Tempest series, and as I have fond memories of the original Tempest and Tempest EVO, a lot is expected from this one. It’s time to take a look at the new Tempest 410 Elite!

Like the previous Tempest cases the 410 Elite features a steel frame and panels with plastic accents on the front and top. It sports a black paint job inside and out and can support mini-ATX, mini-ITX, micro-ATX, Flex-ATX and ATX motherboards with baby-ATX and extended-ATX support dropped this time around. 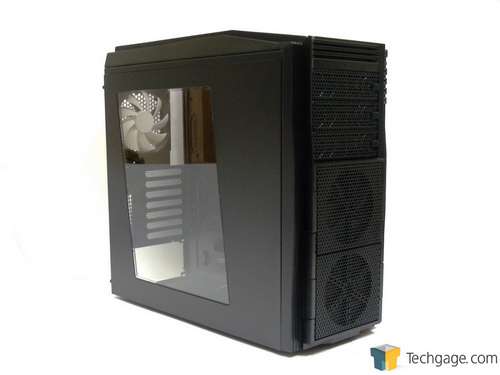 The front panel of the 410 Elite is styled a bit differently than other Tempest cases. Under some accents at the top are 3 5.25″ mesh drive bay covers with quick-release latches on the right side. Below the covers are 2 quick-release 120mm non-LED intake fans. 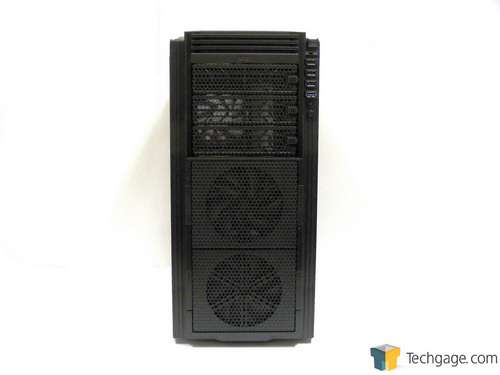 Extending up and over the top along the right edge of the front panel are the power button and I/O area. Starting at the top, the I/O area is comprised of the white power and hard drive activity LEDs, 3 USB 2.0 ports, a single USB 3.0 port and the 3.5mm headphone and microphone jacks. 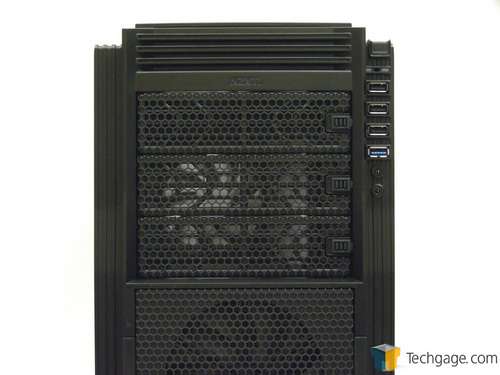 For those who like to show off their gear, the left panel features a large slanted window. 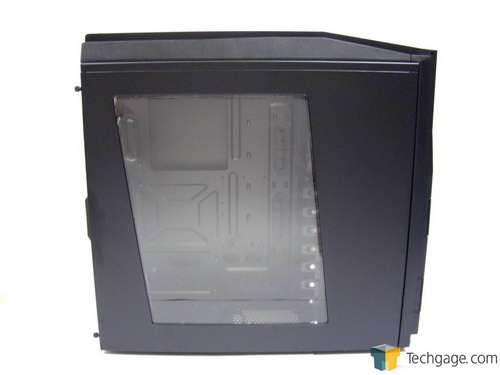 Around back at the top is a catch that allows part of the top panel to be removed, but more on that in a moment. Below the catch in the top left is a small hole that looks to be a carry-over from the H2 that allowed for a front panel USB 3.0 cable to be run to the motherboard I/O, however the 410 Elite has internal USB 3.0 connectivity making this opening unnecessary.

Moving on we see said motherboard I/O opening and a 120mm non-LED exhaust fan beside it. Further down are 7 mesh PCI slot covers beside two pass-through holes with rubber grommets for external water cooling, an extra mesh area just below to help with airflow and finally the power supply opening at the very bottom. 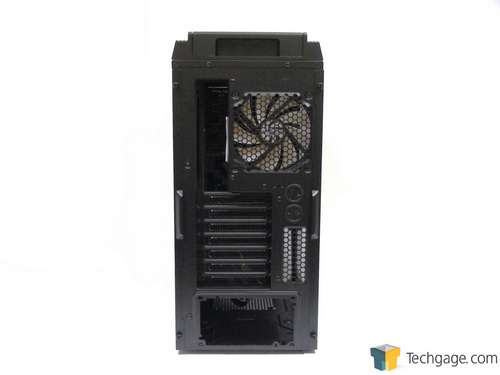 There isn’t much to show on the right side panel as it’s completely solid, however both panels are secured with black thumbscrews for easy removal. 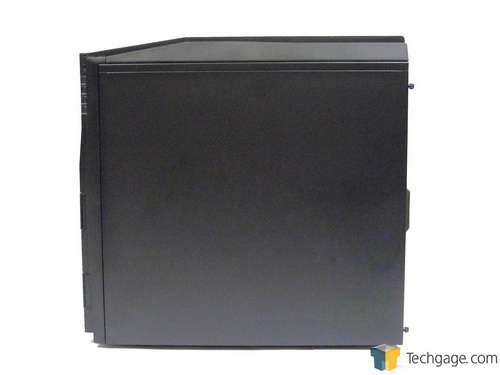 Moving up to the top shows off a push-to-open compartment at the front that can be used to hold various bits and pieces. Running from each front corner of the compartment is a channel used to route cables from the front panel connections, allowing smaller devices to be tucked away while remaining available for use. To the right of the compartment is the top side of the power button and the reset button directly behind it. 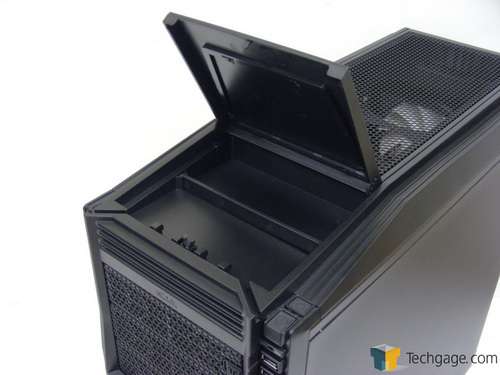 The remainder of the top is taken up by a mesh cover that can be removed by pressing the catch at the top of the rear panel that was mentioned earlier. With the catch pressed down the cover slides back and lifts off to reveal a recessed area and mounting points for up to 2 optional 120mm or 140mm fans or a 240mm radiator. 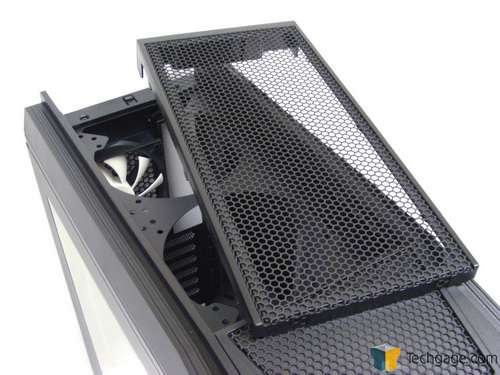 A quick flip over and we see the mounting area for another optional 120mm fan and directly behind that is the removable filter that covers the vent used by the power supply. At each of the four corners is a rubber foot that lifts the case off the floor while absorbing any vibrations created by the system. 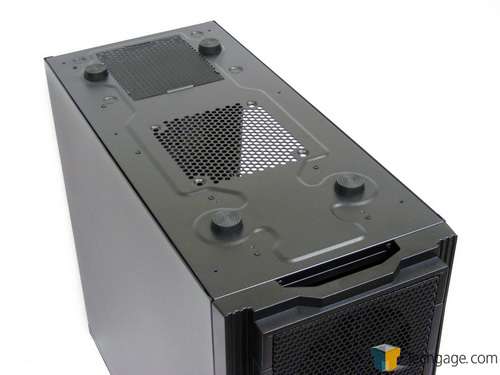 From the outside there are still some styling cues taken from the original Tempest but things are sure to be quite different when the panels come off.