NZXT’s long lineup of cases have mostly been geared towards gamers, with flashy looks and lots of space being the common theme between them all. I would even dare to say that many were even on the verge of being too gaudy with their molded faces. Then again, that’s what a lot of gamers are looking for.

But today’s gamer is looking for something different. Airflow is now at the top of the list for most every new build. With larger and hotter graphics cards coupled with super-hot Quad-Core processors, getting all that heat out is far more important than the look of the case itself.

Another major consideration is space. Lots of people are now building multi-GPU systems with lots of hard drives. Add to that the latest crop of super powerful (and large) power supplies – the space can run out quick. Finish it off with a water cooling system and your case can be downright crowded.

Welcome to the Tempest, a great-looking chassis that offers both good airflow and looks all at the same time. It boasts four large pre-installed fans, support for dual radiators, smart cable management and even support for eATX motherboards, all in a mid-tower package.

Upon arrival, this case immediately stated its business. Can it truly be the “Airflow King”? 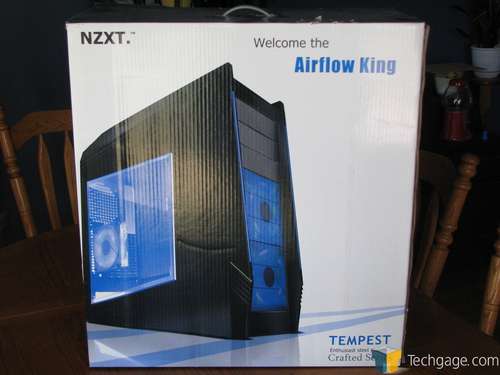 With the wealth of highly capable cases available today with impressive airflow, I sure appreciate a company that is not afraid to put it all on the line. Once out of the box, we get a good look at the somewhat plain but tasteful front. 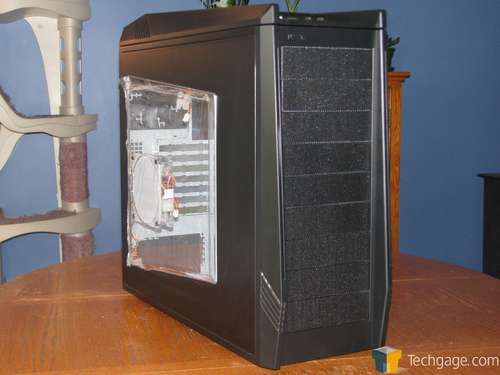 With loads of mesh and enough fans for a hovercraft, this case is built very well for the job it seeks to take on headfirst.

The next feature I feel needs extra credit is the location and orientation of the power/reset/usb/etc buttons/ports. Too many companies are putting them in very awkward positions on the top of the case. I was happy to see that this case has them pointing forward and at a 45 degree angle to the topside making them very easy to reach and use. I for one have a desk that the case slides into and this arrangement works very well. Most others force me to pull the case out when connecting peripherals. 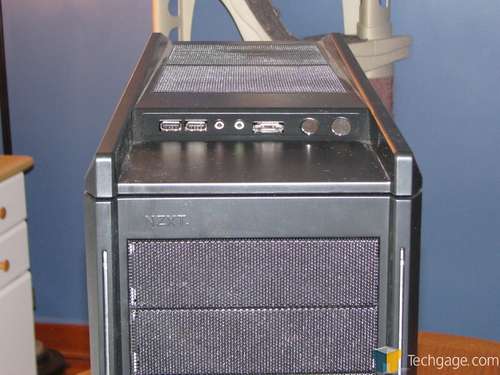 Windows are pretty much the norm these days. The Tempest has a nicely done window that is beveled outwards instead of being flush mounted which gives you even more space internally for larger components. 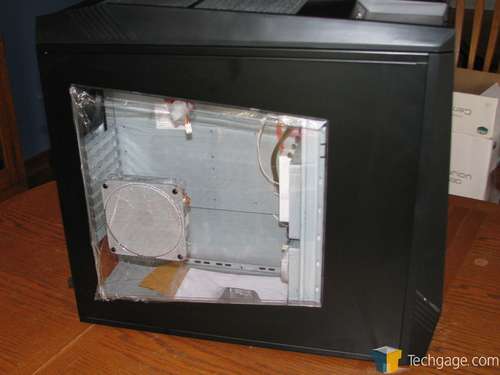 The top mounted dual 140MM fans are all business and mounted perfectly to pull the maximum amount of hot air off the top of the case. 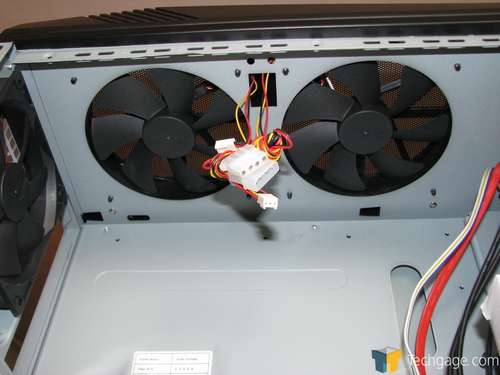 A quick shot of the hard drive cages. I really like the position and the fact you can mount 4 drives in each cage. Very efficient use of space unlike most other designs that only allow 3 drives in the same space. 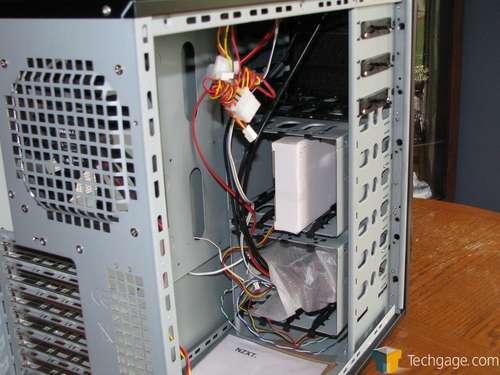 The rear of the case is pretty standard. One thing here I was not too crazy about was the small openings for external water lines. Anything larger than 3/8″ OD is not going to fit through them. 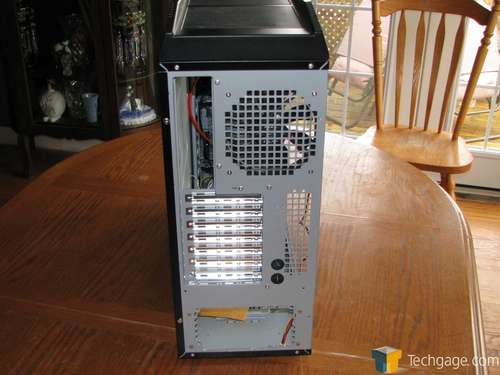 Finally, we look at the included accessories. While the case comes with built-in ODD retention devices, there are extras included should you wish to run more than 3 ODDs. Motherboard hardware, a couple wire holders and a mini speaker round out what you will receive. 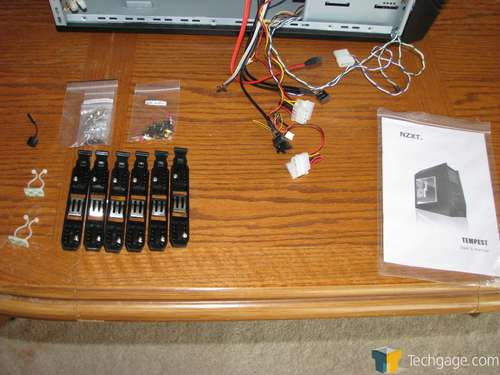 So how about installation? Why, that’s up next!