Building a PC requires several considerations. What’s in it? What’s powering it? What case do I use? How do I cool it? For using air cooling there’s a wide world of cases open to you but if you’re using aftermarket water cooling your options start to narrow. Today we look at a new case from NZXT that lends itself to both air and water cooling.

The rear of the case also has something I wish more makers would incorporate, full cutouts for the fans and wire grills. I just wish that NZXT had done this with the blowhole fan and the front fan. No I don’t have a pic of the front fan because it would’ve required tearing things way down and I didn’t discover it until I’d had the PC nearly 100% built but the fan holder is perforated just like the roof. 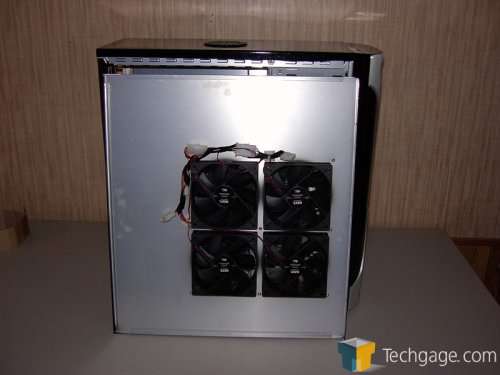 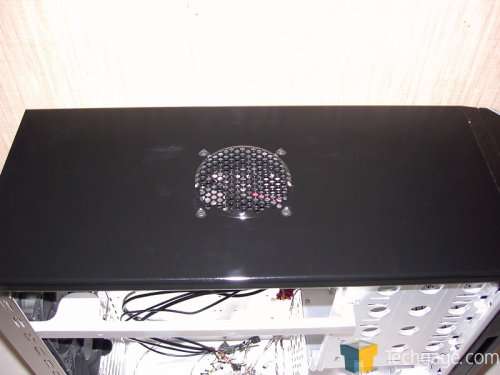 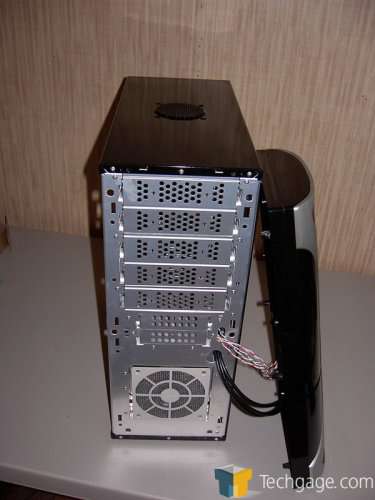 I’d also like to comment on the inside of the Zero, from the outside you think that this is one honkin’ big case and it is, but, it’s crowded inside. I ran into the problem of deciding where to put everything during my loop layout.

On the backside of the door we find the four 120mm fans I’d mentioned earlier. In fact these are the same fans mounted in the rear and I’m assuming in the front as well. The fans are built by Chang Feng and owing to their rather low draw rating of 1.2W (0.1A) I’d put them in the neighborhood of 30 CFM and probably sub 20db. They’re so quiet that when I powered them up I could not hear them running even with my ear up against them.

The front of the case pops off pretty easily to accommodate installing drives and removing the drive EMI covers without removing the face is nearly impossible. Note that you can remove and install 5.25" drives with the fascia installed but for 3.5" drives you have to pull the fascia off. So if you’re using a 3.5" device the time to install it is when you’re pulling the needed EMI covers off. I found this out the hard way. :-(

Sadly the 80mm in the case roof puts a black eye on the good work done with the 120’s, it’s loud enough to be heard. Not annoying mind you but loud enough that the case can’t be called silent thanks to it. Too bad really, the 120’s are really very quiet. 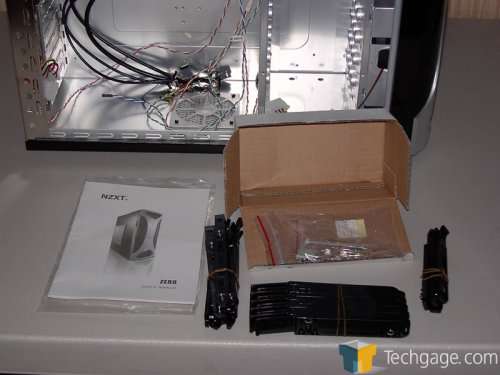 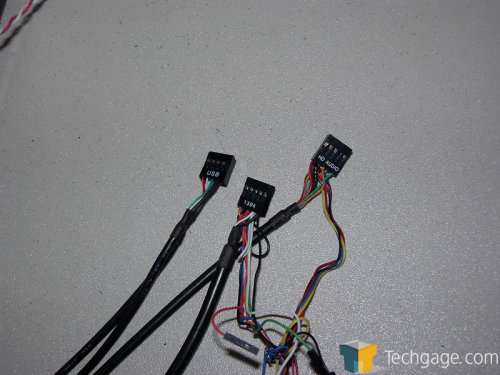 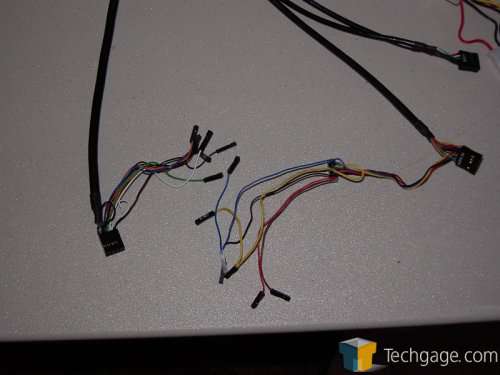 Inside the case is the box holding the tool-less drive rails and the standoffs and screws along with the manual. I’d like to mention that mine had 10 standoffs and 8 mobo screws. No big deal if you’ve got any spare parts inventory at all but still bad if you’re a part time builder or light hobbyist that throws spare parts away and therefore counts on having enough of everything to get the job done the first time.