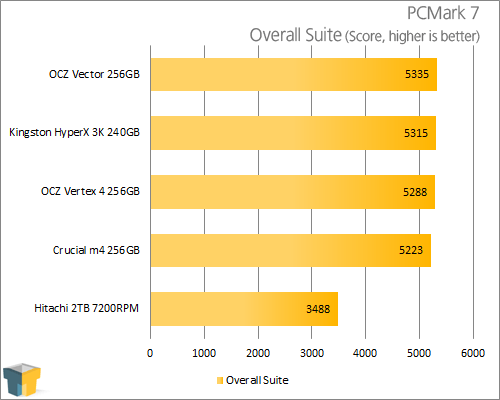 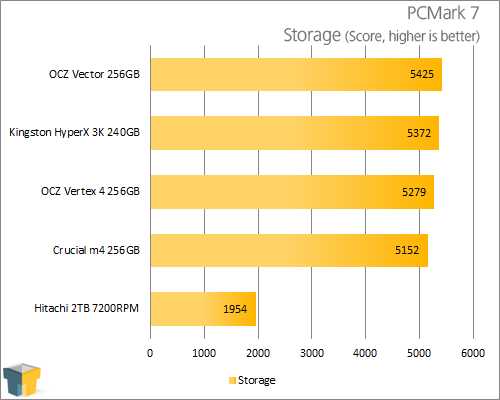 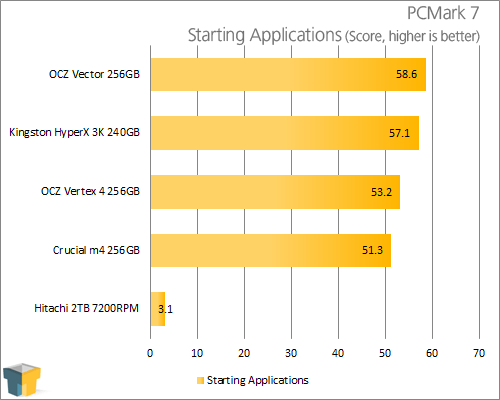 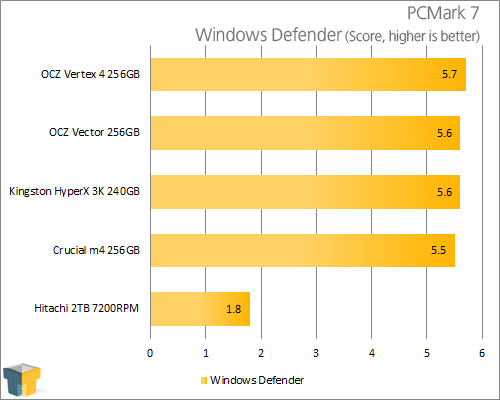 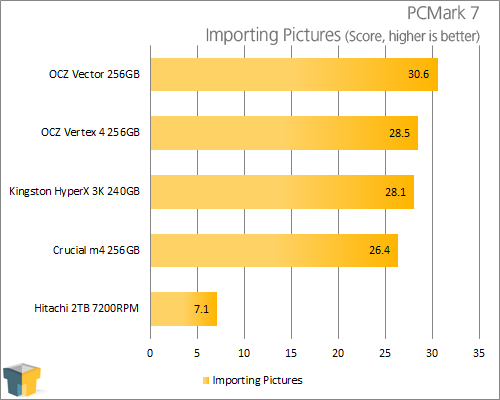 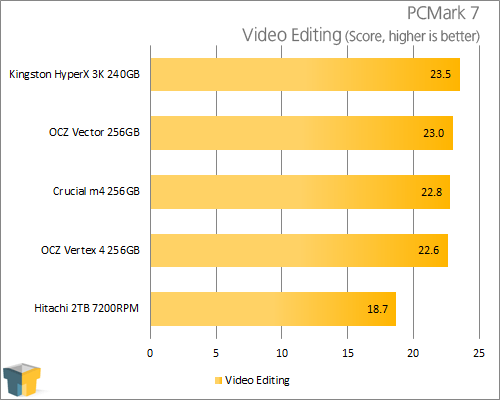 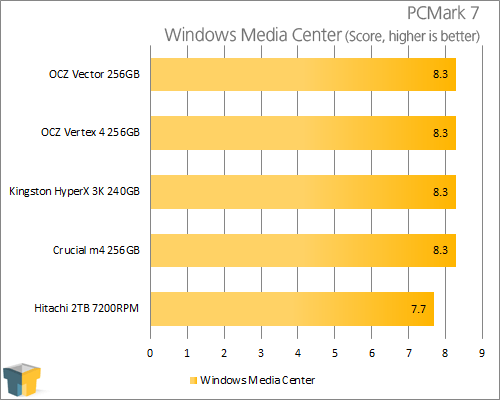 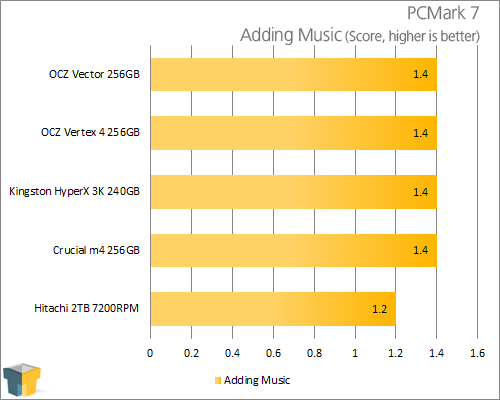 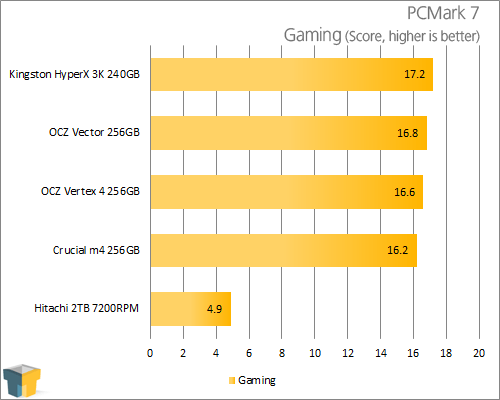 Overall, the Vector is victorious in these benchmarks, edging out the overall system score as well as taking the top spot in the storage subsystem score. The Vector took top spot in every individual test, save the video editing and game loading systems, which tend to favor SandForce-based drives.