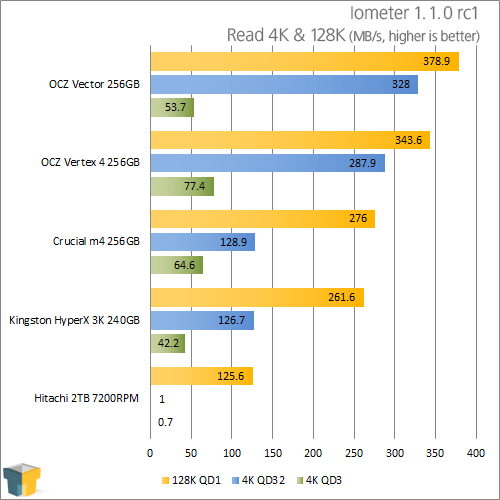 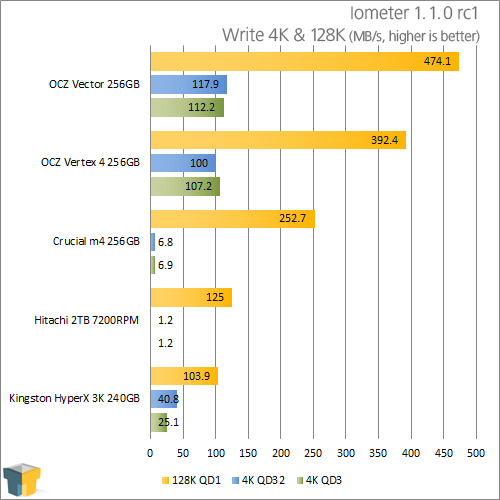 The Vector does extremely well in both read and write sequential tests. Although it’s edged out in the 4KB read test at a lower queue depth, once we increase the queue depth to 32 it lives up to its eye-popping 100,000 IOPS claim by delivering the best random read 4KB performance, almost at a level equaling the sequential performance of its Vertex 4 predecessor. That… is no small feat. Write speeds range from a small improvement to a nice boost in sequential writes over the V4. Overall, we would rate the Vector as a clear successor to the similar Vertex 4. 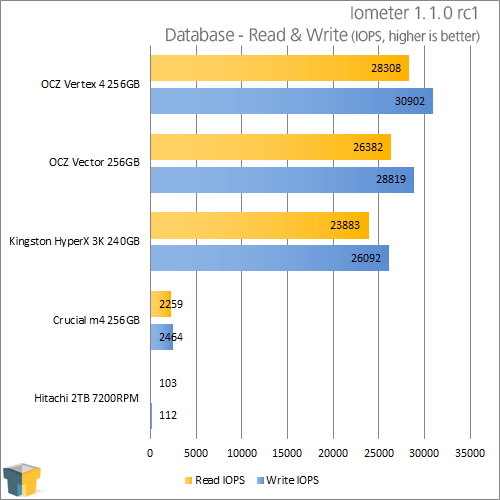 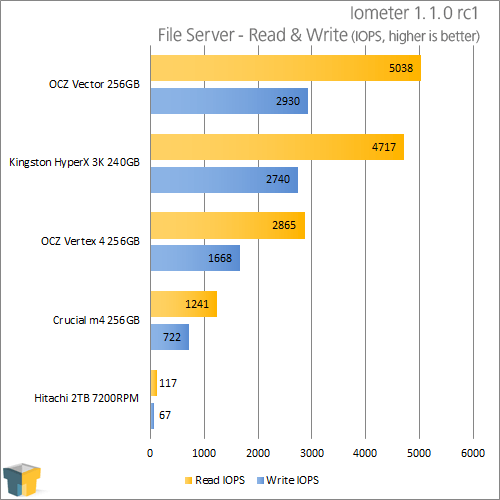 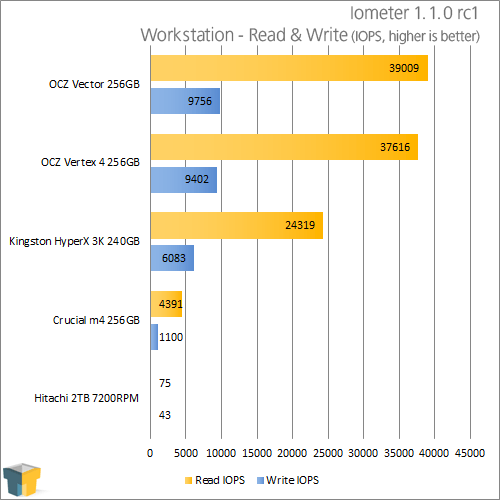 The Vector takes a close second in the Database scenario to its sibling, but holds the top spot in both the File Server and Workstation categories, with good read and write performance in all three tests. The Vector may be a consumer SSD, but this sort of test shows that it is clearly capable of handling a wide-range of disk operations including intensive enterprise and hosting applications.