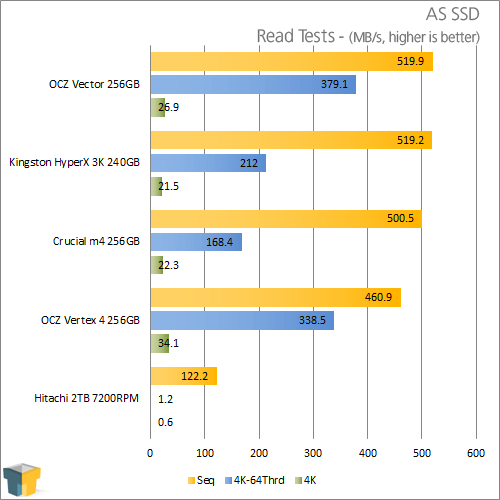 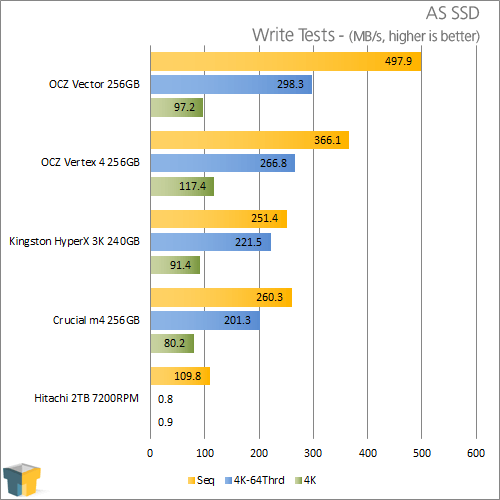 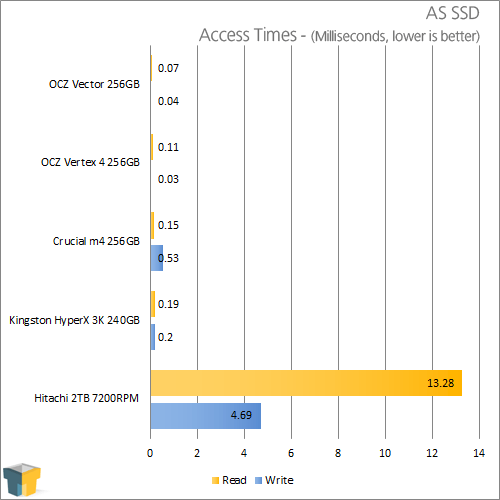 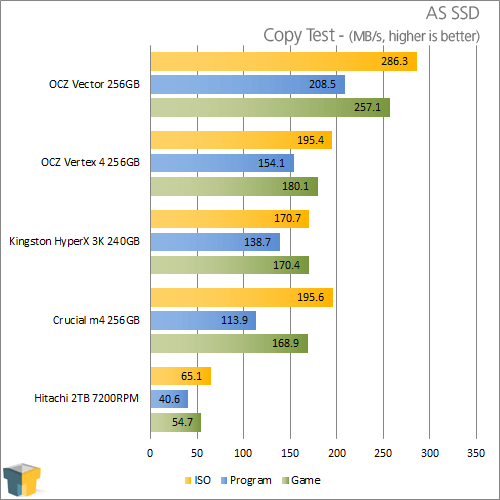 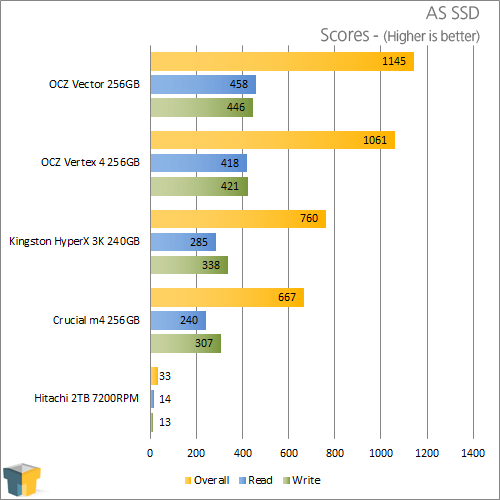 4K-Thrd is similar to the 4K test but spawns multiple requests; basically this tests how good the SSD is at handling multiple file actions at once, aka queue depth. Queue depth wasn’t an issue with HDDs as they were generally too slow to handle more than a few simultaneous IOPS at a time (as illustrated in our Iometer results), but with SSDs it is important to have a good controller with a high queue depth capability for the best, most consistent performance.

Once again we can see the Vertex 4 is slightly faster at a lower queue depth with 4KB Writes , but once the controller is given additional simultaneous IO (a higher queue depth) it is able to extract better parallelism and resumes the lead in both 4K-Thrd tests. Read performance is particularly strong for the Vector, although it also manages to leave a wide gap between itself and the V4 in the sequential write test.

The Vector gives itself a comfortable lead in the three transfer scenarios as well and is about tied for write latency to the V4, but offers the lowest read access latency we have seen yet. With such a strong performance in almost every category it should be no surprise that the Vector receives the highest AS SSD score we’ve yet seen, 1145, giving it a respectable lead over the only other SSD that’s broken the 1,000 point mark.