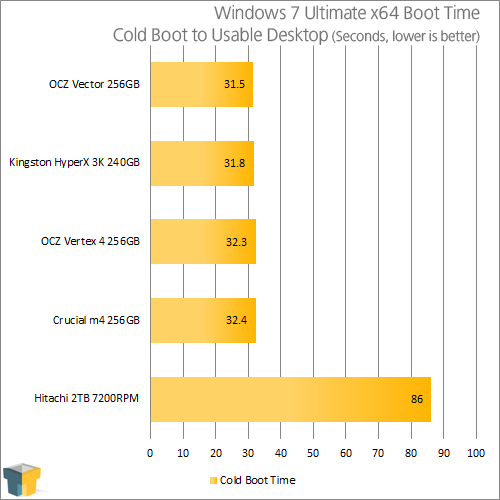 OCZ’s Vector manages to edge out this test by a fraction of a second, although all SSDs are fairly even here and all of them will boot the computer in a third of the time of the HDD.

For our new regimen we chose Portal 2 and Civilization V. Portal 2 is already a very well optimized game, but it’s immersive, so we time how long it takes to load the sp_a2.bts6 custscene. With Civilization V’s recent overhaul to game storage files to help decrease load times, and the new option to disable the intro movie trailer, it becomes possible to time how long it takes to start the game. 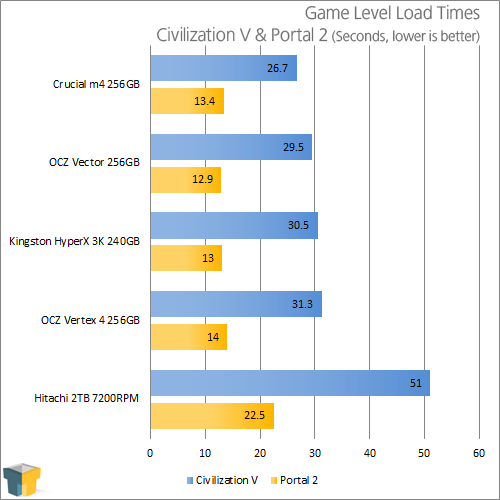 OCZ’s Vector does very well here, although we won’t quibble over fractions of a second. Again, any SSD is going to deliver a substantial boost to game, map, or level load performance when compared to a mechanical disk drive. Between modern SSDs, the differences will be indistinguishable.