If you are a memory manufacturer today, it’s more difficult than ever to stay ahead of the pack. In the past year, Corsair has made numerous announcements that seemed to blow everything else away, including both the PC2-8500 and PC2-6400C3 kits. Well, OCZ wants the top back, and plan to do so with their new PC2-8800 Gold series kit. Sure, it’s a higher number, but does that mean it’s faster? These modules are equipped with 5-6-6 timings, which are loose any way you look at it. Hopefully it will not adversely affect the overall performance though.

Lets take a quick look at the modules themselves, then we can get into the nitty gritty.

When you purchase a kit from OCZ, you already know what you will receive. All of their modules come in a clean, clear plastic blister pack, with orange cardboard backing. OCZ produces some of my favorite blister packs though, because they have notches at the top to make sure the pack doesn’t open by accident. But on the other side of the coin, they are very easy to tear open and get your grubby hands on. 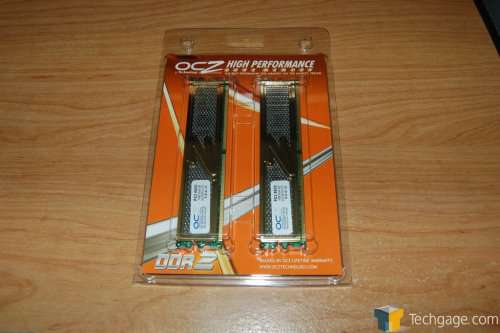 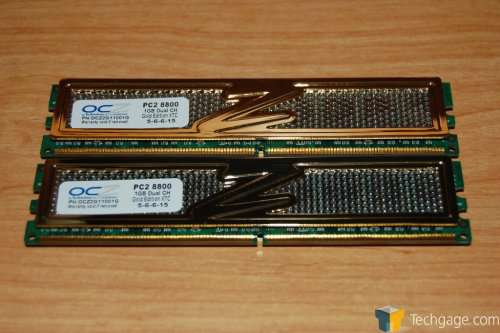 Since these are from the Gold series, they are equipped with Gold XTC headspreaders. It’s rather difficult to capture how great the spreaders look on camera. They have a glossy touch to them, and paired with a camera flash, you get a poor picture. If you don’t use flash, it still doesn’t help things. The picture over on the official page for this memory does a good job of accurately representing what they really look like. 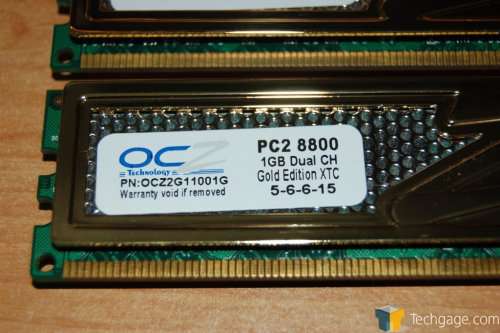 The only sticker on the modules include the model number, rated frequency, timings and density. Once extra piece of information that would prove useful is the voltage information, but it’s not found here. OCZ, are you listening? :-) 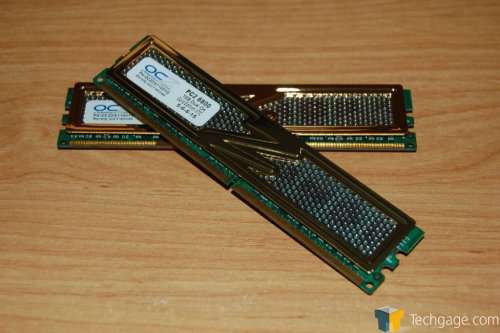 Overall, these are some great looking modules. If you’ve seen anything from their XTC line in the past, you know exactly what to expect here.