EVEREST is another great memory benchmarking program, because it allows you to get values for not only Read and Write, but latency. I prefer the good ole 2.22 (2005) version because I find it more accurate than the newer version, but it’s become the standard, so it will be used.

Once again, the stock speed is a pinch better than other modules I have tested. At 3.74GHz, the Read and Write were extremely nice.. 8,279/5,640. I could imagine the scores if this stuff actually overclocked. 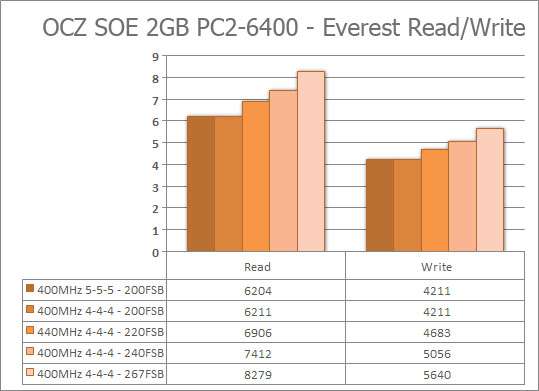 The latencies proved about 1 – 2ns quicker than other modules also. 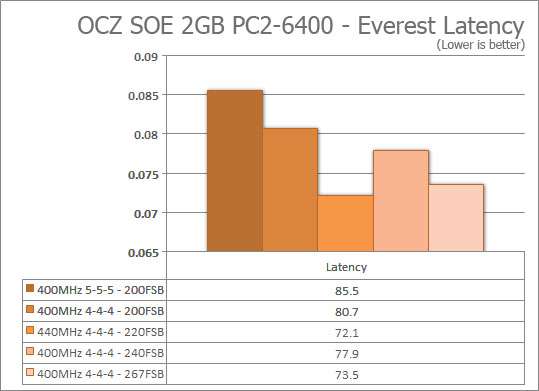 The PC Mark scores, again compared to others I’ve tested, are actually lower. Despite having higher stock performance throughout Sandra and Everest, it proved at a loss in PC Mark by around 300 points. 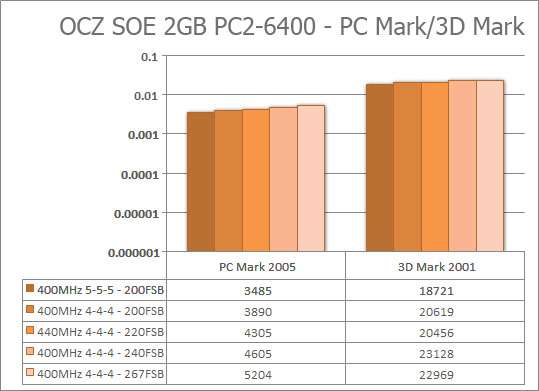 Even though mathematical calculations like this are extremely CPU intensive, they are also ram intensive. The faster your ram, the faster the overall calculations will be. How SuperPi works is that you can specify how many digits you want to calculate past the decimal point. If you choose 1 Million, it will begin with the 3. and continue with 14359 all the way until it hits the 1 Millionth digit mark. 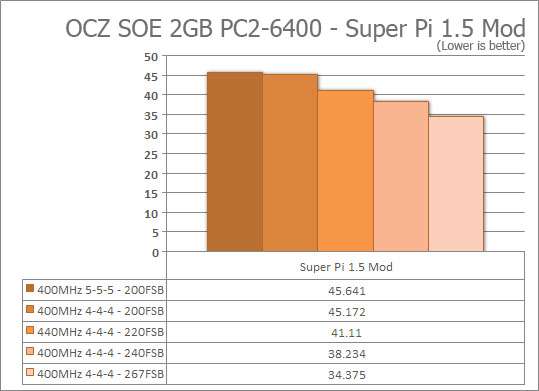