OCZ not only likes to release super fast modules, they like to be innovative in the process. Not in the sense that they would like to find the fastest memory IC available, but want to develop their products to look interesting. Last month, I took a look at their SOE Series, which were dreamt up by CEO Ryan Peterson. While those modules didn’t break performance records, they were very appealing to a certain crowd.

Today, I am taking a look at modules that not only look cool, but are indeed performance beasts. OCZ legend Tony Leach has been working on developing these modules for quite some time, and has gone through numerous late nights of tweaking [and freaking to be sure] to get them to deliver the performance he expects. According to his initial performance reports, enthusiasts have a big reason to be excited. 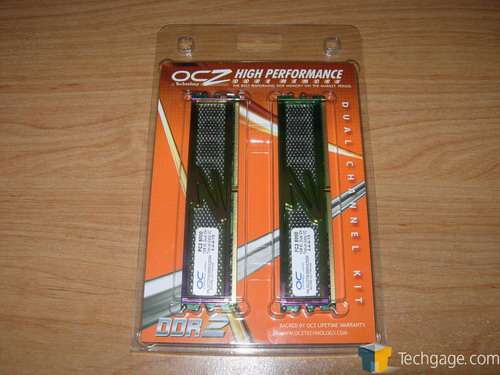 The modules use Micron D9 chips, but I am unsure of the -specific- version. They are indeed 333MHz binned IC’s though, so they would be quite similar to D9GMH, which we see in some of Corsairs fastest modules. Though 333MHz seems like an odd choice for a 500MHz module, D9’s have been sweeping the enthusiast circle over the past few months, and have proved to be hardcore tweaker’s. While they are able to achieve the same performance as the 400MHz IC’s, they cost far less. These ones specifically are designed to handle a lot of voltage, hence why “Voltage eXtreme” is appropriate. 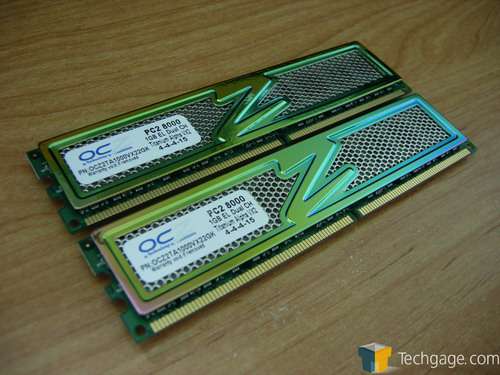 As noted by Tony, “VX2 is the perfect match for the next generation AMD AM2 and Intel Conroe processors, which gain substantial levels of performance when matched with high frequency low latency DDR2 modules under overclocked conditions”.

Needless to say, these are geared up to take up a top spot in the populated DDR2 market. Before we jump into the exact specs and testing, let’s take a look at what’s up with the new Ti Alpha spreaders!

When these spreaders were first seen at Computex last month, there was a lot of chatter around the web about how ‘cool’ they look. I mean, these -are- performance beasts, but look like something you’d pick out of an oil spill. At first, even I was not fond of it, but I have to admit they look way better in front of you than in the press releases. One thing to note is that they are not glaring bright as they look in the pictures, which is a good thing. 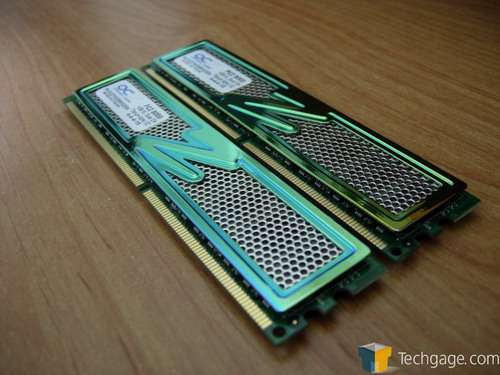 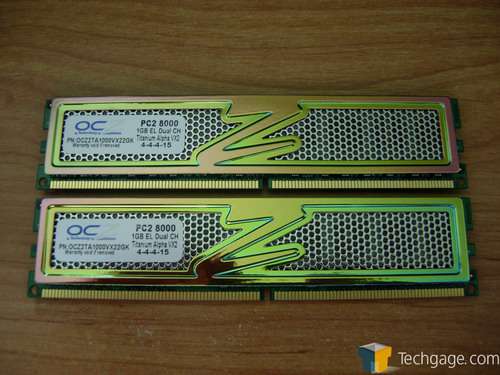