OCZ prepares to take on the world of gaming keyboards with their new Alchemy Elixir, part of the company’s Alchemy lineup of gaming peripherals. How does it stack up to the competition from established gaming peripheral companies like Razer, Logitech, and Creative?

I admit, I was surprised when I first heard that OCZ was going to be throwing its hat into the PC gaming peripheral ring. First off, there is a lot of competition already there, but more so because I have never really surmised OCZ as a strong company for gaming attachments, such as keyboards and mice. Things changed a little with with the release their Neural Impulse Actuator, though.

After OCZ announced that they would be creating a new line of gaming peripherals named Alchemy, I figured they would have to do something different to match the multitude of other gaming keyboards already out there. The first product in their line is the Elixir, which is sure to pique many gamers’ interest if looking for a new board.

What OCZ has created completely surprised me. They managed to craft a quality piece of hardware that not only performed and looked good, but had a price tag of only $29.99.

For that amount of money, your initial reaction would probably be suspicion that they cut corners, but that isn’t the case at all. Let’s take a closer look to see just how much you get for that little amount of hard-earned cash. 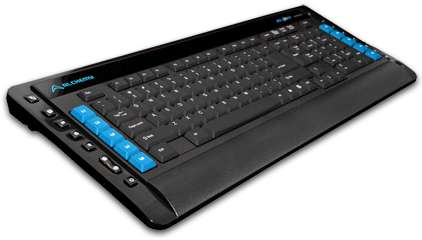 The board comes in an attractive black box which has all the information about it clearly labeled on the outside. There’s nothing especially fancy about the design of the packaging when compared to other gaming products, but everything is secure enough to keep the board safe during all forms of shipping and handling. There is nothing worse than spending your money only to discover it is broken when you initially try to use it. 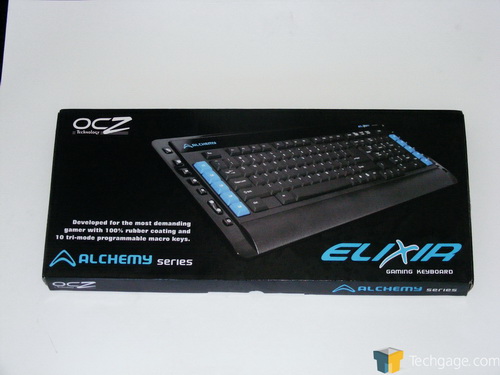 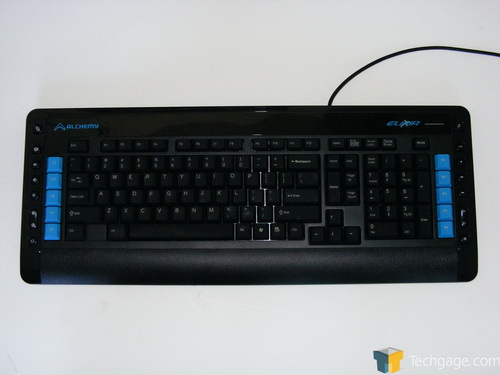 The Alchemy Elixir keyboard is completely black with a smooth glossy finish around the edges, and rubber-coated keys. It has a standard keyboard layout which uses rubber dome keys. I am normally not a fan of this style of keyboard due to the fact there is can be a lot of resistance when pressing the keys down. For gaming, a keyboard needs to be fluid and smooth so you’re not thinking about the chances of accidentally hitting the wrong key, but rather stay focused more on shooting the head of your enemy. 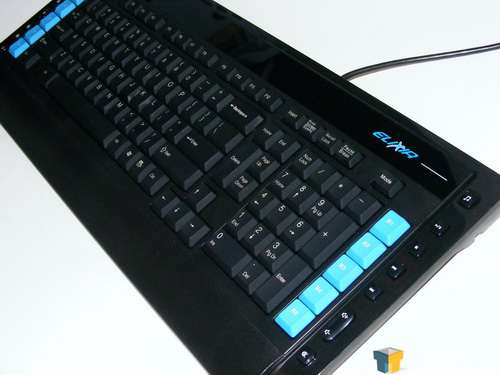 The keyboard has a hand rest that is a part of the design. This isn’t a cheap hand rest that can fall off after two or three lan parties, but it is physically integrated with the keyboard. It is also covered in a vinyl coating which is pretty comfortable even after a long 3-hour session of World of Warcraft. The keyboard is connected through a USB port which is pretty much standard now. 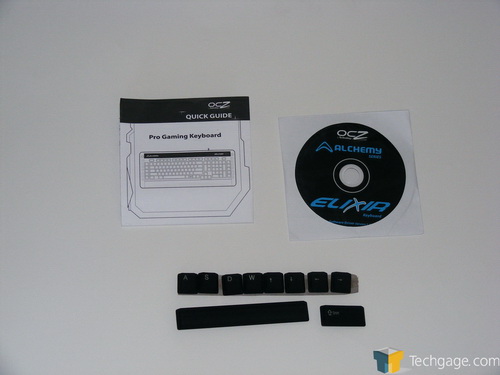 One additional thing that comes with the Elixir is a set of spare WASD and ARROW keys as well as an extra space and shift key. I was surprised to see this extra with the board and shows that they are clearly had gamers in mind throughout the development process. Hopefully you will never need to change these keys out but it’s nice to know that if one fades or breaks over time, you’ll have a replacement. 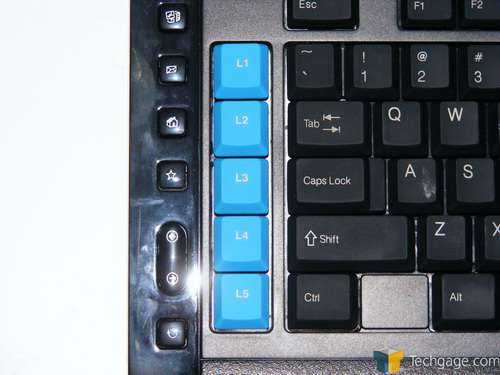 Most keyboards today have multimedia function keys built onto the tops or sides of the board, unless you simply picked up the cheapest one you could find. The Elixir is no different. It comes with Internet hotkeys on the left side such as homepage, e-mail, ‘my favorites’ and computer information hotkeys. There is also a page forward and back key, in addition to a page refresh.

The right-hand side of the keyboard has multimedia player hotkey that allows for quick access to your default media player. There are also play, stop, forward and rewind buttons, as well as volume control. I do realize this isn’t anything new, but it is one reason why I liked this board over my current Creative Fatal1ty gaming board. Any time I don’t have to alt-tab out to change what I am watching or listening to, I’m all for it. There is nothing worse than hopping out of a game to change the song being played only to discover you were killed in the process of changing tracks. 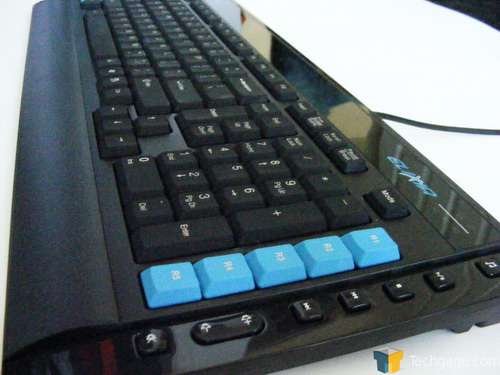 Another feature on the Elixir is its 10 programmable macro buttons. These keys are easily identifiable since they are the only colored keys on the board with a soft blue coating. There are also 5 keys on each side of the board that run vertically. The macro keys have three different profiles that can be changed on-the-fly as well with the mode button. This allows up to 30 different macros that can be created with the included software.