Doom III is benchmarked by running the built-in demo1 demo. It’s run twice, because the first time is always laggy no matter the setup. Far Cry is run at 800*600, because it doesn’t support 640*480. I used the built-in Volcano demo, and took the averages from the log file. Half-Life 2 is benchmarked using a custom C17 demo, and it’s scores are acquired using the HOC Tool. 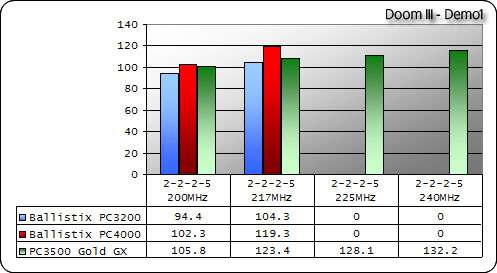 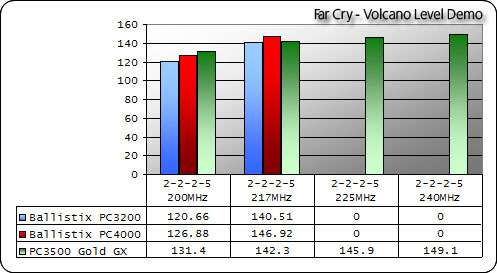 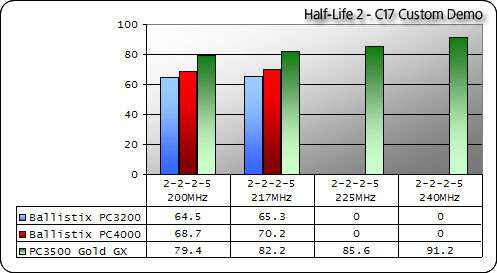 Apparently it’s games where this memory excels, as should be expected. It performed better than the Ballistix overall here, which is impressive. The Half-Life 2 scores impress me the most, because the performance difference is quite noticeable. The source engine is one that absolutely loves CPU and Memory speed, so it’s not a real surprise that the memory shined here.