by Rob Williams on September 12, 2005 in Miscellaneous

Being the hardcore gamers that we are, the need for more than 1GB of memory is becoming evident. Last year, 512MB didn’t cut it, especially when playing top games like Half-Life 2 and Doom III. Now, current and upcoming top games are demanding more than 1GB, like BF2 and FEAR. Today, we are taking a look at a 2GB kit that is designed specifically for gamers.


We are turning over a new leaf at Techgage. Instead of using timedemos and macros for our tests, we now benchmark a little differently. To bench, we load a level at the same spot each run, and perform a real 5 minute run. Because of this, each run will be different because of varying situations in the games. Benchmarking this way gives a much more accurate look on the performance, however. 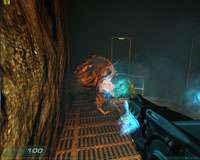 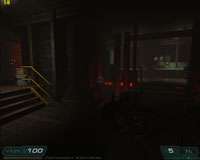 In Doom III, I am playing through the Caverns Area 1 (map game/caverns1) level. This is like most other levels in the game, dark and monsters pop out from every corner. This game was run in at 1280*1024, High Quality with 4x Anti-Aliasing. Because of the imense amount of monsters in this area, God Mode was used to assure I’d survive the entire 5 minutes ;) 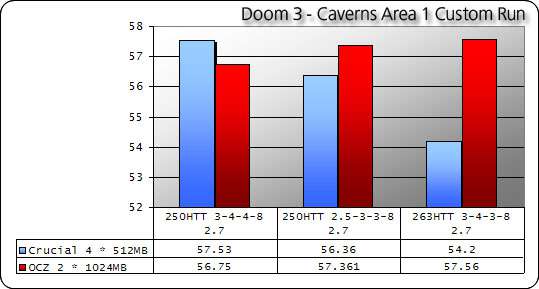 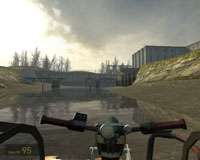 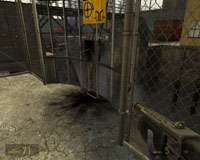 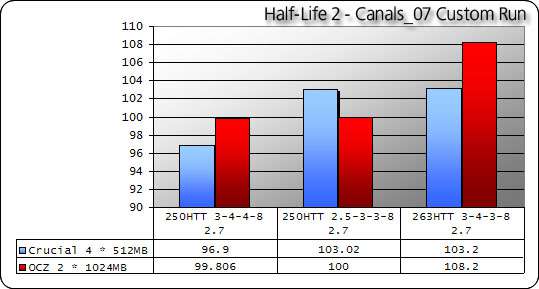 Personally, I tend to pay more attention to direct memory benchmarks, but gaming ones are good because they test stability. I have rarely seen memory benchmarks affect a game, it doesn’t seem to make *as* much difference as a CPU overclock. Either way, these are excellent results, and we can see even our small overclock didn’t increase our FPS by too much.

Let’s go right into the overclocking specifics of the memory.