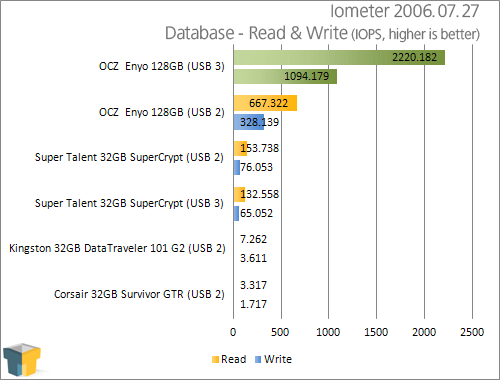 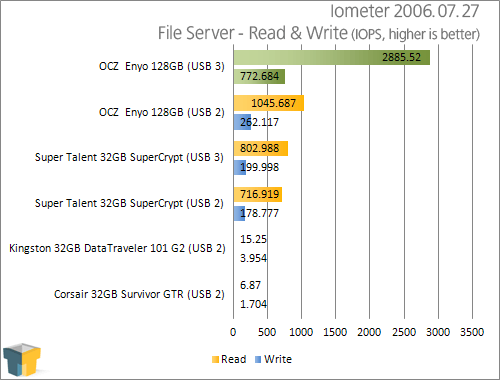 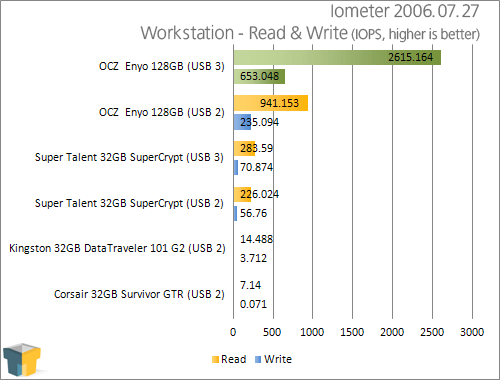 Well, it’s clear that things are off to a great start for the Enyo. When I first benchmarked Super Talent’s drive last month, the IOPS performance was outstanding compared to what we were used to seeing with USB 2.0 devices, but the Enyo in every test simply blew that drive out of the water.

You might notice that our Enyo 2.0 IOPS performance saw a significant drop, and I attribute that to the fact that I conducted a lot of brutal testing on the drive before performing that testing. I’ll talk more about the reasons for this on page four. 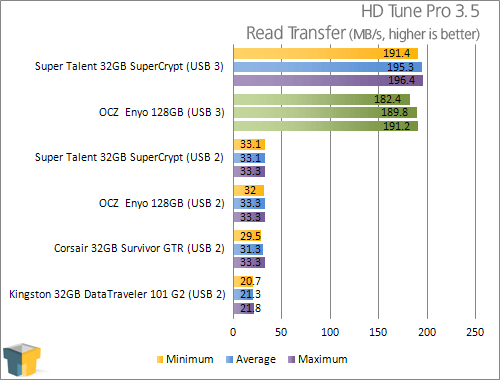 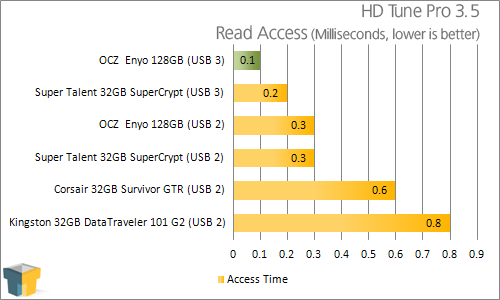 OCZ’s drive had parallelled IOPS performance, but where HD Tune is concerned, Super Talent’s drive manages to be just a little bit faster. In the real-world, differences this minor would be difficult, if not impossible, to notice. The Enyo does become the first USB 3.0 device we’ve tested to see a 0.1 ms seek time, though. 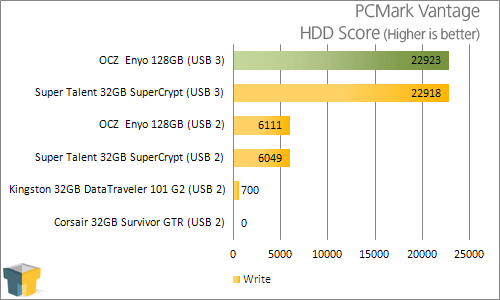 The results here are interesting, and almost surprising. Both the Enyo and SuperCrypt drives posted almost the exact same results across USB 3.0 and 2.0. The Enyo did manage to pull ahead, but only by just a bit. As we receive more USB 3.0 devices to benchmark with, it will be interesting to see if we’re going to see a drive achieve a higher score than that, or see if we’ve hit some sort of ceiling.