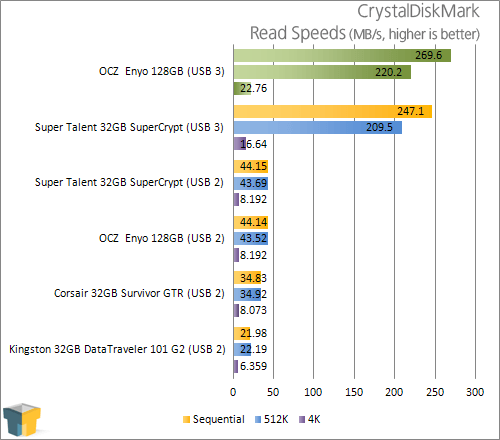 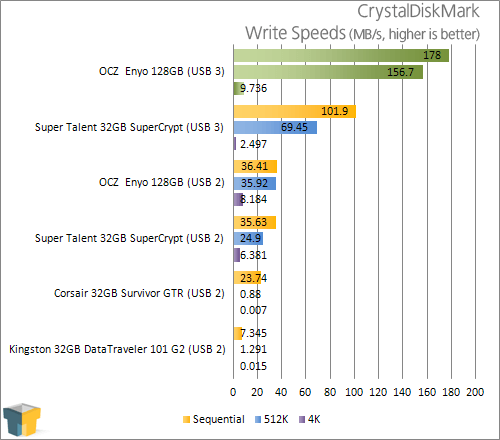 Super Talent’s drive managed to surpass the Enyo in our HD Tune test, but OCZ’s drive blasts back with improved CDM results. The read speeds are not all too different, but the write speeds certainly are, with Super Talent’s drive at about 102MB/s and OCZ’s at 178MB/s. 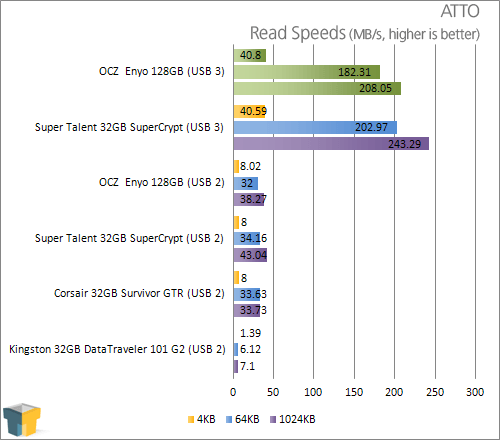 Although our graph puts OCZ’s drive on top, it actually only beat out Super Talent’s drive with the 4K reads. The SuperCrypt drive posted much-improved 64KB and 1024KB read performance. 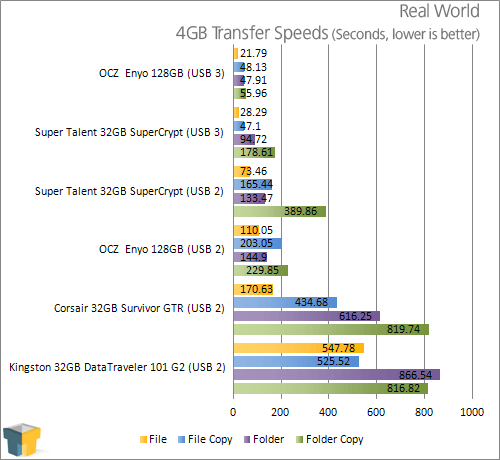 If I could rewrite the definition of “Fast”, I might say “Being able to copy a 4GB file in 22 seconds”. That averages out to 186MB/s! It’s a bit strange that the file and folder copy tests proved so much slower, but Super Talent’s drive exhibited the exact same issue. Even more odd might be that Kingston’s super-budget DT 101 G2 drive was the only one to have speeds faster for copying on the same drive as it did having the data written to it from our fast SSD. Of course, looking at the performance numbers, there’s still not too much to brag about there. 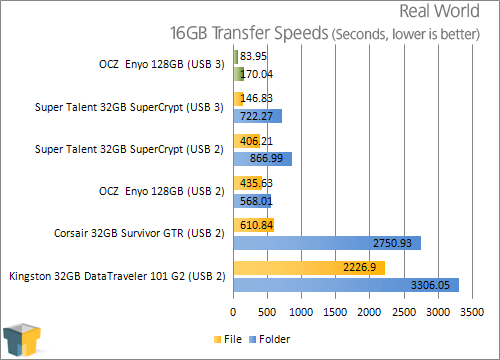 The 4GB performance we saw with the Enyo was impressive, but the 16GB performance is even more so. Our 16GB file copied over in 84 seconds, which is just about 195MB/s. We didn’t quite hit the quoted max write speed of 200MB/s, but we did far surpass the “sustained” write speed of 150MB/s. 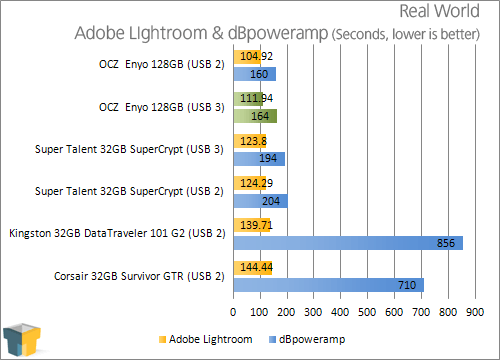 It seemed unlikely that our Adobe Lightroom test would see much of a gain on a super-fast drive, compared to even a standard USB 2.0 device, but I’ve been proven wrong. The Enyo shaved about 12 seconds off of the same test compared to the Super Talent drive, and took an even more impressive 34 seconds off of our dBpoweramp test.

For some reason, the test performed quicker while the drive was in USB 2.0 mode for both tests. Color me confused about that one.