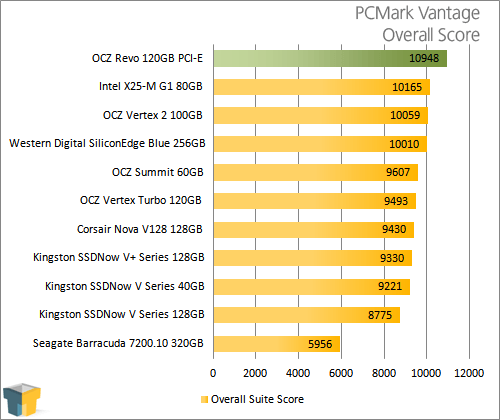 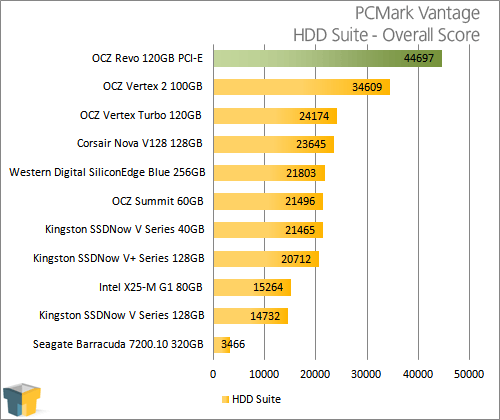 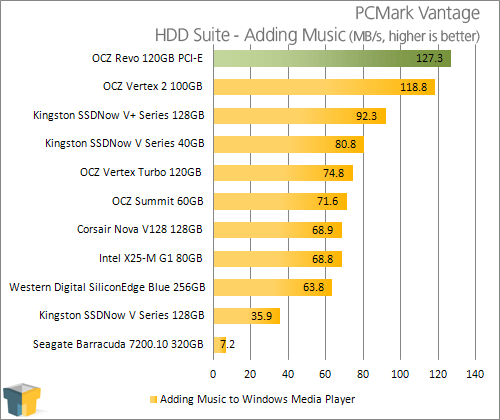 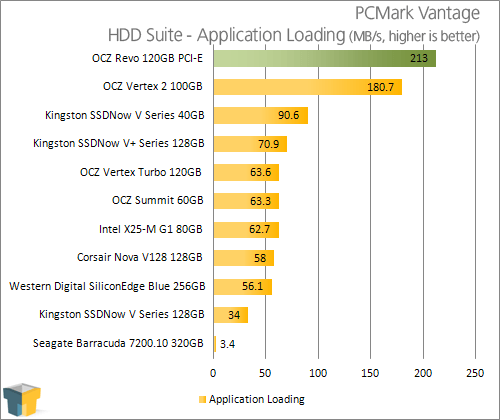 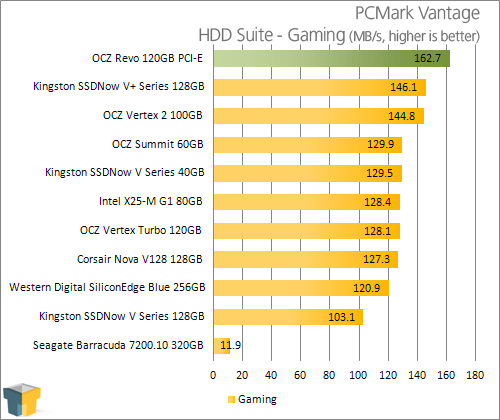 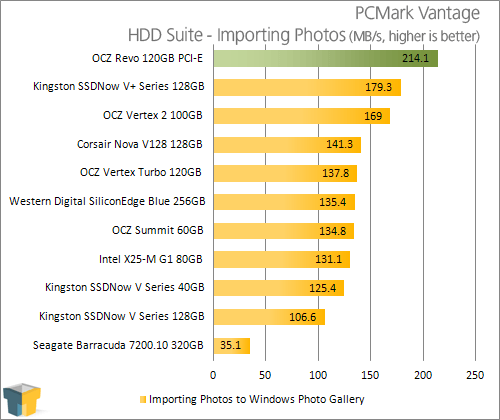 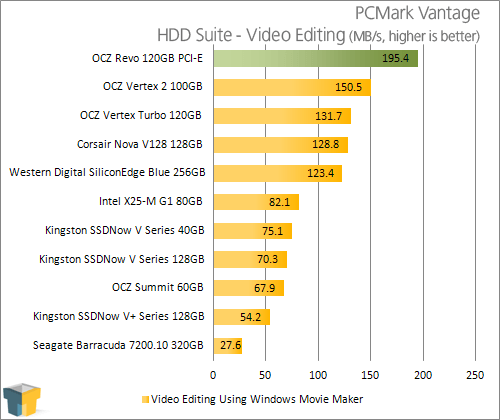 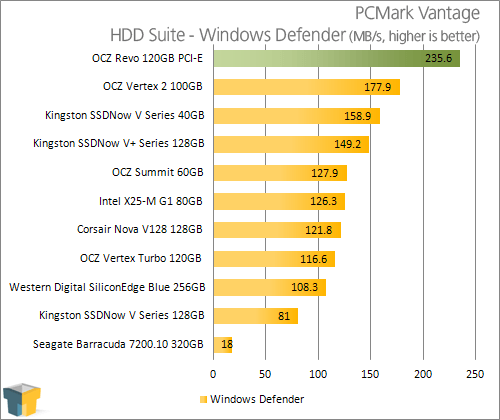 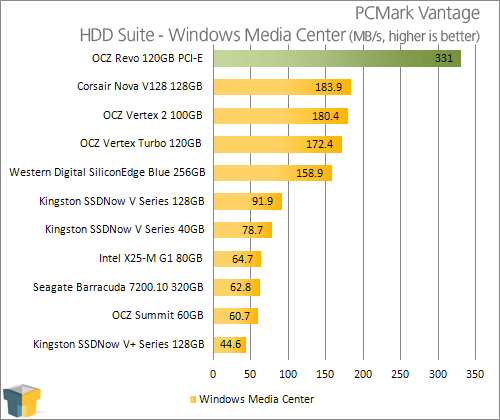 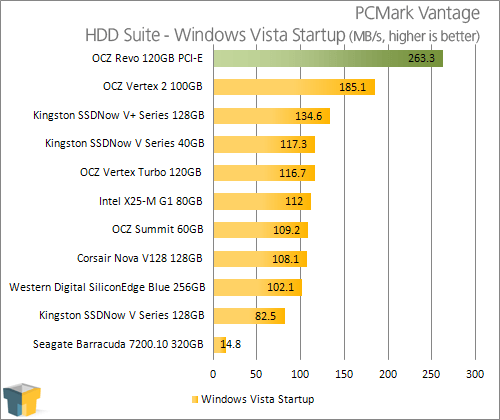 We suspect the results speak for themselves. The increase in the overall PCMark Vantage score is significant, but when focusing solely on the HDD suite score, the RevoDrive makes the Vertex 2 seem like yesterday’s news. We should mention this is highly ironic given the Revo uses the same SandForce SF-1200 controller as the Vertex 2… the only difference being two are utilized in a RAID 0 configuration.

Performance jumps as significant as these are a rarity in the computer hardware realm, where successive processor and graphics card launches bring reasonable but moderate gains of at most 20% or less, on average. By comparison, a single solid-state drive such as the Vertex 2 is able to offer a 43% jump in performance over its already solid-performing Indilinx Barefoot predecessor, yet a contraption such as the RevoDrive is able to trump that by offering a 29% jump over the Vertex 2! Or in other words, the 120GB OCZ RevoDrive delivers an 85% increase in PCMark Vantage over the original 120GB Vertex SSD.