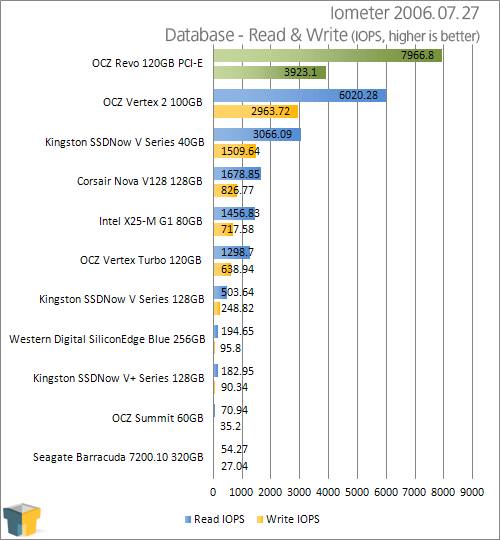 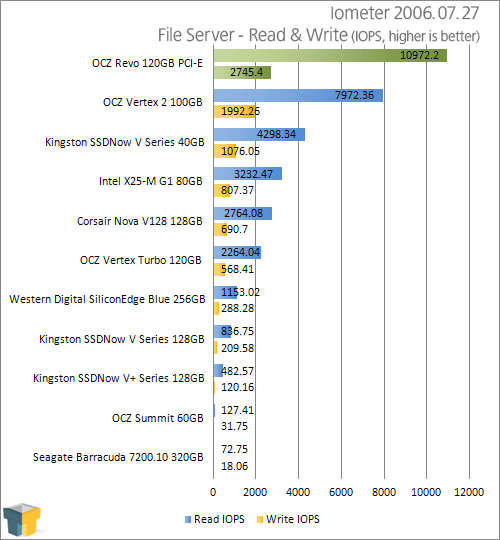 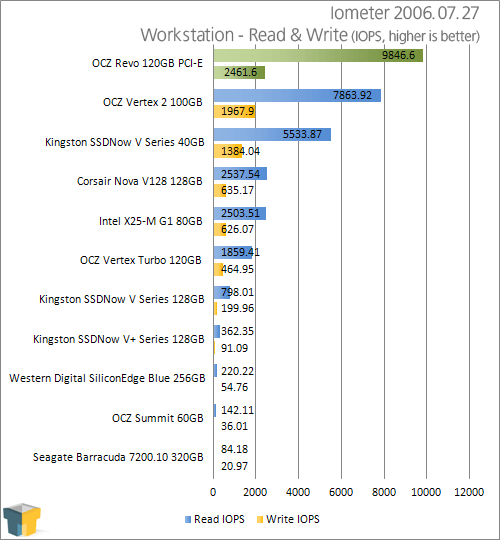 Scenarios such as these are pretty much the bane of hard drives and illustrate why 15,000RPM SCSI drives exist. Ironically, despite Iometer and these tests being created well before SSDs began entering the desktop market, the nature of the tests are going to inherently favor them due to their rapid, near-instantaneous random access times. While we do not have a 15,000RPM or VelociRaptor drive to use for reference, the numbers generated by them would only be little better than the desktop drive results.

If the SSD controller becomes backlogged, it will exacerbate the stuttering, causing file operations that should take milliseconds to instead take up to a full second or more to complete, thereby only compounding the problem. Of course when there are not one but two SF-1200 SandForce controllers that can evenly divide the workload, it becomes much harder to saturate the drive. The sheer power of the SF-1200 controller combined with two of them to split the workload means even these daunting workloads are easily taken in stride. 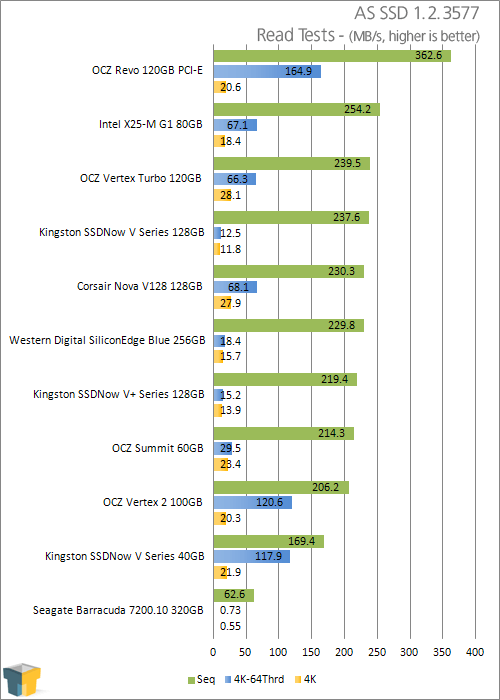 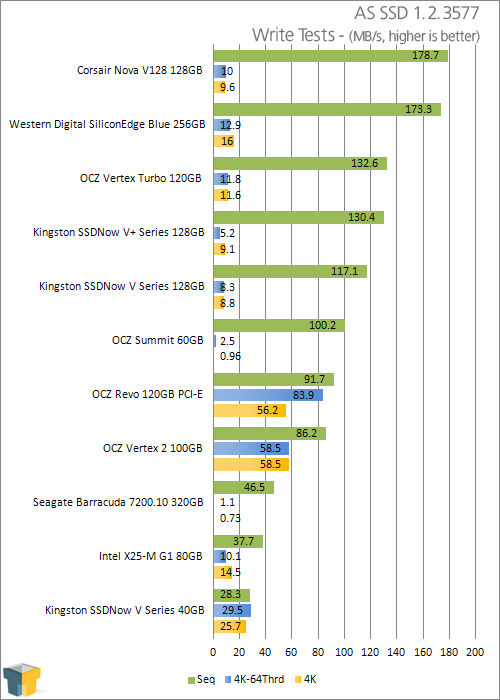 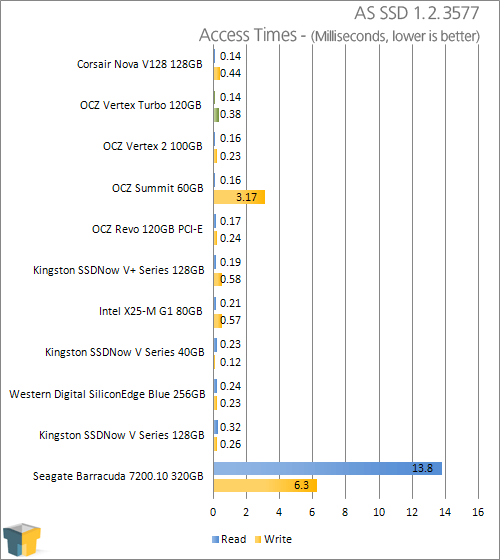 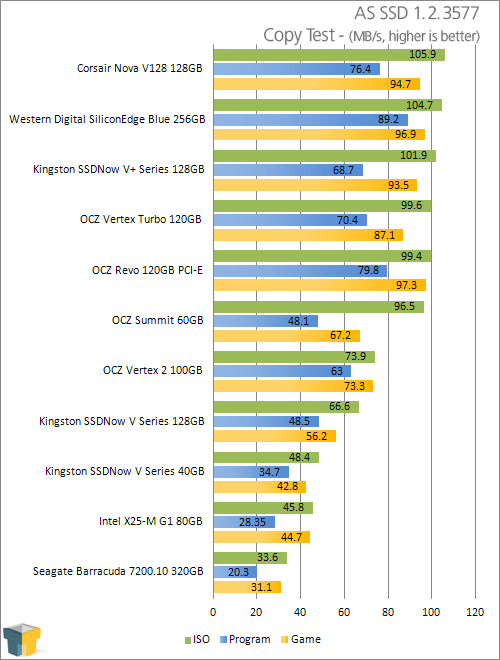 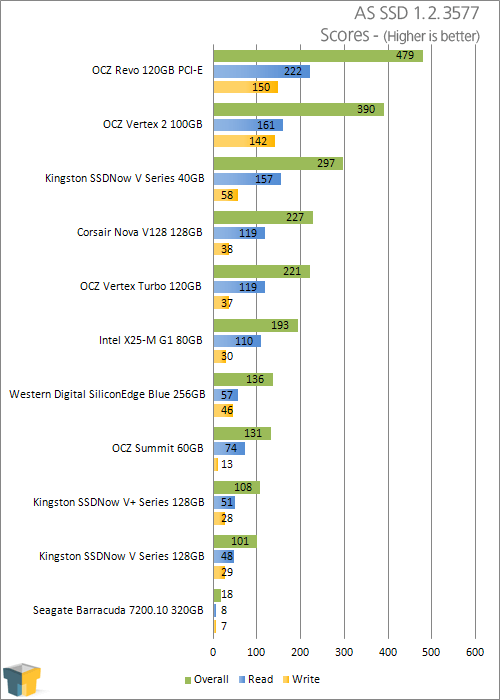 Although several of the results are close, the RevoDrive again walks away with the final score results. Here’s a good point to mention that access times like these are the reason why a mechanical disk RAID array can never be the equal of any good quality SSD. Adding mechanical drives together in RAID does not decrease the initial access latency involved. Concurrent file accesses in RAID can better hide the latency penalty, but it doesn’t actually remove it. In the same way the same is true of the Revo, although two SF-1200 controllers are present in RAID 0, the access times are identical to that of the single SF-1200 controller found in the Vertex 2 SSD.