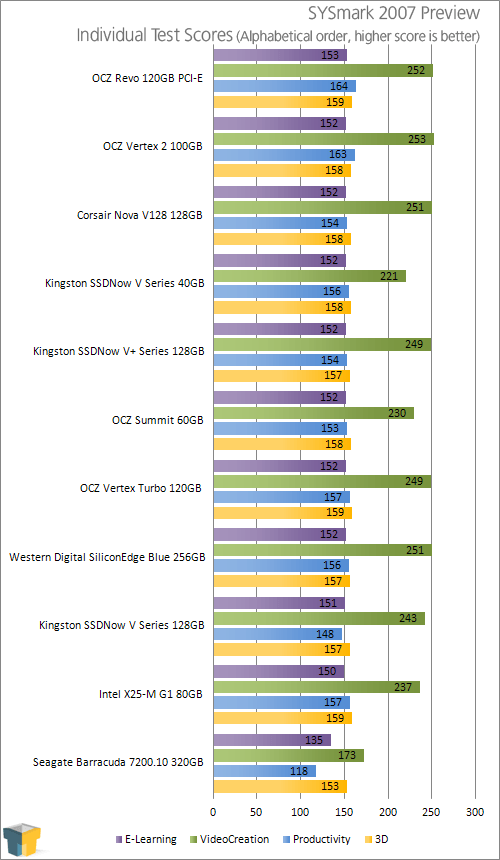 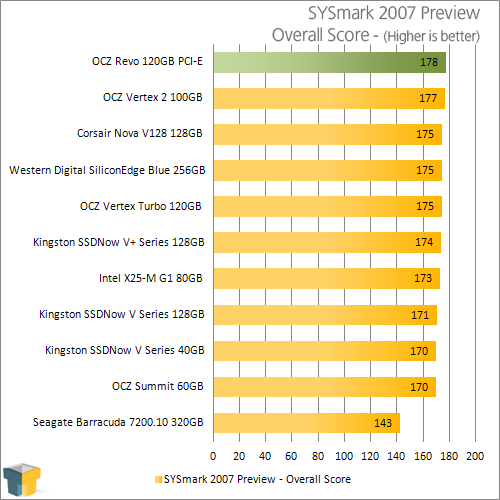 SYSmark’s exhaustive battery of recorded real-world usage tests is an important factor when trying to precisely gauge drive performance. According to BAPCo, differences of 3 points in the final scoring should be considered meaningful. Given the age of this test suite, the “Preview” part of the benchmark’s name, however, is definitely not.

Perhaps most impressive is that even with the OCZ RevoDrive, the overall SYSmark score peaks at 178. While still an impressive feat, it serves as a reminder that not all programs are disk bottlenecked, and in fact most programs simply are not. Short of a disk benchmark or another type of workload that is primarily bottlenecked by the storage medium, it is clear we would see a much larger gain by upgrading the test platform itself before we upgraded from a capable SSD to a drive such as the Revo.