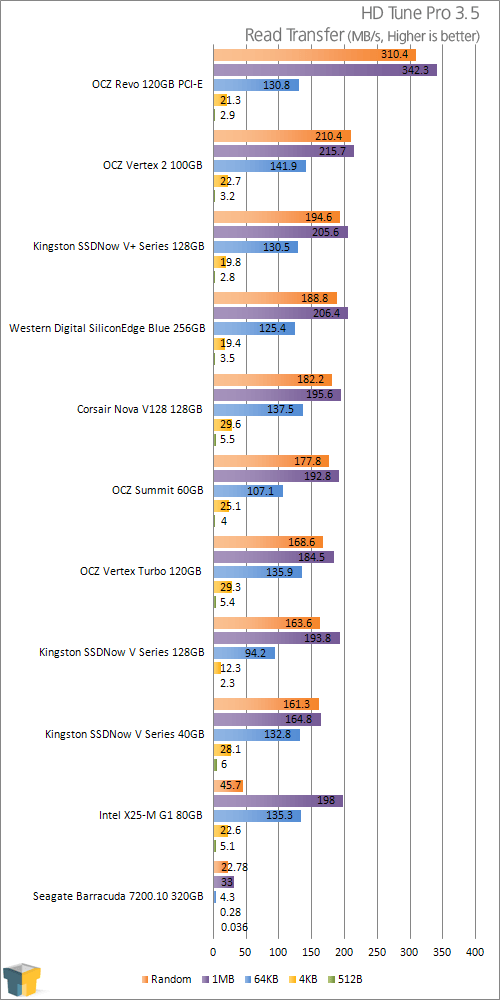 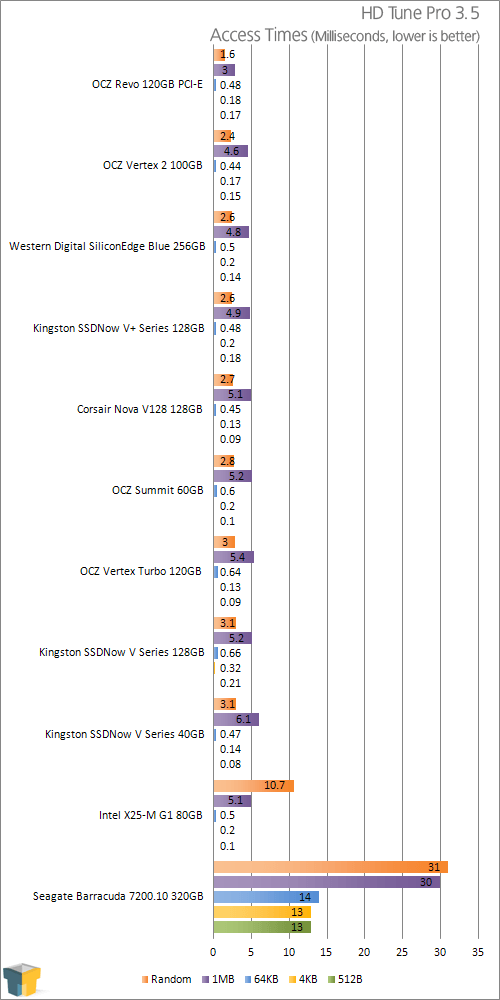 Once again the Revo takes the top spot across the various file sizes in the read testing. And again we show the access times as these are the hallmark of solid-state drives, which can’t be underscored enough. Three milliseconds to read a 1MB file sounds like a long time by SSD standards, but in actuality it’s the quickest time here. The lone mechanical drive requires ten times as long to access the same size file by comparison. Latency isn’t just a flat value, it is determined by the size of the file operation as well as the type. 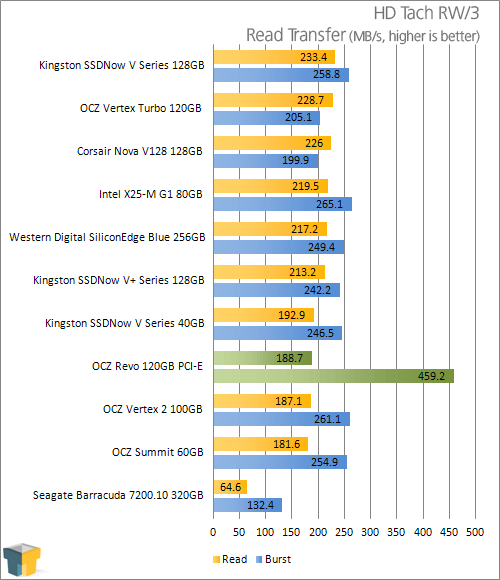 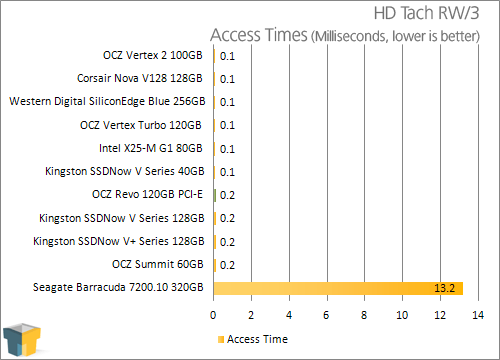 HD Tach might be showing its age here, as it is the only program not updated to work natively in Vista or Windows 7. We can only hope that the announced future rewrite of the program will bring it up-to-date with storage technology as well as current operating systems. The RevoDrive’s results ranks in just above the old Summit drive, but given the best read results are held by a JMicron based drive and other similarly fast drives also fared poorly we aren’t going to give this benchmark too much credence.