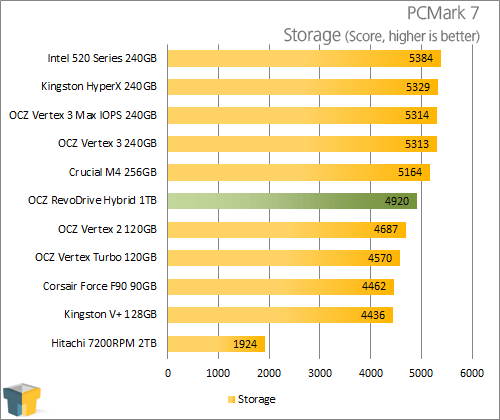 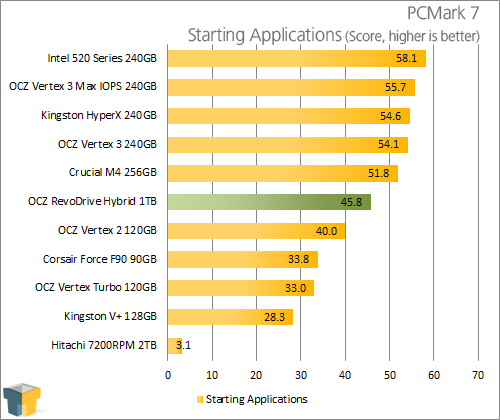 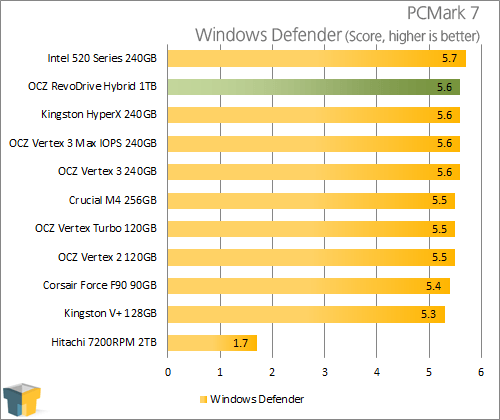 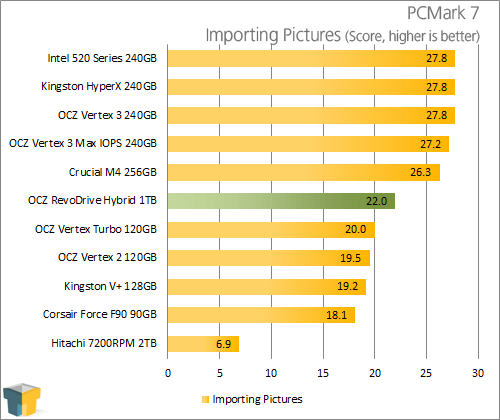 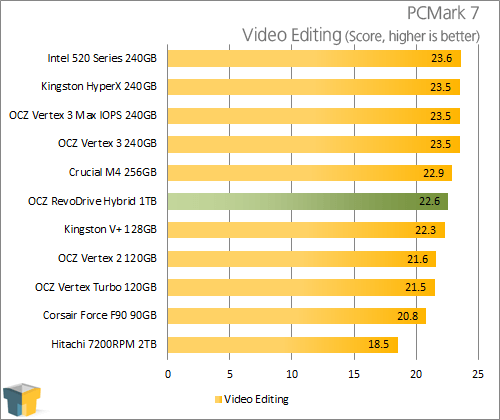 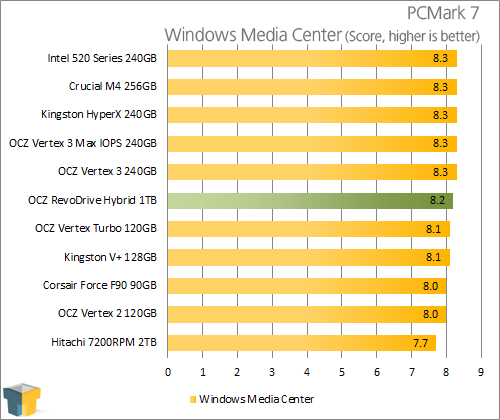 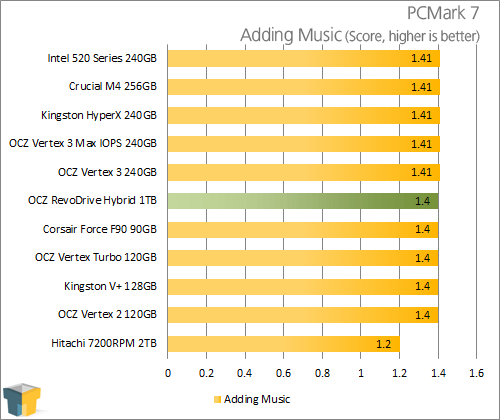 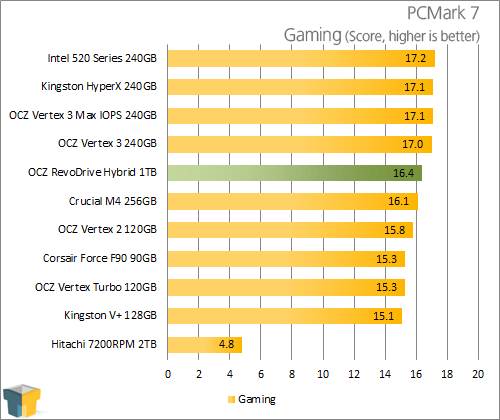 Right off the bat we have some interesting results. Despite packing two SF-2281 controllers, performance is just a few points of the 256GB Crucial m4 SSD. This has to do with how the RevoDrive Hybrid is built; basically it utilizes two 60GB SF-2281 powered SSDs in tandem. For various reasons solid-state drives tend to reach peak performance between 128GB and 256GB capacities, and the smaller the capacity the lower the performance. At the same time, pairing two controllers in tandem provides significant benefits in burst operations and high I/O workloads, which can easily offset the hit in sequential write performance.

With that said, although it did not take a clean sweep, the Hybrid puts up some very respectable performance here, made all the more impressive considering this is actually a large capacity, low-speed laptop drive with a pair of 60GB caching SSDs in front of it. This is a promising start so far.