We must preface that for compatibility reasons we utilized an updated version of Iometer 2010 (RC1 1.1.0) for the Hybrid results in this test. Please keep this in mind as the results are likely not directly comparable and are for reference only.

Iometer will completely fill up the test drive, so it stands to reason the performance we see will be almost entirely just from the hard drive. Results are what we would expect from a traditional hard drive, although it is worth nothing that for a 5400RPM laptop disk drive we see performance matching, and in the Workstation scenario even exceeding that of a full speed 2TB desktop hard drive. This is pretty astonishing, but again we cannot say for sure how much the newer version of Iometer changes the weight of these numbers. That said, the increased areal density of the platters in the Toshiba drive is certainly one contributing factor. 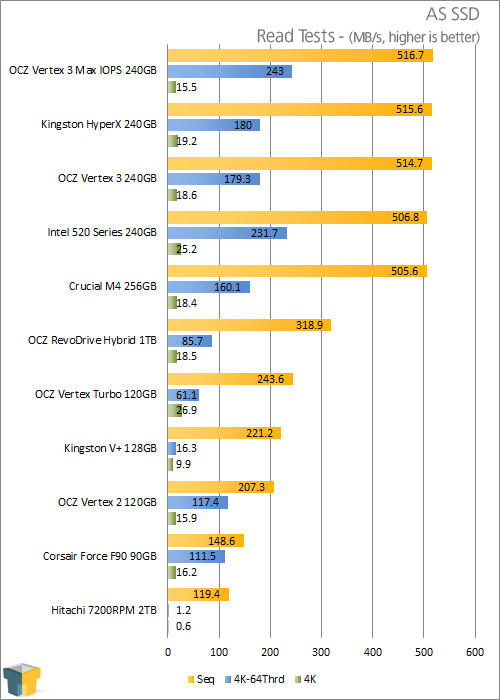 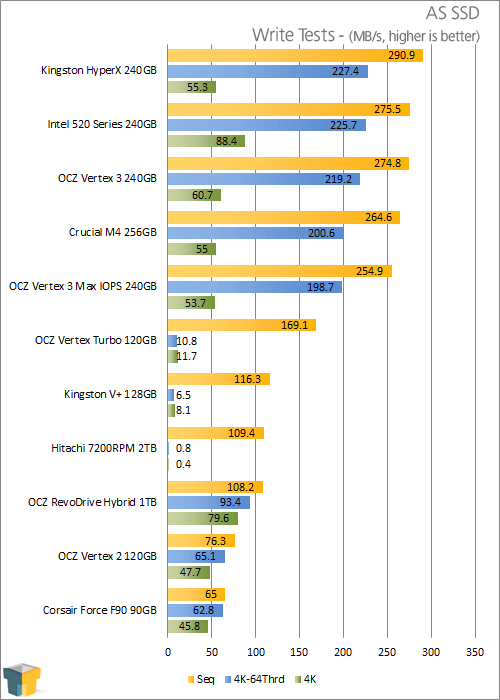 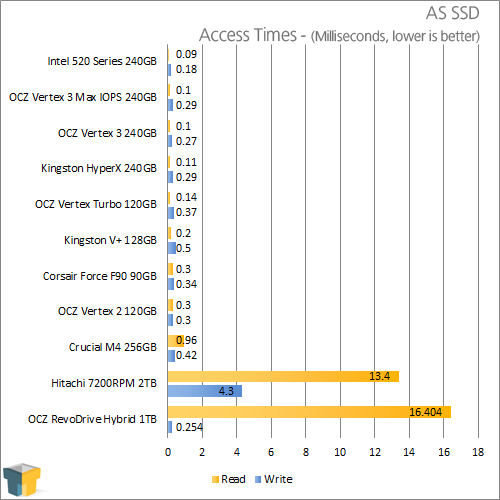 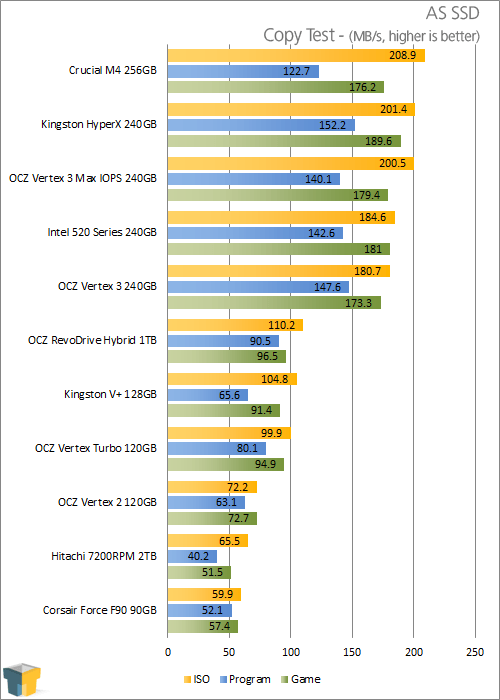 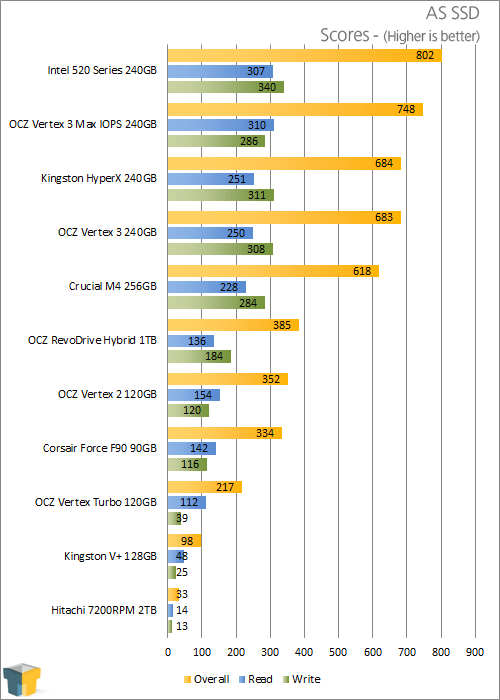 4K-Thrd is similar to the 4K test but spawns multiple requests; basically this tests how good the SSD is at handling multiple file actions at once, aka queue depth. Queue depth wasn’t an issue with HDDs as they were generally too slow to handle more than a few simultaneous IOPS at a time, but with SSDs it is important to have a good controller with a high queue depth.

AS SSD is a program designed exclusively for solid-state drives, but it doesn’t seem to have any trouble with the unique RevoDrive Hybrid. Performance slots in at a fairly respectable level although below that of 240-256GB flagship SSDs currently on the market. Interestingly, for the access times we see 16.4ms reads which is what we would expect from a 5400RPM mechanical hard drive, yet writes are a mere 0.25ms which suggests the SSD caching was doing its job.