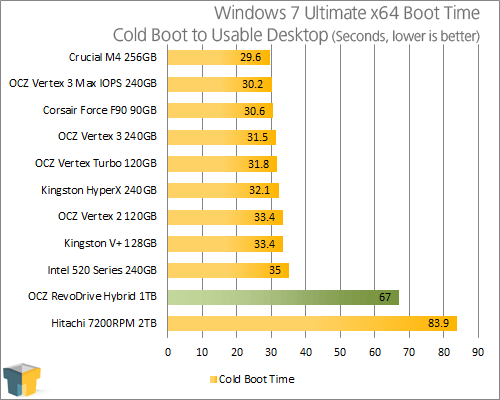 As discussed more in-depth on the previous page, the surprising boot time results for the Hybrid have more to do with something no graph can show. Likely for data security and verification reasons the Hybrid spends 20 seconds initializing before it hands control over to the system to POST. We certainly understand the need for additional data protection in a complex hybrid device such as, well, the Hybrid, but it does serve to hamper the drive in this particular aspect. 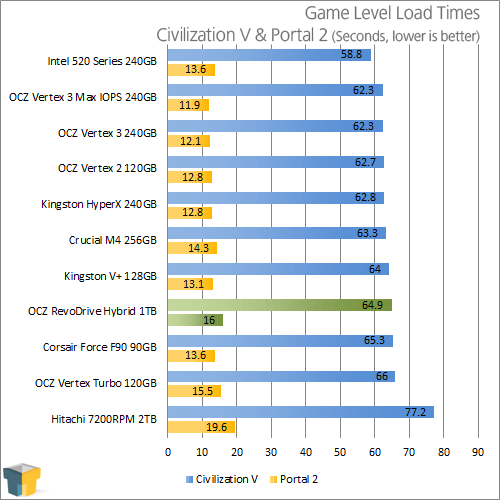 Ending on a mixed note OCZ’s unique drive slides a bit further back in the pack in both game load tests, although it still turns in better times than a standalone, full-speed 2TB hard disk. We noted performance was still improving by the third run before it began to level off on the fourth and fifth runs, so again with sufficient usage the Dataplex software will be able to offer better performance after the initial use as it learns what to cache.