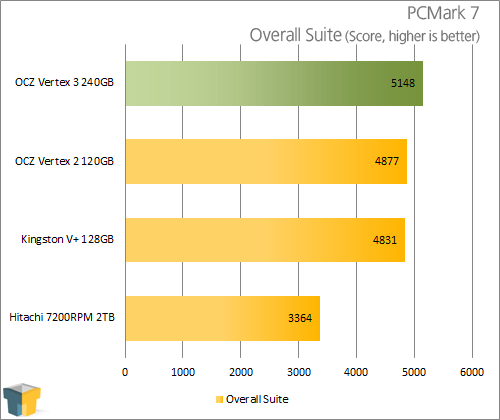 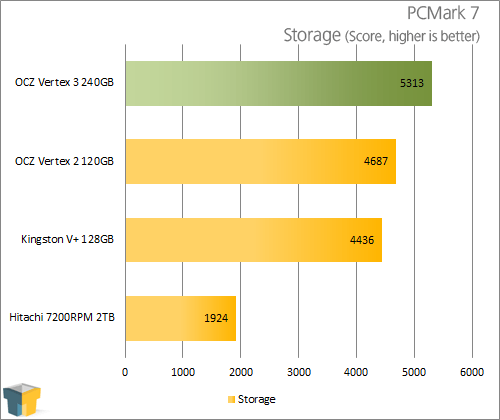 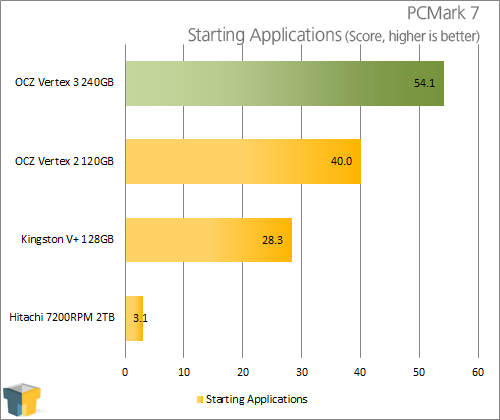 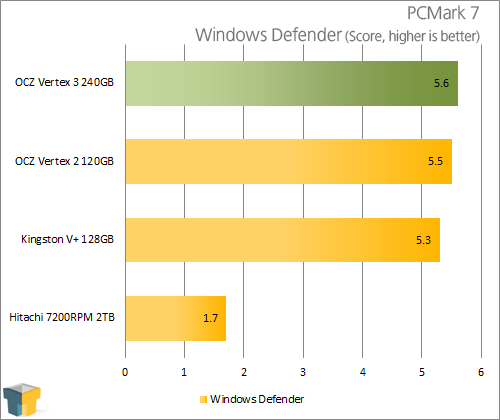 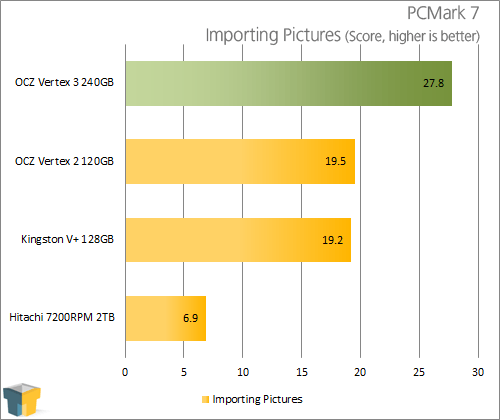 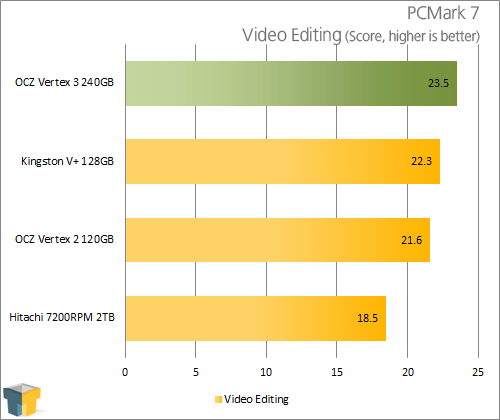 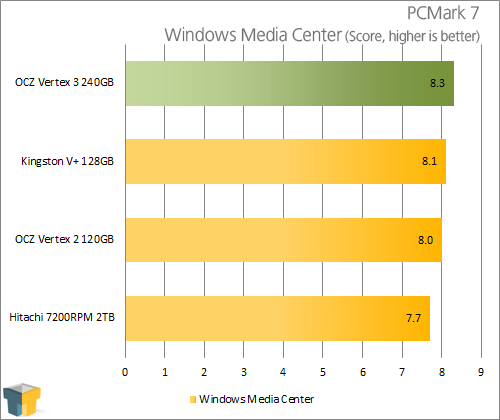 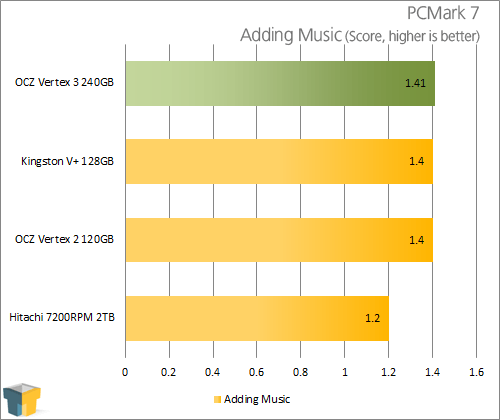 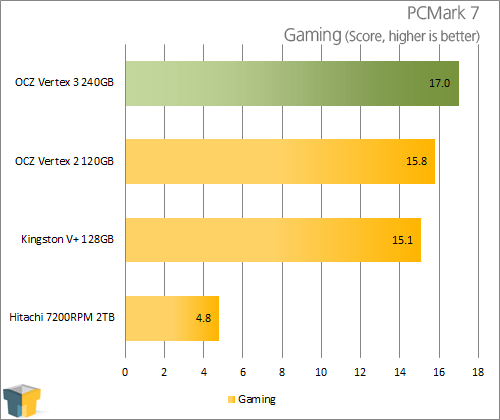 Interestingly, it appears the new PCMark 7 suite does change how SSD scores are computed, as its predecessor Vantage produced some notoriously unexplainable results for us in the past. Pure sequential writes no longer are given as much precedence which is as it should be.

OCZ Vertex 3 does not disappoint and perches neatly atop of the charts – every single one of them. It’s a promising, although not unexpected showing for the SF-2281 powered Vertex 3!