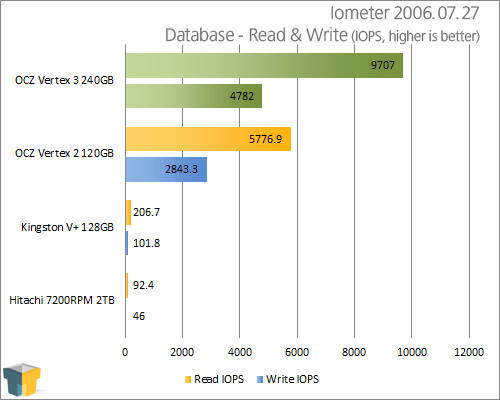 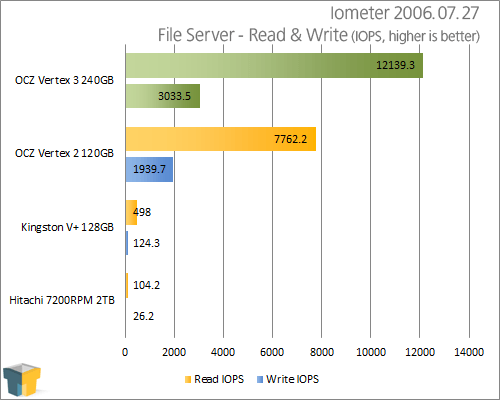 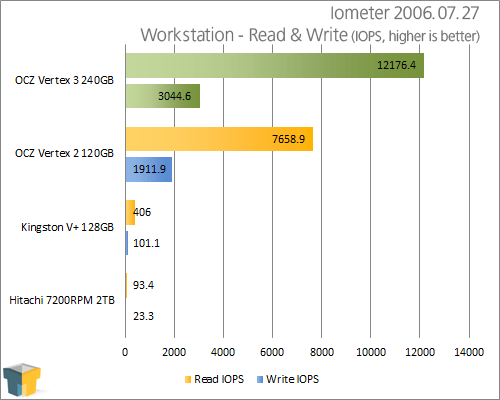 Not much can be said here. Small random file writes of 512B to 4KB are stressful for even an SSD designed to handle them, and Iometer is a particularly brutal test for consumer SSDs in general. Even so the Vertex 3 completely dominates the V2 here. Performance like this is literally unheard of for these types of small file access patterns in these tests. Even trying to compare the Vertex 3’s results to a typical hard drive is just futile here. 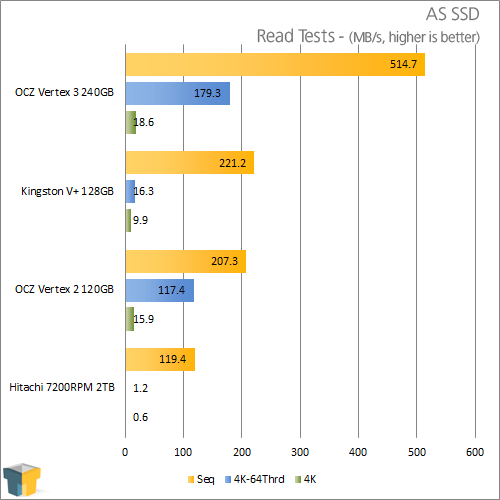 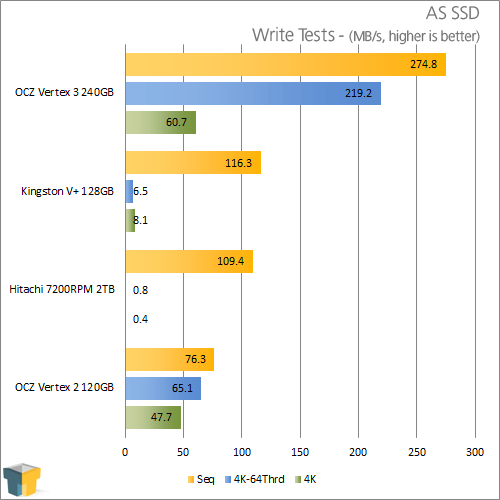 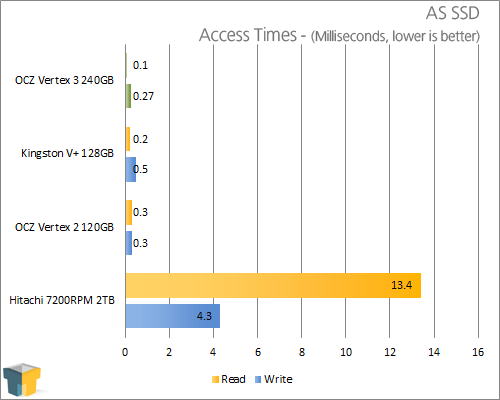 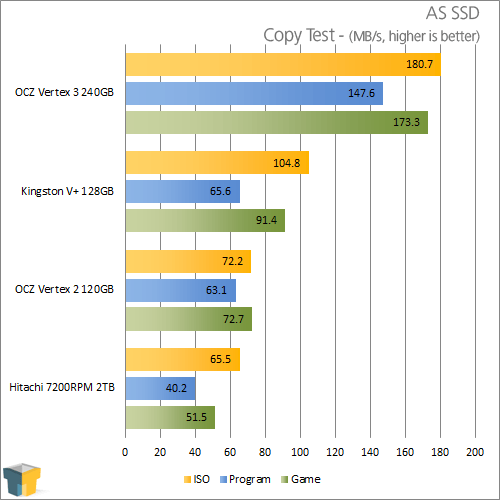 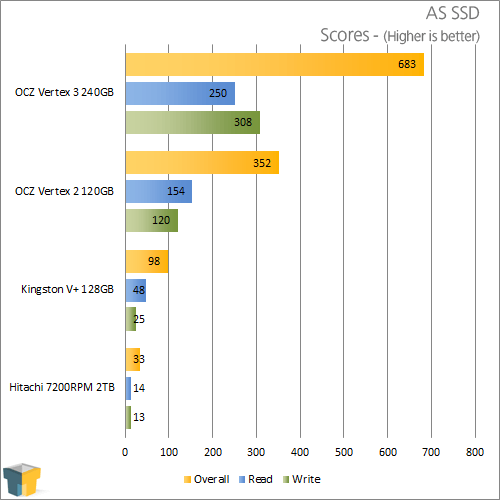 The SATA 6Gb/s interface allows the Vertex 3 room to stretch its legs. When it comes to read requests SSDs have been bottlenecked by the SATA 3Gb/s interface for some time. The interface isn’t responsible for the 4KB and 4K-Thrd scores, however; these are purely due to the controller.

4K-Thrd is similar to the 4K test but spawns multiple requests; basically this tests how good the SSD is at handling multiple file actions at once. Some older SSDs and even current budget SSDs such as the Toshiba controller in the V+ drive are only capable of processing a single data request at a time (known as a queue depth, or QD 1). Obviously the Vertex 2’s SF-1200 could multitask, but its successor takes it up another level entirely. The Vertex 3 simply cleans house with this SSD benchmarking program.