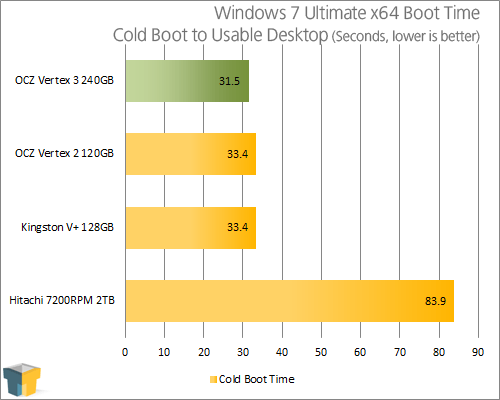 It appears that after a certain point the storage drive is not the bottleneck. Users that overclock their Core i7-2500K or 2600K processors can attain even lower results, but changing the OS will have the largest impact at this point.

The Vertex 3 manages a blazing quick 31.5 second boot time from start to finish, but does even faster with warm boots (a restart with the machine powered on previously) requiring around twenty seconds. 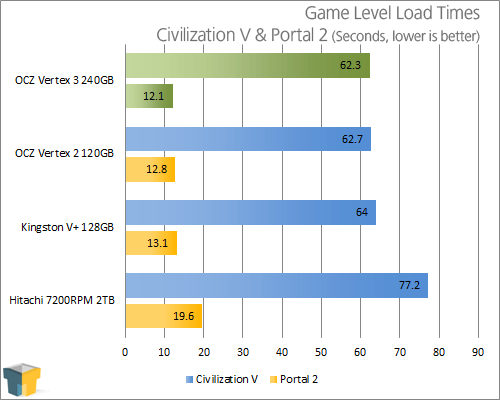 Out of our entire benchmark suite this is probably the worst showing for the Vertex 3, but even so it still wins both game level load tests by a fraction of a second. The important part to take away from this is if you are considering upgrading from a hard drive you will see some very real gains in performance, but the same can’t be said for most SSDs.

The Vertex 3 is 38.2% faster than the hard drive when loading the chapter in Portal 2. After just a couple chapter loads that 38% starts to make a tremendous difference and will go a long ways toward keeping the game experience smooth and immersive.