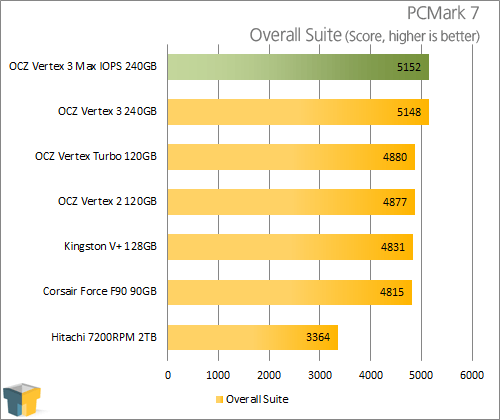 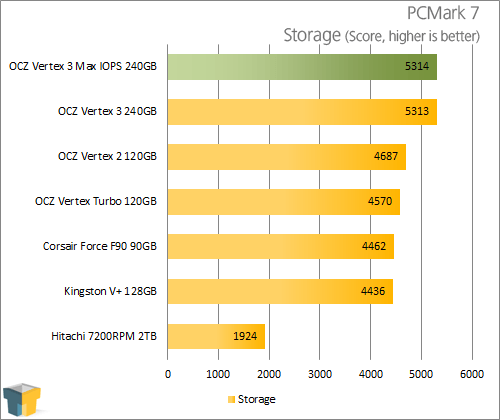 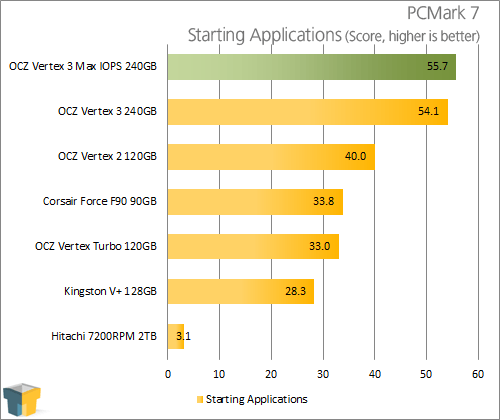 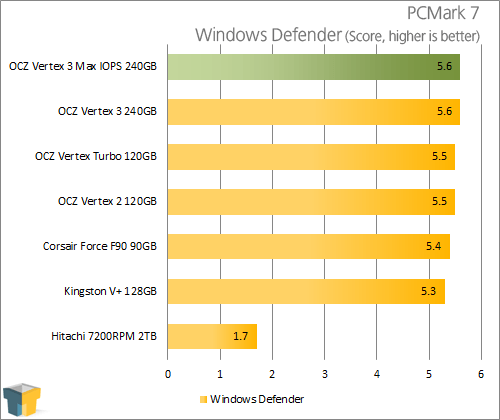 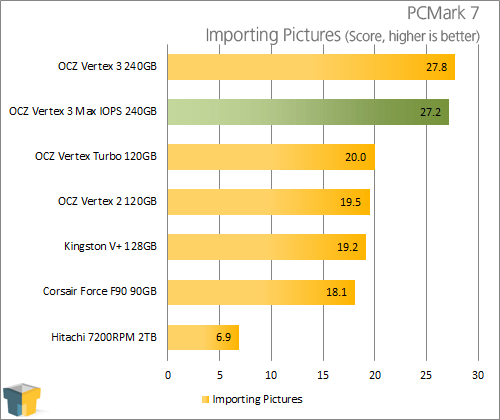 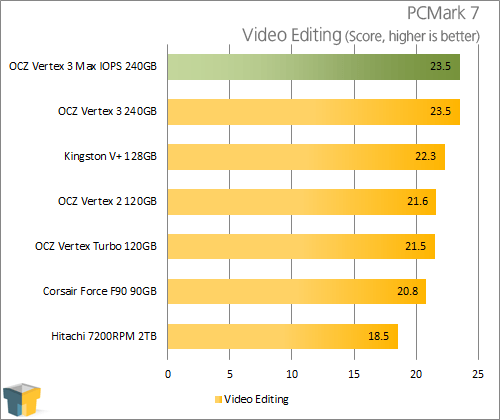 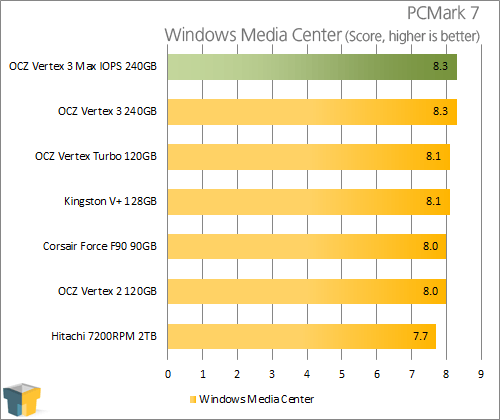 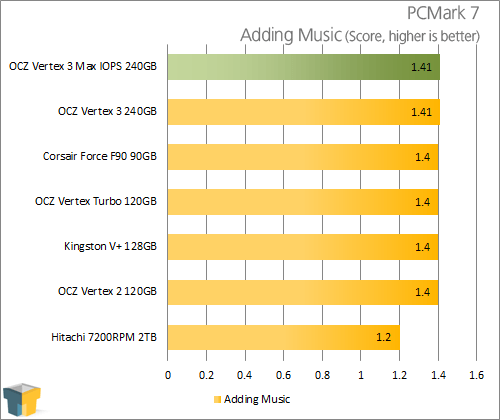 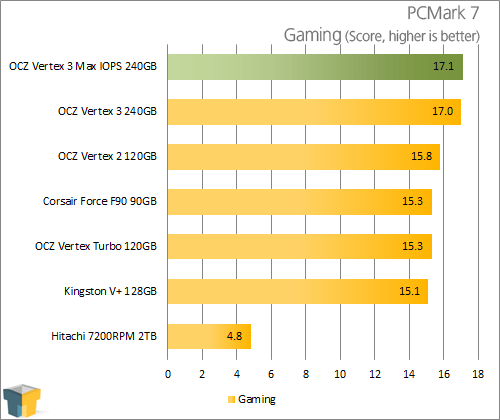 Just as with the Vertex 3, the Max IOPS drive pulls away from the pack through its superior application load times and strong 4KB file operations. The Max IOPS ties or edges out the V3 in every test except one, showing that the drives are still very close to one another in overall performance.