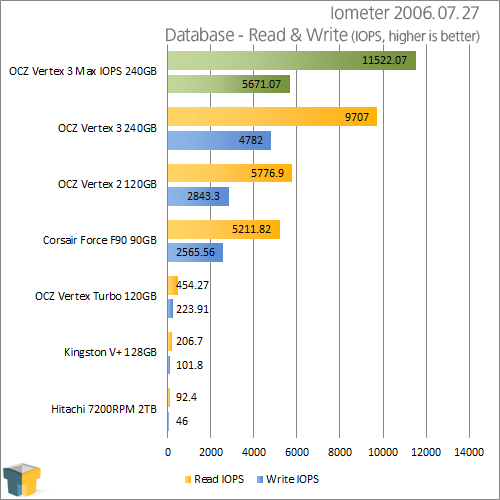 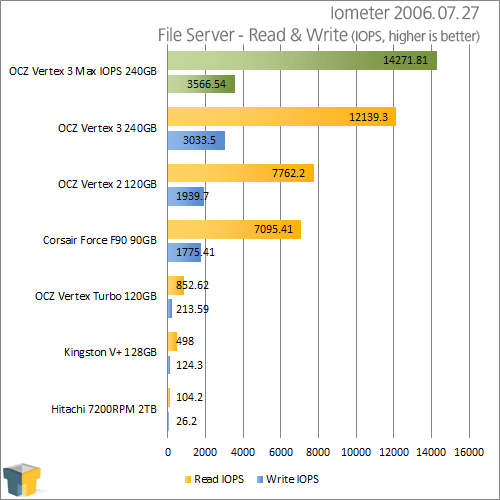 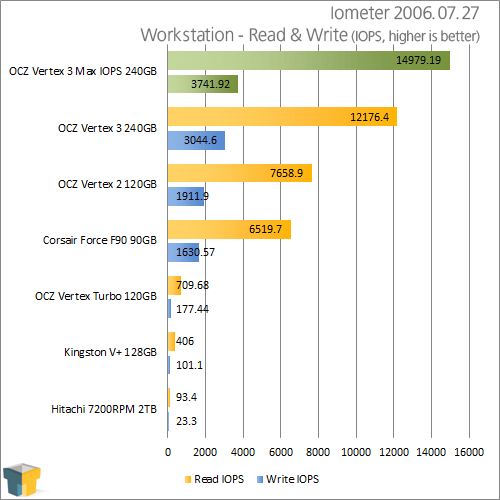 If ever there was a program that could best illustrate the differences between the Vertex 3 and the V3 Max IOPS, it would be Iometer. This program focuses on small file IOPS, primarily 512 byte, 4KB, and 8KB. Although the Vertex 3 laughed its way through these tests, the Max IOPS laughed louder by delivering an average 18.6% increase in reads and writes in the database test, an average 17.5% increase in the File Server test, and a 23% boost in the Workstation tests.

Iometer tests are more suited for server and enterprise workloads, but they do show what the controller is truly capable of. Controllers that do well in these tests tend to show better performance everywhere else. Until now only the first generation SandForce SF-1200 controllers were able to perform well under these sort of workloads. 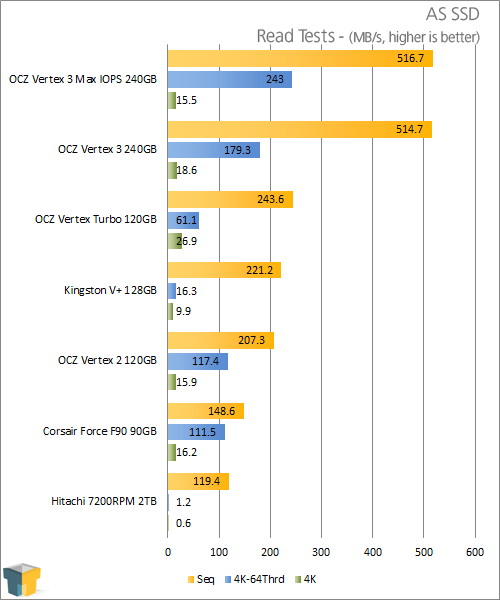 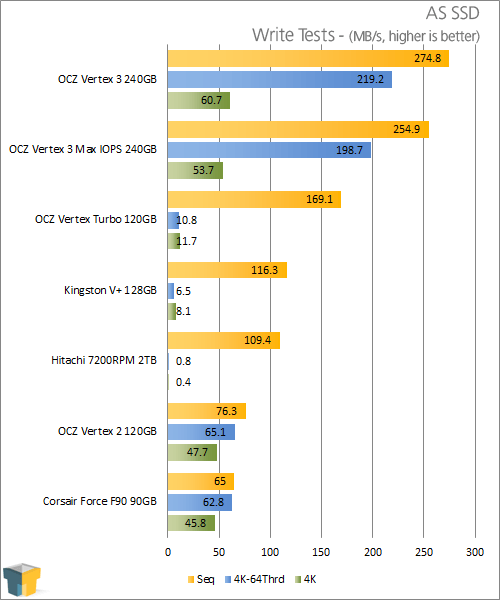 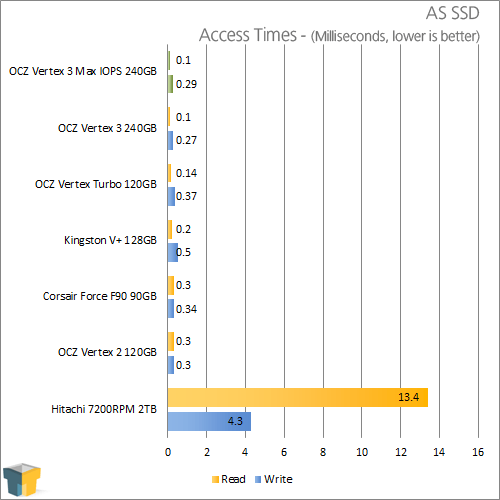 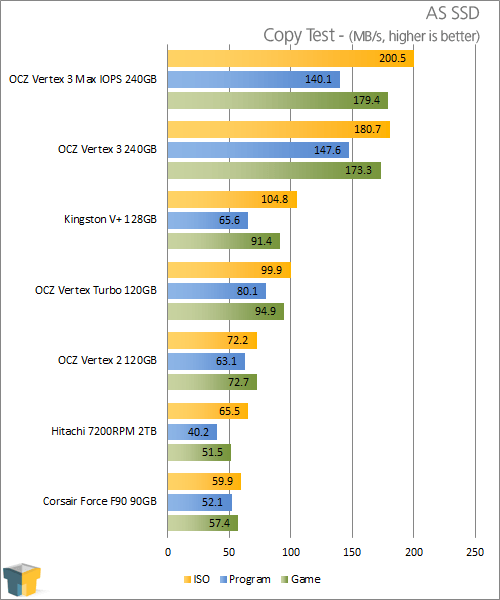 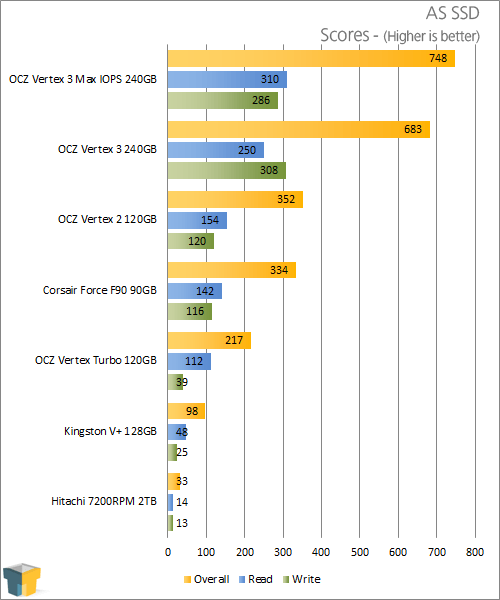 The SATA 6Gb/s interface allows the Vertex 3 (and the Max IOPS) room to stretch its legs. When it comes to read requests SSDs have been bottlenecked by the SATA 3Gb/s interface for some time. The interface isn’t responsible for the 4KB and 4K-Thrd scores, however; these are purely due to the controller.

4K-Thrd is similar to the 4K test but spawns multiple requests; basically this tests how good the SSD is at handling multiple file actions at once, or queue depth. Queue depth wasn’t an issue with HDDs as they were generally too slow to handle more than a few simultaneous IOPS at a time, but with SSDs it is important to have a good controller with a high queue depth.

As one might’ve already guessed, the Vertex 3 and the V3 Max IOPS both clean house with these tests; I’m not sure Alex ever envisioned scores so stratospheric appearing quite so soon with his program! There is one thing that can be deduced from these results though, and that is the Max IOPS appears to trade a small portion of its strong write performance for an even larger increase in read performance compared to the vanilla V3. Even so the Max IOPS consistently scored 9.5% higher in the final overarching SSD score, which is no small feat considering 65 points amounts to a tangible difference in its own right between the other drives.