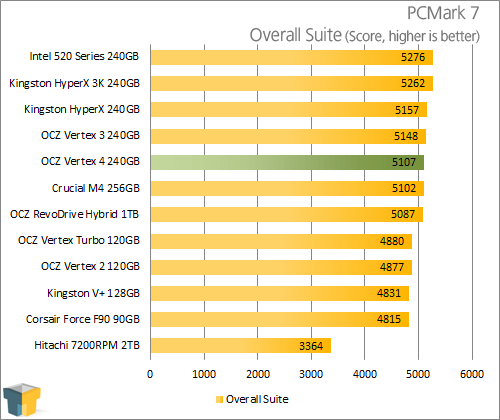 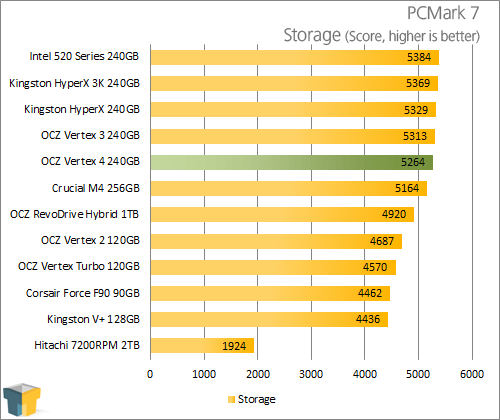 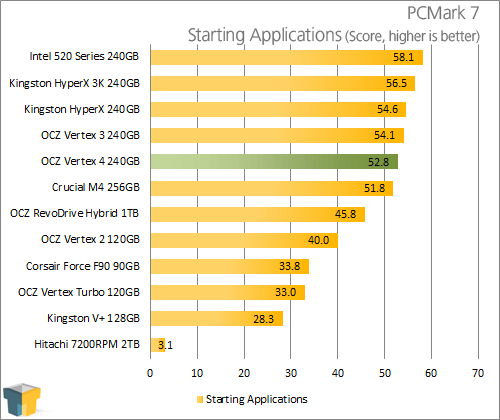 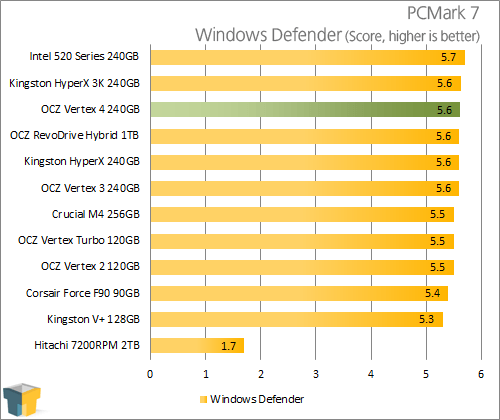 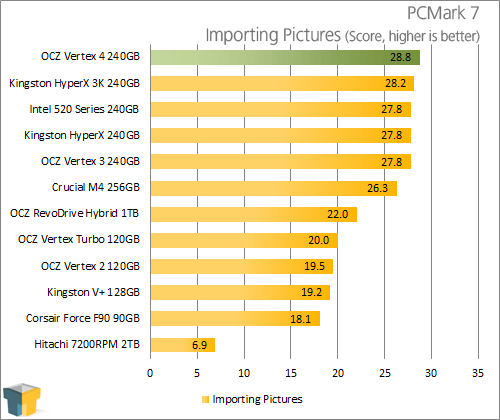 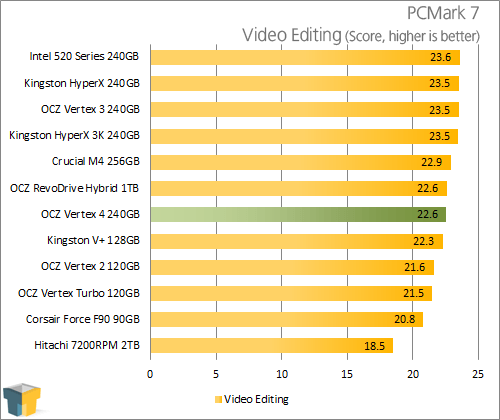 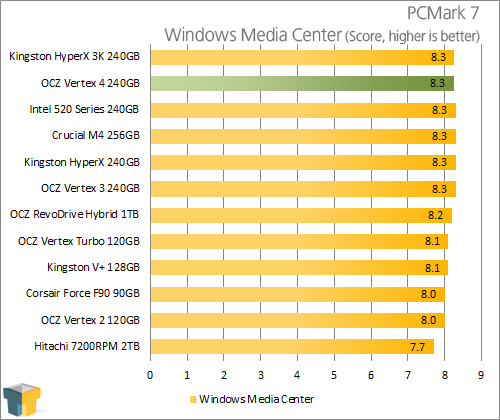 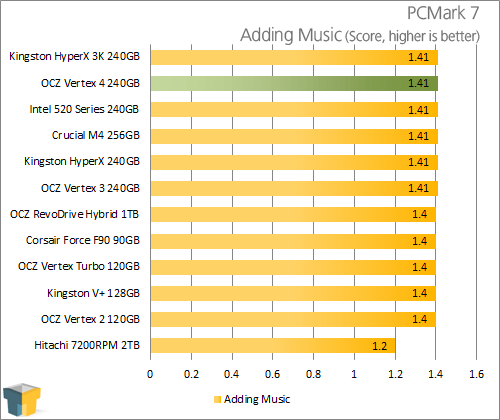 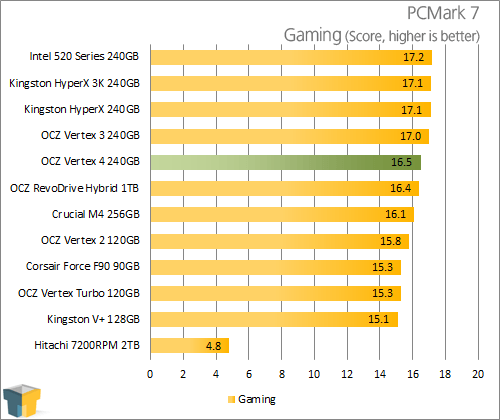 PCMark 7 is a welcome refresh of the PCMark series as it brings with it optimizations for SSD benching and score totaling. This results in a much flatter spread of SSDs in both the overarching score and the storage subsystem score.

Right off, the Vertex 4 proves that SandForce-powered drives are no longer the only choice if you are looking for the fastest SSD available. The Vertex 4 puts in very good numbers across the board with a very minimal spread between the top drives.
The Vertex 4 does deliver the best result we’ve seen in the importing pictures subtest, which is comprised primarily of writes with some data transference. The majority of data access happens at the 4KB level in this subtest which explains everything; the Vertex 4 features the highest 4KB write IOPS ratings we have seen yet on a consumer solid-state drive.