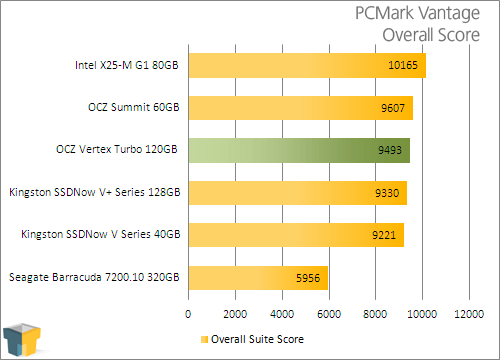 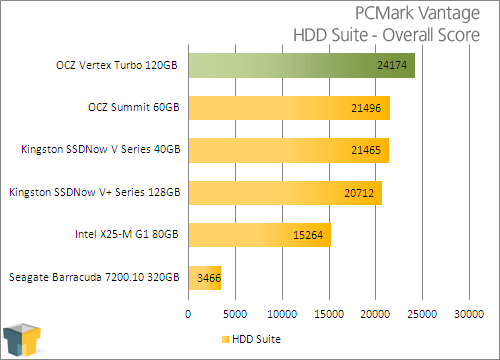 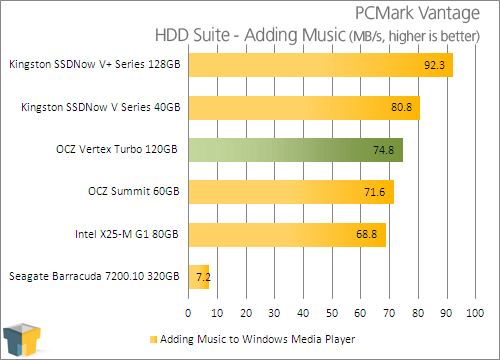 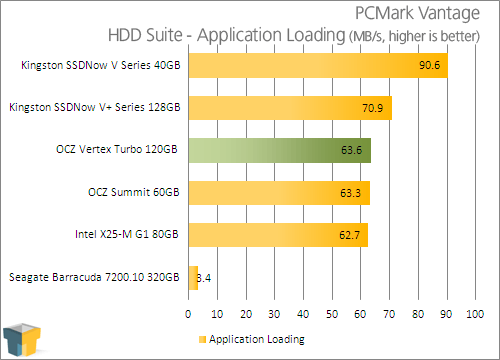 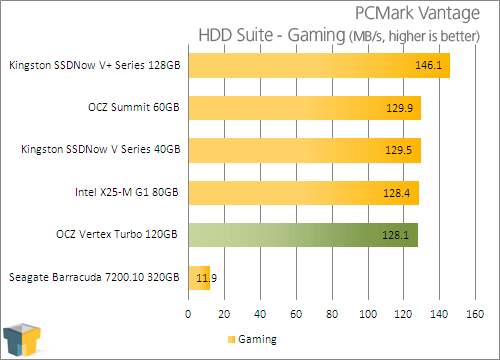 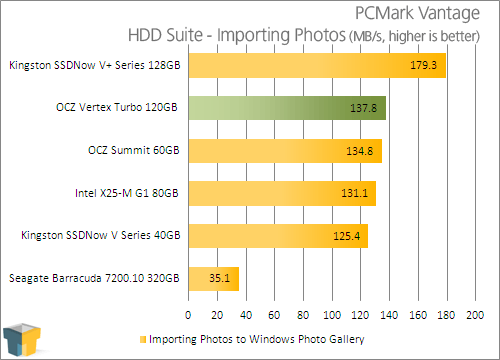 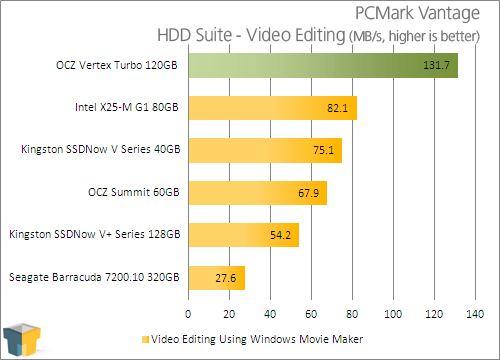 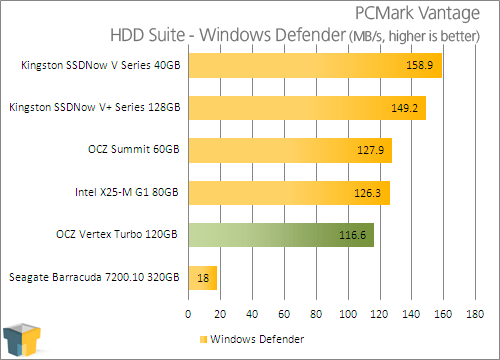 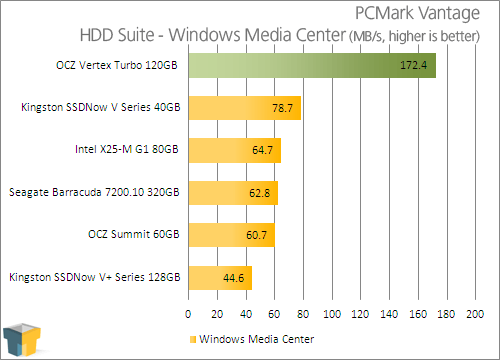 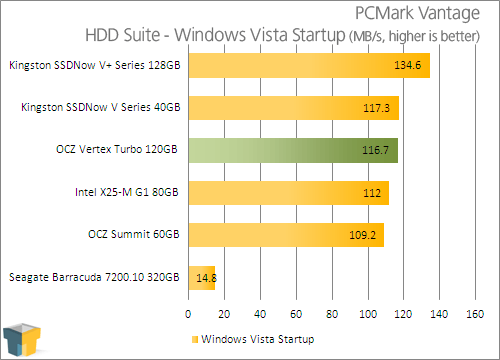 The OCZ Vertex Turbo wades right into the middle of the pack in the overall score, but thanks in part to its blend of high sustained writes and better small file writes (think 4KB sizes) it easily takes the overall HDD Suite score. Taking a closer look at the HDD tests it’s easily obvious the Vertex is all over the charts. While the test results were a little unusual in some graphs, such as the Windows Media Center and video editing tests, they were repeatable. The Vertex seems particularly well suited for any sort of encoding or high bit-rate video tasks.

Of course we can’t forget about the lonely hard disk drive in these charts. One can’t gauge (gage?) how far one has progressed without a clear point of reference and the Seagate Barracuda serves as a good one. It is hard to see just how good SSDs are until you place them side-by-side with a typical desktop drive, and then the differences suddenly became absurd. There just isn’t any other kind of easy, widely available upgrade for the PC that can give these sorts of performance gains today in everyday tasks.

The performance differences between SSDs may seem significant in these charts, but the typical person would be hard pressed to differentiate which SSD was which when placed in their system. The only drive that would stick out loudly during use would be the HDD.