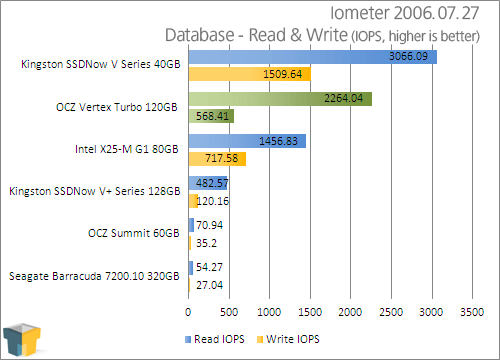 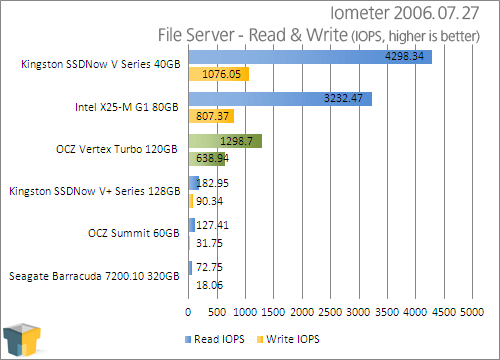 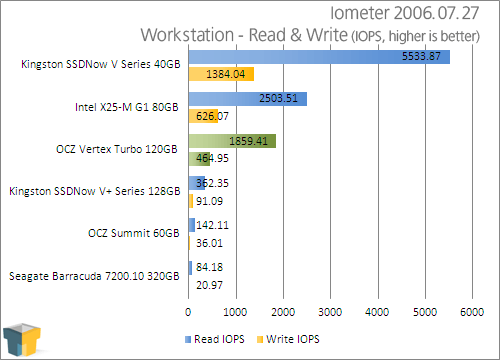 Scenarios such as these are pretty much the bane of hard drives and illustrate why 15,000RPM SCSI drives exist. Ironically, despite Iometer being created well before SSDs even were around, the nature of the tests are going to inherently favor them due to their rapid, near-instantaneous access times. While we do not have a 15,000RPM or VelociRaptor drive to use for reference, the numbers generated by them would only be little better than the desktop drive here due to the large number of tiny random reads and writes to be made across the platter surface.

The large number of 512B to 4KB mixed reads and writes in the File Server scenario will also be the anathema of any SSD controller that was designed primarily for large sequential read & write performance. We can gauge which candidates have the most potential to suffer from performance stuttering with these tests. Very small, random file operations are the worst offenders as they stress the controller the most.

If the SSD controller becomes backlogged, it will exacerbate the stuttering, causing file operations that should take milliseconds to instead take almost a full second (or even more) to complete, only compounding the problem. Unfortunately, the Summit happens to use a Samsung controller optimized solely for large, single sequential writes and makes for a good example as a warning of what to look for.

In the Database and Workstation tests, 8KB file sizes are used. The heavier focus on writes gives the Vertex Turbo a clear advantage over Intel’s first generation X25 in the Database test, although the greater emphasis on random file access and reads in the Workstation test lets it barely edge out the Vertex. The most notable thing to take from these results is the strength of the Barefoot controller, as even the raw speed of the SSDNow V+’s fast Toshiba controller isn’t enough with small file operations to let it play ball here. 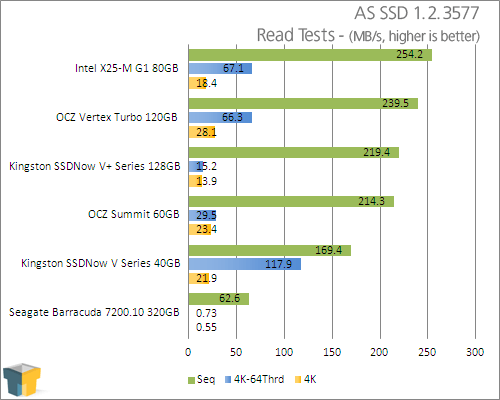 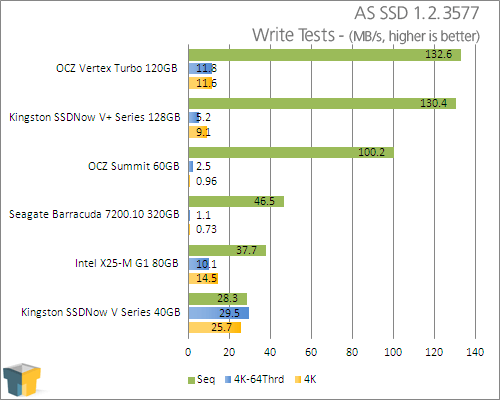 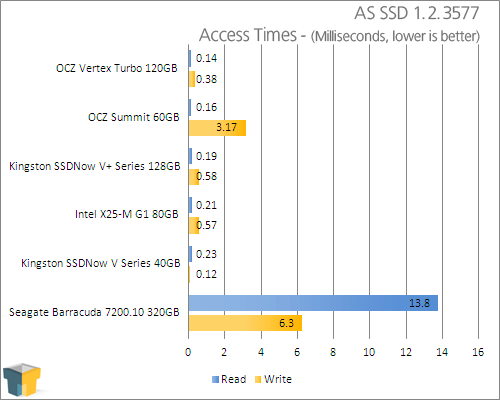 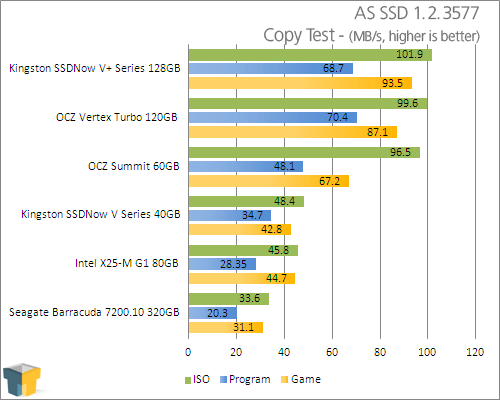 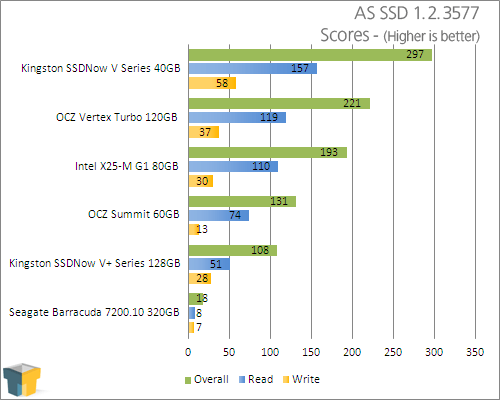 Again the emphasis is on different types of small file operations, as the majority of everyday disk activity involves numerous small file reads with a lower percentage of smaller writes. The X25’s strongest suit has always been read speeds, however the Vertex Turbo comes within spitting distance in the sequential test. For the smaller file reads it matches or beats the X25-M G1.

The X25-M’s largest shortcoming (which is also true for the G2 models) has always been writes. Despite having a lower total write speed than the Kingston V+ drive, better small file handling gives the Vertex a clear lead here.

As for access times, nothing should need to be said here. Access times are exactly why a RAID array will never be the equal of any decent SSD, as adding drives together in RAID does not decrease the access latency to the data. Amusingly AS SSD seems to favor the X25-M G2 controller inside the 40GB “V series” drive, but otherwise the Vertex comes out on top in the final scores.